While growing up in a small village at the southern part of West Bengal, crime always meant the smugglers, the gangsters, the kidnappers, the rapists, the evil monster who wants to take over the whole world. Kilo Kahn, Jingaldeb, Kroor Singh, Samrat Kilvish are the villains I knew. Out of the idiot box, there were only two crime events that we grew up with. One is about an armed robbery at our local jeweller’s shop, in which he lost one leg due to a local bomb. The other one is another armed robbery five kilometres away from my village, where one person was killed. These two stories had turned into myths by the time I grew up and different versions were floating around the village.

But the real crime happened in our small village when I was in second year college. My village is known in the district for its education and culture. Most of the students are studious. Bua (name changed), a brilliant student, was one of them. Though he scored approximately 90 percent in his higher secondary, Bua had a nervous breakdown due to anxiety before the results were announced. He had to and had to quit studies for a year and this had a reverse effect on his mental balance. 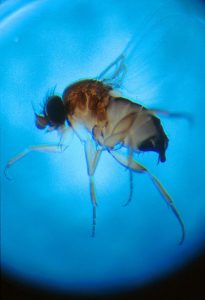 Despite his mental problems, Bua was never harmful. He used to play with kids and build small handicraft artefacts and clay toys. He was also a form of daily entertainment for several kids. It was a normal life till one day we heard that some officers from the Investigation Bureau had come to meet Bua regarding some nuclear threat.

For a village like ours, this news was bigger than even the match fixing scandals in cricket. Curiosity was immense. Some believed that Bua was far from being a psychotic and indeed had created some weapon of mass destruction using his science knowledge. And the IB must have got to know because of the increased radiation around the village. Another theory – Bua was creating an army of kids and training them to be military mercenaries – also found takers.

Being the inspired investigator, having read a whole lot of detective fiction, I decided to interrogate – read ask – Bua’s brother.
This brother of Bua gave me a completely different story. Bua had apparently written a letter to then Prime Minister Atal Bihari Vajpayee informing about his weapon of mass destruction with which he can cause a lot of harm. Somehow the letter actually had reached the Prime Minister’s office and IB officers in the village was just a follow up of that. The officers stayed at our village for almost 20 days, throughout which Bua was under house arrest and put under heavy interrogation.

Interestingly though he was seemingly in trouble, his reputation had touched new heights… for someone who actually managed to write a letter to the prime minister.

The officers left, taking Bua along with them. They also made sure to let people know that there was no such weapon and it was all a creation of Bua’s disturbed mind. Couple of days later Bua returned – to varied reaction. Some pitied him, some sympathised and some merely abusing him!

Things moved on as days past. A week had passed since Bua returned. It was one of those regular evenings when I was just done with my cricket match and along with a friend was eating a coconut ice-cream near our village library. We heard some screams. As we casually finished off our ice cream Bibhas, my friend, looked at me with a horrifying face. He pushed me toward the window and started running. His behaviour surprised me as I looked my socks which were now wet with the ice cream which fell on it as a result of the push. I leaned down to clean my socks only to hear a ear-blasting gong near my ears. My ears went numb for a few seconds.

Something had hit the window, which caused the other half of the ice cream to fall down! I looked up to see a visibly angry Bua trying to pull a huge sickle, which was now stuck in the grills, off the window. Thankfully I realised fast enough that it was possible Bua was not aiming for the window but me! Probably he would have stuck my head off too had it not been for the ice cream which fell off the waffle on my shoes just before Bua swung his weapon!

Before Bua could get his weapon off the window I hit him on his stomach with my cricket bat and ran. I did not stop till I reached home and was safe inside locked doors. My dad brought me news from outside.

Bua was not taking the humiliation very well. Earlier that day he had chopped of his mother’s head with his dad’s sickle when she said something about the issue. His sister-in-law tried stopping him but Bua aimed for her head too. Luckily she moved fast. So he could only chop off her right ear. Then he left home with his weapon to create mass destruction! His killing spree included a rickshaw-wallah, an old pan-shop owner and four other people. I could have been one of them too.

By the evening we heard he was running towards the incoming 6 pm Down Diamond Harbour local train… probably thinking it was another human being (At least we believe so, other wise he had no reasons to go on the train tracks). Bua died instantly.

I had never seen a psychotic killer before and I don’t wish to see another ever. It was one of the most horrifying days that I would never want to forget. Was it crime? Yes. Was Bua a criminal? Debatable! Had those people not ridiculed Bua, maybe we wouldn’t have had to face that day.  Crime is a part of society, and probably society creates criminals too.