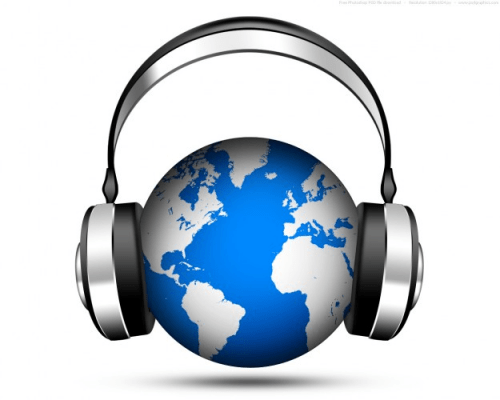 Shakespeare knew exactly what he was saying when he said, “If music be the food of love, play on.” Well that’s how music is. It invigorates, rejuvenates and gives life a whole new perspective. If love gives meaning to life, music gives meaning to love. Coming a long way from live shows to streaming, music has evolved with the evolution of the human race. Technology has not just caressed the cheeks of our lives but also everything that we hold dear, including music. There was a time when you had to maintain an entire music library full of bulky hardware and now all you need is an internet connection. Welcome to the world of online music.

The best radio station out there! Fans swear by the capability of the algorithm to play the exact songs as per the listener’s mood. Pandora selects songs based on feedback from the users and almost always manages to hit the nail in the head. Sadly, available only in the US. Shakespeare was probably wrong.

This one still works. But it’s not free like Pandora. The amalgamation of various acquisitions of Yahoo! has finally been formulated as Yahoo! Music. It works on a similar model as Pandora and is also available on mobile devices.

Well yes, our own true blue Indian music. Raaga.com features music from most of the regional languages in addition to the Hindi music. The site also allows you to create custom playlists and what’s more! It has its own mobile app as well.

Launched in the UK in 2002, Last.fm uses an algorithm called “Audioscrobbler” which creates a detailed profile for the listeners taste in music. The algorithm keeps track of the users’ music activity from multiple sources like internet radio and local music files. Songs are recommended based on this profile. In addition the site offers a wide array of social networking tools to let users share their taste in music.

After the initial success of the acquisition of Nullsoft and others, AOL Music seemed to be doing pretty well. But then came competition and in the aftermath..failure. However, the latest avatar of the site feeds you on the latest gossip in music in addition to songs, including a dedicated sub site for Indian music!!

MySpace started as a social network for musicians and music lovers. With multiple channels and genres, MySpace is now a complete radio featuring rare and unreleased tracks from artists. International music, including Indian music, finds its own space on MySpace.

Saavn features a comprehensive list of popular Hindi songs and prebuilt playlists. The one best point about the song is its ease of use. Available on the phone as an app, Saavn is perhaps the most popular music streaming website among the masses.

Are you a radio fan? Then Tunein is the site to visit. Tunein features radio stations across the globe accessible directly over the internet. Featuring thousands of radio stations, including AM, FM, HD and LP stations, Tunein also comes as an app for mobile devices.

Doesn’t the name say it all? Gaana.com has some neat playlists prebuilt for new releases and popular songs. It also allows for custom playlist creation and also features radio stations. The social networking interface with Facebook’s Timeline allows friends to share what they are currently listening to. Launched recently, much more is expected as the site matures.

There are many more internet based music websites, but the above cover much of the best and the most popular. Though the top ranker is unavailable in India as of now, we hope it does make an appearance soon, since the users swear by its ability to play the right music at the right time. While we wait, the others should pretty much cover for the top ranker. With so many choices available, finding music should be the last thing on our minds, of course, thanks to the internet.

From Ether to here. – A conversation with the Bengali rock band Ether