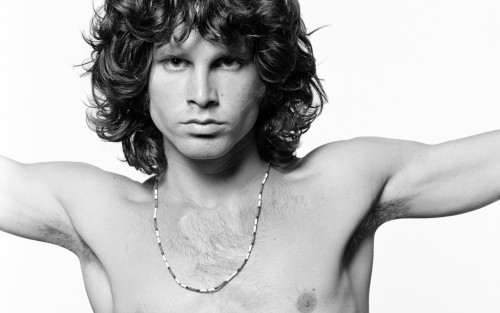 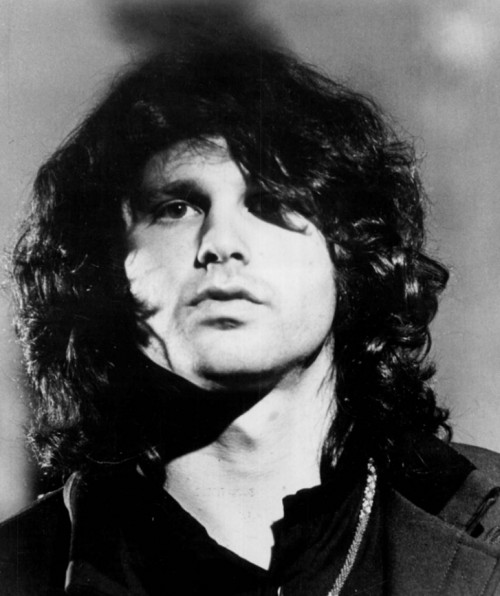 “I am the Lizard King, I can do anything.” –
“I can do anything” took an ugly turn at the infamous Miami concert at the Dinner Key auditorium , when he allegedly ‘did’ almost every thing that propriety shunned. It led to his arrest and almost destroyed the Doors.

The Lizard King’s quest however ended in an overdose after alcoholism had wrecked his bloated body.

The Miami concert incidentally had taken place on March 1st, 1969 and this is my tribute to the legend he was.

James Douglas Morrison was the son of Admiral Sir George Stephen Morrison and Clara Clarke Morrison had half Scottish and half Irish ancestors. He was born in Melbourne, Florida, U.S on December 8, 1943 .Jim’s early life was the kind of nomadic existence that’s typical of many children who grow up in military families. Being raised in a strict and disciplinarian environment, Morrison was a dutiful and respectful child who did extremely well at school, and excelled at swimming and other outdoor pursuits. For a while, his parents hoped that he would follow his father into the Navy, and enter the United States Naval Academy at Anapolis, in Maryland.

According to Jim Morrison himself, one of the most important and formative events of his life occurred when he was just five years old. The family was taking a road trip in New Mexico, when Jim and his parents and grandmother came across the scene of a road accident whilst travelling through the desert,He believed that the souls of the newly-dead Indians were running around, “freaked-out”, and that one of the souls had entered his body. Curiously, Morrison’s parents have denied that the incident in the desert ever took place. Jim wrote about the incident in the words of his song, ‘Peace Frog’, and also in the song, ‘The Ghost Song’: “Indians scattered on dawn’s highway bleeding, Ghost’s crowd the young child’s fragile egg-shell mind.” Jim has said that he realised the Indians were bleeding to death, as there was no medical assistance available, and that he, as a small child, felt deeply afraid as he witnessed the event..  Commenting about the incident, Morrison has said that he was so upset, his parents told him he was “just having a bad dream”, in order to calm him down. But regardless of his parents’ denial, Morrison referred to the incident repeatedly in song, poems and lyrics throughout his life. That particular incident , real or imaginary, you might say defined his life.

After graduating from UCLA in 1965, Jim headed for the artsy, bohemian communities of artists and musicians who hung out in and around Venice Beach.Jim was a keen poet, he hooked up with fellow ex-UCLA student Ray Manzarek, who was immediately intrigued by Jim’s writing and lyrics. The two budding bandmates were joined by drummer John Densmore shortly afterwards. The guitarist Robby Krieger auditioned for the group at Densmore’s recommendation – and so “The Doors” were born, a sound that was highly innovative, and a fitting accompaniment to Jim’s distinctive, haunting baritone voice. Jim’s songs tackled dark and powerful subjects, such as death, murder and madness, along with the traditional themes of sex and drugs and rock and roll. The Doors’ guitarist, Robb Krieger, also contributed on the song writing side, and wrote or co-wrote many of the band’s most famous numbers, including ‘Touch Me’, ‘Love Me Two Times’ and most importantly, ‘Light My Fire’.

Throughout his musical career, Morrison was as notorious for his rampant sexuality and promiscuity as he was for his drug-taking and rock’n’roll lifestyle. Although he met his life partner and long-term companion, Pamela Courson, long before he became famous, and stayed with her until his death, the couple frequently quarrelled, allegedly on account of Morrison’s infidelity. According to rock legend, the Doors’ singer frequently slept with his female fans and also had many short-lived liaisons with celebrity women, including Nico from The Velvet Underground, Grace Slick from Jefferson Airplane and the singer Janis Joplin.

From the late 1960s onwards, Morrison became more and more dependent on drugs, and experimented with a wide range of hallucinogenic substances, including LSD (acid),saying he wanted to have a break from performing in order to focus on his writing. He moved to Paris in 1971, died on 3 July and was found death in his bath by his wife Pamela. He had dried blood around his mouth and nose, and large bruises on his chest, which suggested that he may have had a haemorrhage though there is endless speculation about the real reasons for Jim Morrison’s death as there was no autopsy done on his body.

I can make the earth stop in
its tracks. I made the
blue cars go away.

I can make myself invisible or small.
I can become gigantic & reach the
farthest things. I can change
the course of nature.
I can place myself anywhere in
space or time.
I can summon the dead.
I can perceive events on other worlds,
in my deepest inner mind,
& in the minds of others.
I can
I am

Jim Morrison is buried in the famous Pere Lachaise cemetery, in the eastern suburbs of Paris contains the remains of thousands of celebrated artists, writers and musicians, including Edith Piaf, Max Ernst and Oscar Wilde,but ” KATA TON DAIMONA EAUTOU” Jim Morrison’s grave is one of the most popular graves in the cemetery, and has also become one of the most famous tourist destinations in Paris and a must visit place whilst one is in Europe.
The Doors discography :
______________________________

The Doors (1991), A film by director Oliver Stone, starring Val Kilmer as Morrison.

10 Hindi Music Cassettes which Shaped my years of Growing Up…