How the stone gathered moss

How the stone gathered moss – the history of rock music: 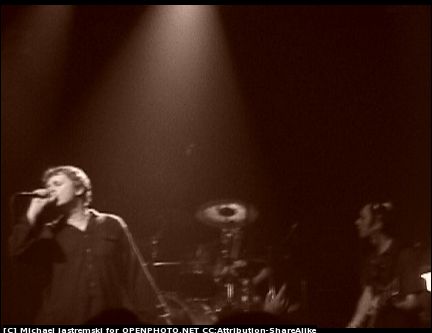 Though the actual beginning of rock music is highly debatable, it would still be safe to assume that it happened somewhere in the musical roots of the early days of rock and roll. Any form of rock music traditionally has always been known to have a strong beat, a rhythm. And in the early days when rhythm and blues was making an impact, it was also giving an opportunity for the behemoth to rise, the music of rock and roll. The earliest versions of rock and roll started with acts like Little Richard, Chuck Berry, Bo Diddley and Jerry Lee Lewis. Richard’s fast paced “Tutti Frutti” and Jerry Lee Lewis’ “Great Balls of fire” are just a couple of examples of how the music transformed into the strong paced version that we know of today. While the US was seeing a movement, the UK where most of the big rock acts would be born was witnessing a revolution in itself. Musicians were waking up to the movement called Rock n roll.

As the years progressed, so did the music and before the world could be ready, the King “Elvis” had already invaded the world. With a thumping beat and a fast paced rhythm, Elvis Presley shook the world with a powerful voice and a band as powerful, the King, had started a revolution. A new genre. Rock music had officially attacked the world. The early years also brought about multiple sub genres within the rock and roll scenario. The early years also laid the ground for the traditional rock band line up with a drum line, a bass guitar, a lead guitar and a lead voice.

Along the years from 1940 to the 1960, Rock n roll saw a saw some of the genre defining acts like Buddy Holly, The Crows and the El Dorados.

Although, rock n roll had been born in the USA, it was crossing shores to the land of Queen, Great Britain. Cliff Richard had the first hit with “Move It”. Around the same time, the core music score was also being peppered by harmonies and rhythms, thanks to the all girl groups and the fast paced dance trends of the 50’s. With new acts like Aretha Franklin, Stevie Wonder and Marvin Gaye setting a new path for the music, the best part of rock n roll had just begun.

By the early 1960s, the rock music scene had erupted. With the major onslaught coming from the USA and the Great Britain, some music of sheer brilliance emerged from the bands like The Beatles, Led Zeppelin, The Rolling Stones and The Yardbirds. The Beatles, with their sheer lyrical wizardry and Led Zeppelin powered by their harmony were instrumental in defining the path that Rock music would take in the future.

By the 70s, it was the era of the guitar. Started in the late 60s and spilling over into the 70s, were a group of guitar wizards like Jimi Hendrix, Eric Clapton and Stevie Ray Vaughan. It was also around the time when, the Doors, Bob Dylan and Jefferson Airplane were making their present felt with various sub genres of Rock Music. If Dylan stood for folk rock, Pink Floyd had started the genre of psychedelic rock and The Doors and Jefferson Airplane were laying the groundwork for hard rock. The Grateful Dead and Creedence Clearwater Revival were two other bands with a distinctive sound of their own with immaculate guitar riffs and a good soft beat.

In its adolescence and growing up fast, Rock music grew the best from the 70 to the 90s, also considered as the golden period of rock music. Multiple genres were born in the three decades ranging from soft rock, the punk to metal to heavy metal. Covering every single genre and band would be equivalent to writing a full blown book. But acts like The Scorpions, Bruce Springsteen, Poison, Black Sabbath, Tom Petty and the Heartbreakers, Aerosmith, Deep Purple, Kiss, Motorhead, Judas Priest, Pearl Jam, Alice Cooper, Queen, The Ramones, The Sex Pistols, The Clash, ZZ Top, The Allman Brothers and Lynyrd Skynyrd were some of the acts that defined the golden era of rock music.

It was also the time when Rock music gained a bad name for the eccentricities of the bands and their stars, the unchecked use of drugs and the innumerable deaths and suicides of the musicians.

Around the late 80s and the 90s, the wild child had grown. With the bands dwindling and the eccentricities reducing, the world was soon turning its face away from rock music when Nirvana come up. With a very distinct heavy toned down guitar sound, the sound of rock was back on track. With the revival came U2, REM and a host of revivals. Everyone from Bon Jovi to Aerosmith were back in the studios.

With the turn of the century, technology had been at the forefront and music couldn’t escape either. Electronic music and djs were now a part of the standard rock bands. Bands like Limp Bizkit, Korn and Linkin Park have been actively using electronic music as part of their standard score.

Marilyn Manson’s prophesy of “Rock is dead” had been buried safely. Rock music is still alive and kicking because rock isn’t about music, it’s a state of the mind.

Music For Your Valentine
Sing-Along Playlist