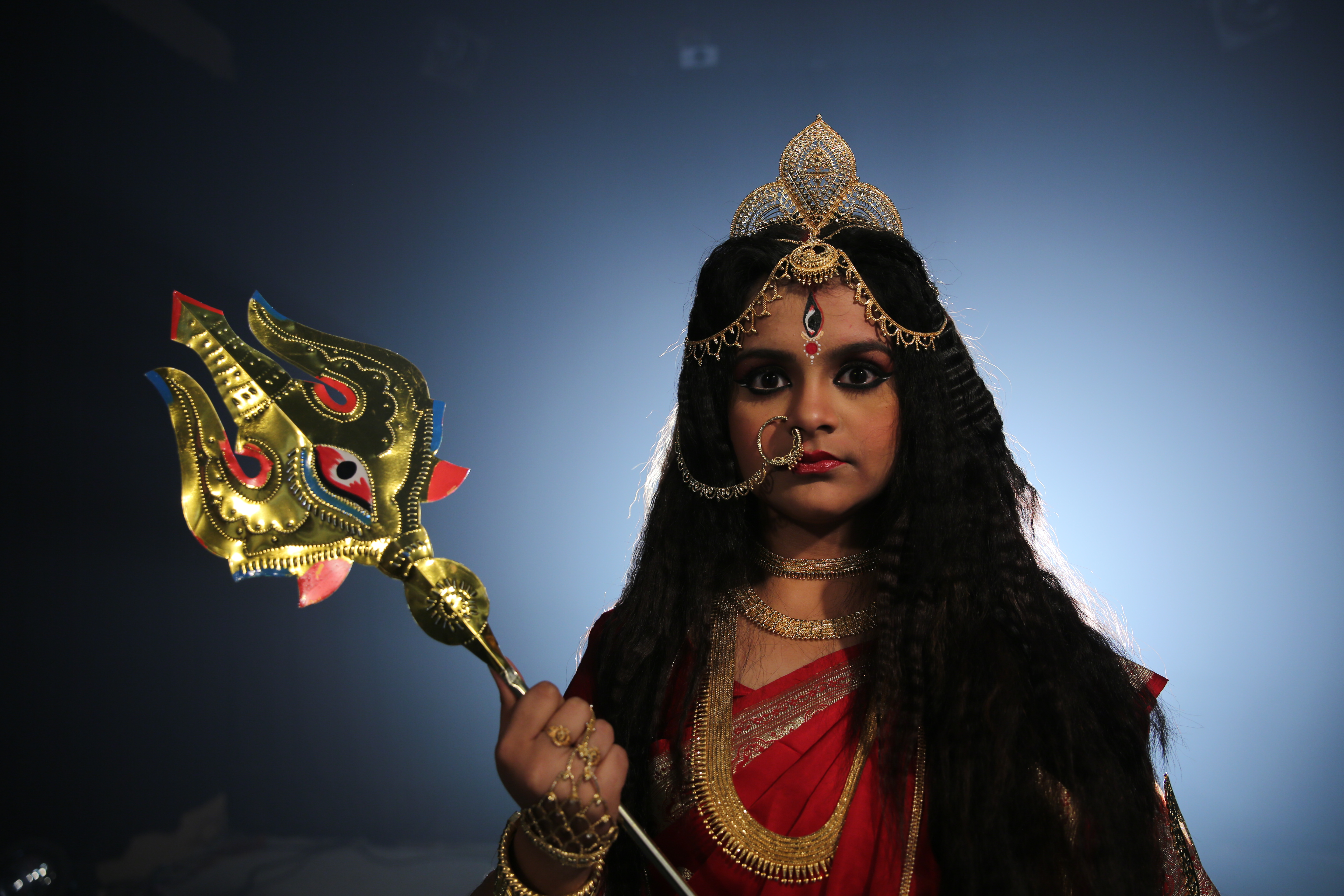 Barely 16, Antara Nandy is not just a regular teenager. Finalist at Sa Ra Ga Ma Pa Li’l Champs 2009, she has been on a fast track to achieve what she believes is her goal. Cruising along the way she has managed to sing for some Assamese films, bagged some awards and scholarships and now has launched her first single Ya Devi, that is incidentally her first composition too! We talk this teenager to know more on what drives her. Read on

You have just released your first composition and it dedicated to celebrating womanhood.  How did you strike the idea?

We worship Goddess Durga every year with such pomp and glory but never actually stop for a second to thank the ‘Real Durgas’ (as I term them) of the society. So here’s my way of thanking each and every woman I have ever come across for their selfless contribution to the society! And I am proud to be a woman myself.

Do you have ambitions of turning a composer too or are you going to focus on singing?

(Laughs) This composition was completely accidental. I feel is there’s a hidden composer in every singer, all they are full of creativity. Being a creative and intuitive person, I keep getting ideas and its really tough to suppress them. So I keep experimenting with music! But this was the first time I gathered enough courage to publish my composition. And yes, I would love to keep composing for myself (and my sister too)!

Any reason why you decided to stick to a Sanskrit shlok for the lyrics of the song?

Ours is a linguistically diverse country and I was determined to do something with the help of which I could reach all corners of the country. So I chose Sanskrit. Although language is no barrier for music but what could have been a better option than one of the oldest Languages of the world! The other important reason being the fact that inspite of being such a grammatically rich language, it is absolutely out of use! So I wanted to take a step to remind the people our country of the existence of this wonderful language and I want them to feel proud about it through the simple lyrics of my song which everyone can connect to.

You have used images of lot of female icons in the video. Who is your favourite among all of them?

Images of the great personalities and also images/clips of unknown daily working woman have also been used in Ya Devi. Each of them is a ‘Devi’ in their own domain and I admire each and every character shown in the video. There are many more which could not be fit in, due to some or the other constraints.

You first album had seen you collaborate with singers like Alka Yagnik and Kavita Krishnamurthy. One lesson that stayed with you from that?

Alka Ji is like my second mom! It has always been a privilege and a rather joyous experience to work with her. You have so much to learn from both Kavita ma’am and Alka ji. They’re like oceans, filled with knowledge up to the brim! Most importantly they’re not just phenomenal singers but wonderful human beings as well – always polite and humble!

You are barely 16 and seem to be working quite hard on taking your career ahead. What do you think sets you apart from the other singers of your age from Assam and elsewhere?

I have never thought about it that way to be very honest. Now since you’ve asked this question, I think singing has been more than my passion; it’s my lifeline. I have to sing to live. And so I sing! Yes I am exposed to very good taalim from the maestros and that helps me surely. How has your outlook towards music changed after being accepted as a scholar at Centre for Cultural Resources and Training – Govt of India.

Just another feather on my cap. It was a lucky thing as soon after I received this scholarship and become a scholar at the prestigious I.T.C. Sangeet Research Academy also. This has given me opportunity to train under the best in the Genre.

Do you think you have been able to leverage your exposure from Sa Re Ga Ma Pa to the optimum?

Before being a part of Sa Re Ga Ma Pa, I always had a mind of pursuing a career in the academics and keeping music as a hobby but it was only after 2009 that I came to think of the fact that I could actually take up music as my profession. I learnt a lot during the Little Champs period – I learnt to handle the microphone, face the camera and audience and technicalities involved, I overcame my stage-fright and learnt to interact better with people when I am on stage and also have a better understanding of audience-performer relationship.

Oh… I wake up at 5:30 am, start my day with Kharaj (the practice of lower notes), and then leave for School by 6.15 am. After school I have my lunch in the car and then rush to my music academy, I.T.C.S.R.A.  Then I rush back home, freshen up and take a power nap and sit for my studies! And before I drool off to bed I have an hour of riyaaz or listen to some good music.

You have been sign up with Qyuki as a talent and have been creating some impressing video of your cover versions. How has the web been helping you reach out as a talent? Also, do you follow other talents like Shraddha Sharma who have achieved stardom through Youtube?

I am fortunate to have Qyuki on board now. In today’s world, digital and online mediums act as big platforms for showcasing talent and reach out to a larger audience. Through the web I am able to reach out to a lot of many people and interact with them on a daily basis.

And yes, I do follow achievers because one gets to learn a lot and there is no end to learning.

You are reportedly the youngest artist to have performed at Kolkata’s fames Durbar Hall. You thoughts on stage shows vis-à-vis online videos?

Stage shows are instant interactive performances wherein there is no scope of retake. You get to interact and know your result and love from the audience immediately. It’s great to perform in front of a good crowd. But online is the need of the day to reach out to people beyond boundaries.

Who are you idols?

Lata Mangeshkar, because of versatility, voice control, a trend setter. And A.R Rahman, for his creativity, taken bollywood music to world stage. He is a techno man!

A verified page on facebook, a wiki page… how do guys of your age react to all that

These all happened along the way. It feels good to be noticed!

Bollywood vs Indi-Pop: Indi Pop has flavour of both.

One recent song you think you could have sung better: Moh Moh Ke dhaage (female version )

What’s your favourite film: 3 Idiots and Barfi from Bollywood and Harry Potter, X-men and Avengers from Hollywood!

10 Hindi Music Cassettes which Shaped my years of Growing Up…

The Sunshine Society – A Window to achieve dreams