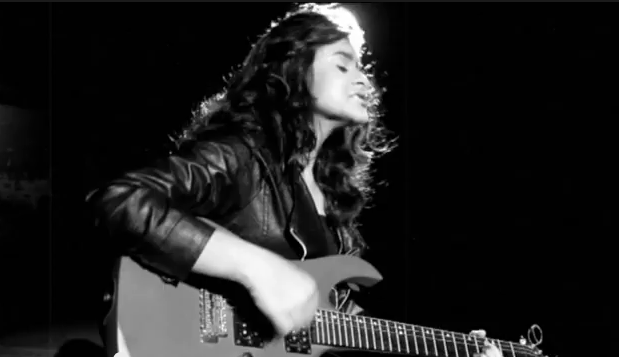 Remember that little, bubbly girl from Assam, with a captivating sweet voice who made it to finals of SA RE GA MA PA Lil Champs in the year 2009? She didn’t win the competition but she definitely won the hearts of viewers all across the country. She is Antara Nandy. This talented Bengali kid, fluent in Assamese apart from English, Hindi and Bengali was born in the Sivsagar district of Assam.

Antara’s interest in music and her flair in it, had grabbed attention since her early childhood .Her formal training in music was initiated at the age of five under Padmashree Ustaad Raashid Khan. And hence began her musical journey. The entry into the finals of Sa Re Ga Ma Pa Little Champs in 2009 proved to be the stepping stone of her life. On being asked about her experience in Sa Re Ga Ma Pa, she said, “Now I realize what I achieved and learned at such a young age. The exposure really helped me. Being so young, I was loved by everyone. It was a great feeling meeting with Asha Ji, Alka Ji and Abhijeet. I was also lucky to meet celebrities like Daler Mehndi, Sukhwinder Singh, John Abraham, Govinda and they also loved me and appreciated my work.” 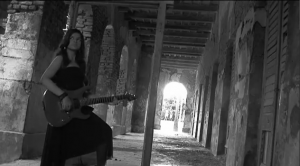 She made her debut in the regional music scenario with her album “Ei Jibon Nohoy Xuna Bondhu” (This is not life my friend) in 2009 which won her accolades from all and the title track “Ei Jibon Nohoi” became widely popular and impressed the music critics. Her second album in her mother tongue “Eso Matoh Lakkhi Devi” was another big hit. Antara made a place for herself in television and radio channels as well. It is also mention worthy that she is the brand ambassador for SIP Academy, a children skill development organization headquartered in Chennai, India.

She is the proud recipient of an international singer’s award in the online contest by DREAM CATHERS VISION 2012, and a CCRT Scholar for 2012 (Centre for Cultural Talent Research by Government of India).Antara is equally enthusiastic about her academic life. She never lets her studies to take a back seat. She says, “For me studies are important and my first priority. I have managed to be the topper in my class and right now I am concentrating hard on my studies since I am in class IX. Since music is something I like, I don’t really have to make special efforts for taking out time for it. I schedule my recordings during holidays.” Currently, Antara is training under A.R Rehman in his institute in Chennai and as planned she has scheduled the training during her vacations. She did one part of the course in her last vacations and would be joining again during the winter vacations.

Antara had the opportunity to work with Jim Ankan Deka for the first time at a concert in Bangalore “Alive in India”. 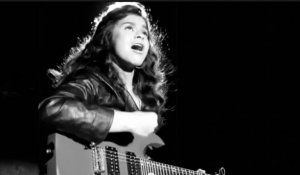 Their collaboration presented “Aawaz” which also features Bangalore bases singer/song writer Ritwika Bhattachary and Assamese contemporary singer Queen Hazarika, is dedicated to the Delhi rape victim and an attempt to raise voice against sex crime. The song has already created a buzz all across the nation, especially in the social media. Jim has also composed Antara’s upcoming single ‘Akaash Subo khuju’, a pop rock styled Assamese song. On her association with Jim Ankan Deka, she says, “It was a pleasant experience working with Jim Da. He really understands the singer and gives full freedom to improvise. I love his guitar works. And one more thing, I have met many singers but he was the only one thinking about the cause.”

Antara has never looked back since her Sa Re Ga Ma Pa days. She is currently busy with many projects. She has finished recording a bihu for Nayanar Nayantara. She is also recording a few songs with Hengul Theatre. (1 of them released in Youtube) She is regularly getting songs for TV Serials in Poschim Bongo.

Antara Nandy is one of those talented children who are destined to touch the sky. At a young age, she has a powerful voice that touches the listener. Her love for music makes her more enthusiastic about life. We wish her a bright future.