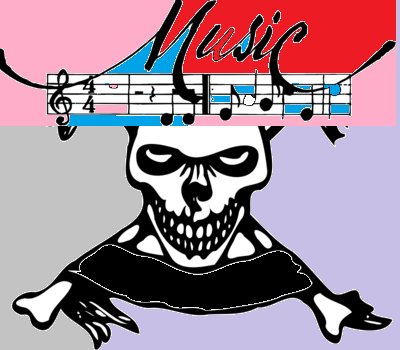 As writers we may go on and on about how the right words can weave magic and evoke a plethora of emotions, but we all surrender to that one thing that does the job better than words: music. I mean, sure we can paint a portrait, say of an eerie night, like so 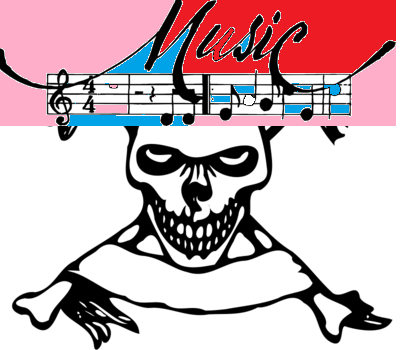 “The night was still except for a howling wind that played its sinister flute through the thick leaves on the tall trees… the pale moonlight trying to make its way through the twisted branches, leaving fluttery shadows on the forest bed strewn with layers and layers of musty twigs and leaves… an owl hooted in the distance, breaking the silence… Clouds appeared all of a sudden shutting off the moon, plunging the forest into a darkness so thick one had to cut through it… And then, in the darkness, a pair of pearly eyes slowly took form, glistening ever so slightly with an eerie sheen… only to be followed by a pale pearly form of a young woman gliding through the thick gnarly tree trunks….”

Okay, so my lame attempt might not exactly have made you break into a cold sweat, but I am pretty sure the dozen songs that we have on our playlist this time will. Which in turn will make my point for me; that music does indeed has the ability to make you feel things, see things and experience things like nothing else can. So sit uptight, don’t dare relax, and make sure you have the best pair of headphones on. Don’t close your eyes… you gotta keep them open to make sure you see the monsters under the bed crawling out…

Franky Teardrop is not your average run of the mill creepy; it is outstandingly so. With simple elements that only highlight the eerie vocals more, this song is about a young Franky, who is so depressed he comes home one night, murders his wife and his child in the crib, and then finally commits suicide. This song is twisted on so many levels you wouldn’t know which one freaks you out the most. Watch out for Alan Vega’s piercing screams, they might just give you goose bumps all over.

Forget “Here comes the sun”, forget “Strawberry Fields”, Revolution 9 is the most anti-Beatles song one can think of. Created by John Lennon with help from George Harrison and Yoko Ono, the song is supposed to paint a picture of a revolution. It is a chaos of a song, a psychedelic patchwork of vocals, sound effects, and short tape loops, that creates a disturbing cacophony of unresolved emotions. If it were a painting, Revolution 9 would have been blobs and patches of paint, all red and brown and murky shades of grey and green, squashed together to make no sense. Definitely not to be enjoyed, but to be felt.

I guess no playlist of disturbing songs is complete without a Pink Floyd number, but what makes Careful With That Axe Eugene stand out is its ability to freak you out with just the suggestive title. Now I don’t know the inspiration behind this piece but think of the picture it paints: a girl named Eugene, carrying an axe with a sinister smile on her face, walking slowly towards this guy she loves… Roger Waters’ almost inhuman scream makes the song what it is: a haunting tune that will rake the deepest recess of your heart for all that is dark and vicious.

Okay, so this might not be exactly what you have in mind when talking about creepy, but there’s a reason this song in here on this list. While the absolutely fascinating piano riffs make for a good listen, it is the lyrics that are disturbing. The song is about this girl who blames a premature caesarean for the way she is. Lines like “And you can tell, from the state of my room, that they let me out too soon, and the pills that I ate, came a couple years too late” and stuff like scars on her arms, cracks in her hips and blisters on her lips paint a rather formidable picture. The scream-singing doesn’t help either. Watch the video for full effect.

I will be candid here; I am not the biggest fan of horror. Oh what the heck, you wouldn’t catch me watching anything remotely scary even when it is broad daylight outside and my room is as sunshine-y as can be. So I have definitely not watched what is considered one of the scariest movies of all times, ergo, I don’t relate to the movie when I hear this theme. But what I do think about is a creepy hallway at an ungodly hour, with shadows of dead people lurking around each corner, not knowing when the unsightly ghost appears. The distorted scream-like sound effects in the background up the creep factor by several notches.

Think of a stormy night, with the clock ticking loudly in the hallway, and suddenly an eerie cuckoo alarm declares the passing of another hour. That’s how this brilliant piece starts. And if you close your eyes (which I have specifically asked you not to), you can almost live the shivery moments that follow. Known better as the theme used in the Alfred Hitchcock television series, Funeral March of a Marionette is a piece filled with suspense and mystery. Even though it turns almost optimistic in the middle, there’s still that “something” about the piece that is bound to bring on the goose bumps for sure. Watch this particular video though, quite intriguing.

Even if you are not a fan of classical music, or a zombie movie addict, chances are you have heard this sometime or the other. From what I have known, this piece has been used as “zombie theme” so many times it is almost a cliché. The heavy organ in this piece belts out notes that cascade and roll onto each other, not always making sense, leading to the unsettling feel of the piece. Each time I listen to this, I think of the brain-hungry walking dead, with contorted and grotesque features, that too in huge groups, all ready to attack the living innocent. Shivers!

Okay, when a piece has the words haunted and nursery in its title, half its job to scare someone is done. Your mind starts imagining a scenario where a brightly colored nursery by day turns into a frightening room filled with unimaginable horror by night. Warning though, the intro does pack quite the punch, especially when you aren’t paying attention to it. And just as you start settling from the shock, you realize your heart beat is in sync with the heart beating loudly in the piece, which in my mind is unsettling in itself. Add to that the weird cry that could be a cat meowing or (gasp!) a ghost baby wailing that builds up to a crescendo… the creaking door and finally the blood curling scream that is the climax… and then, a haunting melody that does nothing to soothe that disturbance you are feeling….

Yet another one from a horror movie that I haven’t seen, and yet another one that scares the bejesus out of me. Now I know vaguely that the movie is about a woman impregnated by none other than Satan himself, and that is enough to steer me away from it. But what I see when I listen to this theme is an eerily calm woman with disheveled hair, wearing a long white gown, holding a bundle in her arms that’s her baby… and she’s walking down a corridor aimlessly, with a vague smile on her face… the baby inside the bundle has a grotesque lump of flesh for a face and eyes that look milky dead… and yet the woman sings the lullaby for her baby, trying to put it to sleep… Tell me if that doesn’t creep you out.

A majorly disfigured immortal villain who kills children in their dreams? Freddy Krueger is the epitome of everything that’s scary and horrendous, and the theme to Nightmare on Elm Street has everything to make for that perfect scary piece. While the song “1, 2, Freddy’s coming for you” has the potential to become the litany of a paranoid insomniac, this theme, with the constant “hum” in the background, the haunting tune and the asymmetric drum beats is sure to make you see things when they are not there, and imagine grisly things that will make you break into cold sweat.

While opera in itself has the potential to give you goose bumps, for one to properly grasp the eeriness of this piece, one has to know the story behind it. The opera singer sings about how she is searching for her lover in the darkness. She finds something that looks like a body, only to realize that it is a tree trunk. Scared, she keeps looking to find her man and finally sees a dead body that was her lover. With no one to help her, she tries to bring him back to life fruitlessly, and then wanders off alone into the night wondering what she was supposed to do with her life now that the one she loved is dead. Listen to the piece and imagine a deep dark forest with a woman helplessly wandering lamenting her dead lover… and surrender to the chills that follow.

We save the best for the last. Or in this case, the grisliest for the last. With a song that begins with snippets of police reports that talk about cannibalism, “a building that was a scene of ghoulish slaughtering, and a large kettle on a stove which had boiled body parts”, one can only imagine what is to follow. Rob Zombie’s creepy whispery singing takes the song to whole different level of scary which is saying something, since the lyrics are graphic enough to cause nightmares. “She had a corpse under her bed, she had her fun but now he is dead, her mama said come feed desire, her brother said hey throw him on the fire” says more than enough about the freak show that follows. The chorus is loud and piercing, and if this doesn’t get your heart galloping like horses, nothing else will.

What is your musical age?