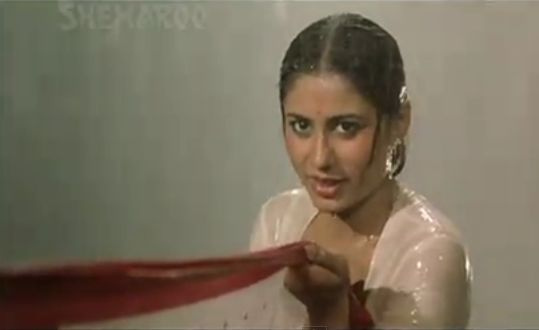 Rains have quite a peculiar quality. While it can relieve us from the heat every summer; on screen it has the uncanny ability of turning it up! In our good old Bollywood, rain has a character almost as larger than life the hero himself. The rains bring out romance like nothing else- not even snow capped mountain peaks and a chiffon saree!

And as the rains lash out at our window panes this monsoon, making the home a rather cozy hangout, we decided to look into some songs from desi phillums, all set in rain… and all memorable. Do note, most of them are about couples and romance, but we have also realized that there are some other rainy songs which are equally memorable but have no trace of ‘chemistry’ in them. Also, the songs have not been listed in any particular order… just in case it hurts any of your sentiments!

Ok let’s accept it. Dozens of rain numbers may have been shot after this one, but this continues to be as popular. It’s popularity among today’s generation probably also had to do with the Nirodh commercial that used to be flashed in good old DD between every TV epic – much to the dismay of the parents who were watching with growing up kids. Raj Kapoor, Nargis- both wet and yet holding an umbrella. Rain did make people go mad! 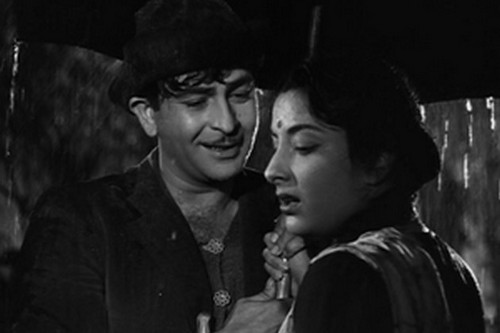 Mechanic Kishore Kumar sees Madhubala wet, fixes her car and the money, he forgets! Now you know what rain can do? Kishore Kumar gets naughty and Madhubala turns hotty! Enough to swing up an off screen romance! 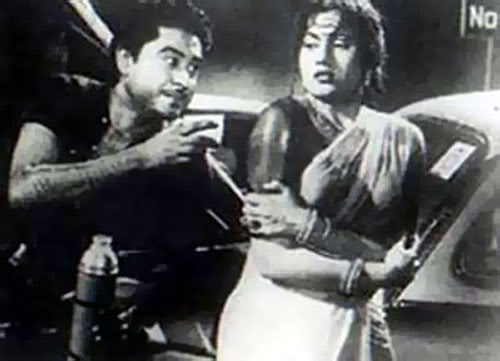 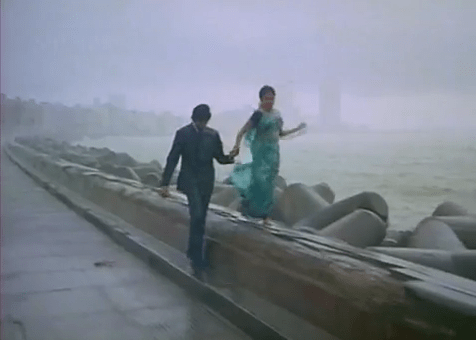 No words required for this one. Just WOW! Smita Patil always had it in her, but she made it clear in this song. Aaj phisal jaaye toh…!

Sridevi, saree… correction wet chiffon saree, rains and an invisible Mr. India equals to magic that has refused to die down from our memories almost three decades since the visual treat was first plastered on screens. Till date any mention of saree, Sridevi or rains remains incomplete without this number. 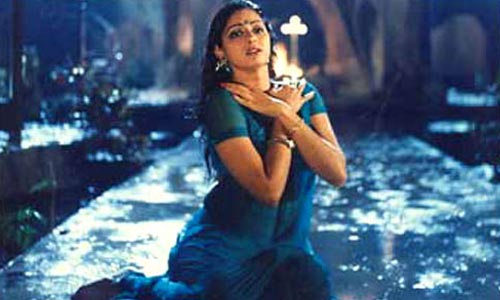 Till years after Sridevi raised the sensuousness bar with her wet saree in Mr India, there were numerous attempts to recreate something similar by many actresses. Nothing was as significant till Raveena decided to don the yellow saree and seduce Akshay Kumar in Mohra. Tip tip barsa paani… and it created what an effect!

On the roof in the rain (Masti)

This one takes romance to the top of the roof – literally! Wet Lara Dutta and Vivek Oberoi dancing on the roof and playing the prem game! 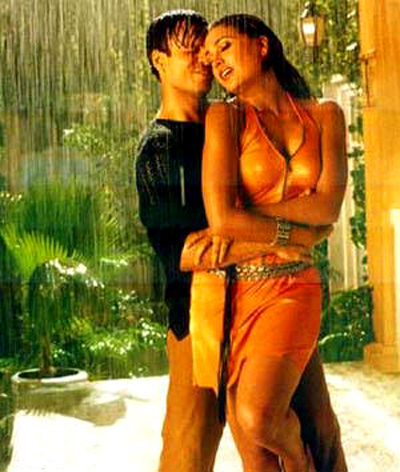 Aishwarya Rai Bachchan is probably the only one who has this ability-She does not need a man around her as she dances around in the rain. She just creates romance out of nothing. She did the same in Barso Re Megha from Mani Ratnam’s Guru too. Not referred to as one of the most desirable women in the world for nothing. Well, to be fair… she did needs a man – AR Rahman! 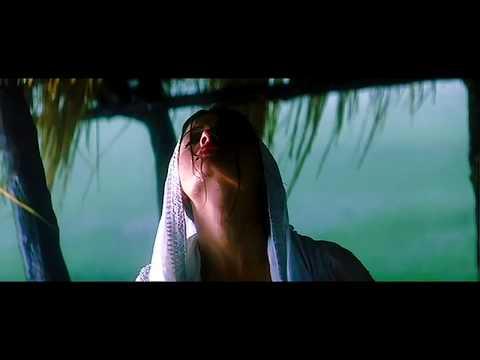 Ok we got to give it to AR Rahman and Ashutosh Gowariker. There was actually no rain in this song… just the mention of it. There have been many other such songs which have mention of the rain but few could ever create the joy and romance around it. A whole drought-hit village break into a joyful song and dance at the sight of dark clouds… that’s what rain can do!

Kareena Kapoor really cannot be left out. She has had her share of wet saree too! Not the most romantic, as she has only a bewildered Rahul Bose staring at her. While Kareena looked every bit of the character she played in the film, which did not make her any less appealing in the saree. Rain can do things! 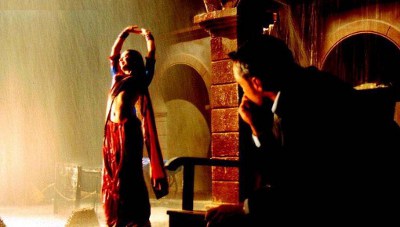 The list really does end. But you would not have the time to read an entire book on this topic.