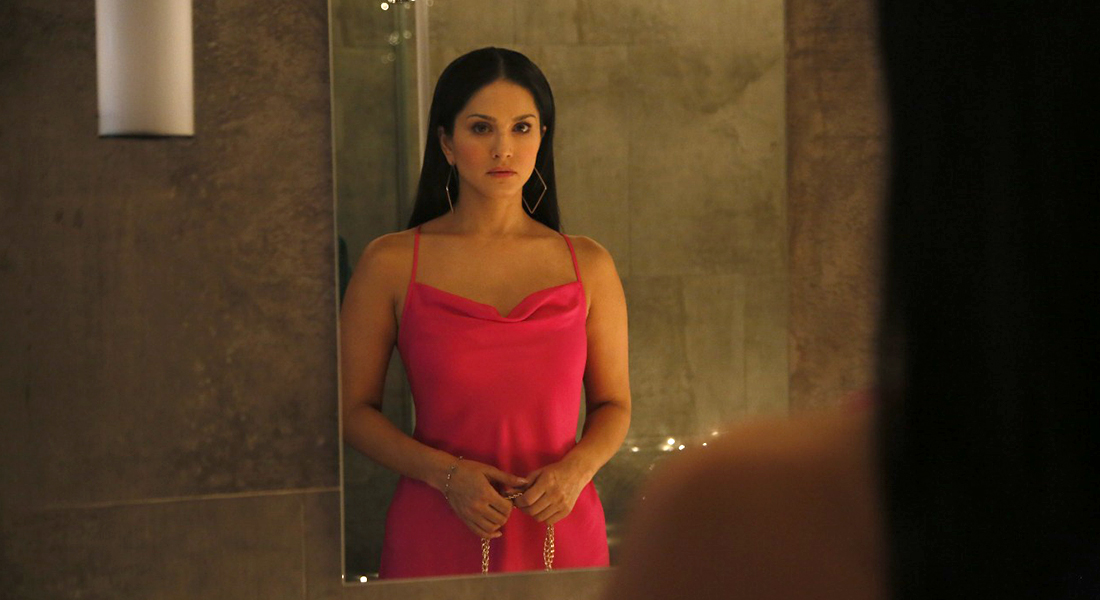 Some time in 2016, Sunny Leone hit upon what was until then an unexplored fanbase. Women, who had till then not really given her much thought. So far, a larger chunk of her fanbase was clearly male. One interview with a well-known journalist Bhupendra Chaubey changed things. A rather persistent Bhupen wanted to pin Sunny down and throw at her all the questions that he believed would send the star riling into self-introspection – a journalist’s wet dream. That was not to be. Despite all his attempts at getting Sunny to explore her guilt at having joined the porn industry, the actress stayed amazingly composed and unrattled. She, in fact, made it clear that she would not ever give out any signs of being perturbed by people who want to tell her off. Her attitude found a lot of women, and men, sitting up and taking note that she is not just someone who titillate with her body but could woo with her mind too.

For anyone who has tracked Sunny, and her career – porn and otherwise – it has never been a secret that she has a very clever mind. She is known to have made a profit out of decisions – dollar for every quarter! When she and Daniel started dating, they started their own adult entertainment company – where they produced a few of their own films. These films, of course, worked decently, considering they were indeed a couple. And then she went on to produce a lot more films which did not actually star her but had her name and hence sold well. For a mind as sharp as that, it would have been unimaginable to let go of an opportunity that could be milked – an opportunity that was open up by the famous interview. The idea of a biopic was born – a biopic that could humanise her and make her more endearing. A biopic that could tell her story. Because clearly, like Chaubey stated in the interview, people wanted to know! I would like to assume, this is where Karenjit Kaur: The Untold Story found its genesis. 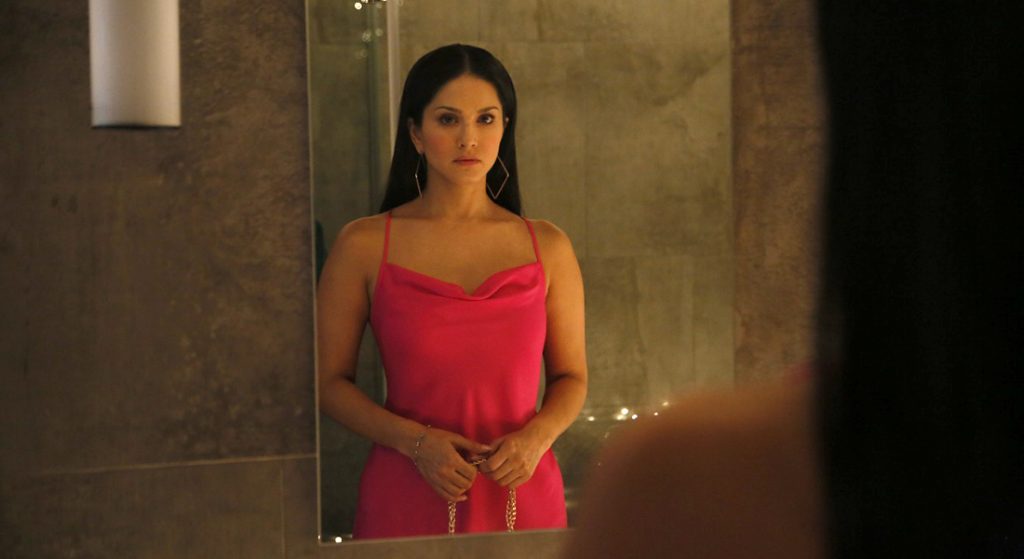 And Karenjit Kaur is made. Interestingly, Sunny does not mind using Chaubey’s interview as an axis, around which her story is told, as the screenplay goes back and forth – almost like a Slumdog Millionaire. It’s another matter that in her show she makes Chaubey look like a maniac. And the interview is made into a shoddy piece of work – considering this is the real story, you would have expected them to keep the interview as real as possible.  I suppose, whoever runs the show holds the reigns. When Chaubey interviewed her, it was him firing all guns. This looks like giving back, in style. The irony: this is the second time in two weeks, when our dear actors have decided to stick it up to the media… remember Sanju?

So Karenjit Kaur’s story is told – the shy girl that grew up bold. She made some choices, at first for the need of money, but never for the heck of it. ‘The Untold Story’ as it is tagged, portrays Sunny as a moralistic girl who repeatedly turned down the money before situations got better off her.

Unfortunately for her though, much before this expensively shot ‘biopic’ of hers happened, Sunny had already okayed a documentary. Mostly Sunny, shot by Dilip Mehta, was out in 2014. And it shows a Sunny quite contrasting to the Sunny that Karenjit Kaur the Untold Story offers. Sunny is unabashed in the documentary as she speaks that she enjoyed the money that came along with her work and financial situations never quite pushed her into it. “I didn’t think about my family. I did not think about my family. I didn’t think what was right or wrong to them. I was making a living. This is more money that I could ever imagine that I could make all year long, working at a tax returns firms as a receptionist,” she says in the documentary. She follows it up by, “It was not that we were poor. That wasn’t the case at all. But they definitely didn’t give us what we wanted. So, I was always trying to figure out how am I going to make money; how am I going to figure how to go to the store and buy candy…”

Goes without saying that Mostly Sunny is a far better watch. But that’s still besides the point. The larger question would be: why make a something like Karenjit Kaur The Untold Story? How does such a show help?

A few Bollywood films later, the curiosity around her has gone down considerably. Her films don’t bring in numbers at the theatres anymore. Her last hit was in 2014. Her film Tina and Lolo is lying unreleased for the lack of takers for years now, thanks to the series of flops. Even digital rights of her films, which earlier sold like hot cakes, don’t get money anymore. Why would you pay for what is available for free, is what I was told when I asked one buyer once.

In the last two years, Sunny has been busy with item numbers in films like Raees, Bhoomi and Dongri Ka Raja. Working with Shah Rukh Khan did bring in hope that things might change. There has been a time when actors refused to work with Sunny because they believed it would tarnish their reputation. Rajniesh Duggal spoke about it on record in Mostly Sunny. And I can tell from personal experience of at least one star who refused to have Sunny doing an item number in his film, even if it meant great publicity! This might anger the feminist but it’s a fact nonetheless. The change seems to be taking longer than one would have expected. And you cannot stay young forever. Sunny turned 37 earlier this year. And things don’t fall into place, endorsements will start drying up too. Acceptability needs to come in, faster.

Karenjit Kaur fits in as the perfect idea. So what if it is badly made! So what if it dramatizes her life and makes things seem all too rosy! So what if it makes a mockery out of an interview! The show could tell the story the way she wishes it… The show means Sunny is back. With a bang. And she would hope, this time things look up… for a longer duration, for her to figure the perfect next switch.

Sunny sums it better than anyone else ever could. She did it in the documentary when she says, “I don’t know what my legacy will be. I don’t look at myself and go, oh my god, I am the greatest actress, or dancer, or even and adult. But one thing I was good at was turning a quarter into dollar.”

Karanjeet Kaur The Untold Story is available on Zee5.