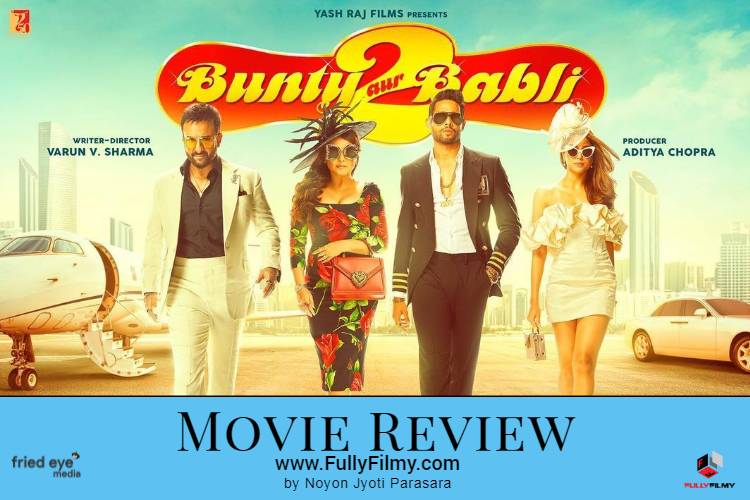 Truth be told, I was never a fan of Bunty Aur Babli (2005). To me, it was a lesson in film commerce. A film does not need to be great to be a super hit. It barely enticed me as a con-film. And yet, I would not deny that the film delivered high on comedy, plus of course, everything that a ‘masala film’ aficionado would wish for, including an iconic item number. Probably hence, 15 years since its release, the film still manages to get love on television. The idea of a sequel does sound appealing. And that should have also been the reason to show restraint before making the move on a sequel idea. Nevertheless, now we have a follow-up… and this isn’t any better. Far lesser, it isn’t half as good.

Bunty Aur Babli 2 is set 15 years after the two thugs disappear into a small town in UP never to surface again. Vimmi (Rani Mukerji) and Rakesh (Saif Ali Khan) are now living a middle-class life, bringing up their 10-year-old son Pappu in a town called Phursatganj. Things change when the police turn up at the doors to arrest them for a fresh con job pulled off by Bunty and Babli. Vimmi and Rakesh are baffled. They have not been involved in anything remotely illegal since they gave up their lives as Bunty and Babli. Least pleased, Vimmi wants to take down the posers who are using their ‘brand’. Rakesh needs no convincing. And the two set out to find whoever is using their hard-earned label as the only major con-people that were never caught. The rest of the story is about one-upmanship.

Much like its predecessor, BAB2 is not high on con jobs. The cons are lousy and lazy. Rather, they are far more juvenile than the ones seen in the 2005 film. This time around too the focus is only delivering comedy. And the writer-director chooses to derive this out of loud characters that he has turned Vimmi and pot-bellied Rakesh into. The focus keeps shifting between moving the script ahead and the need to deliver laughter every few minutes. Vimmi and Rakesh, who in their hay-days were cunning enough to leave the whole country’s police guessing are turned into jokers. As if that is what a middle-class life in a small town does to people. Even the usually fabulous Rani starts feeling annoying after a while as she deals with her character. Saif, who replaces Abhishek Bachchan as Rakesh, tries hard. 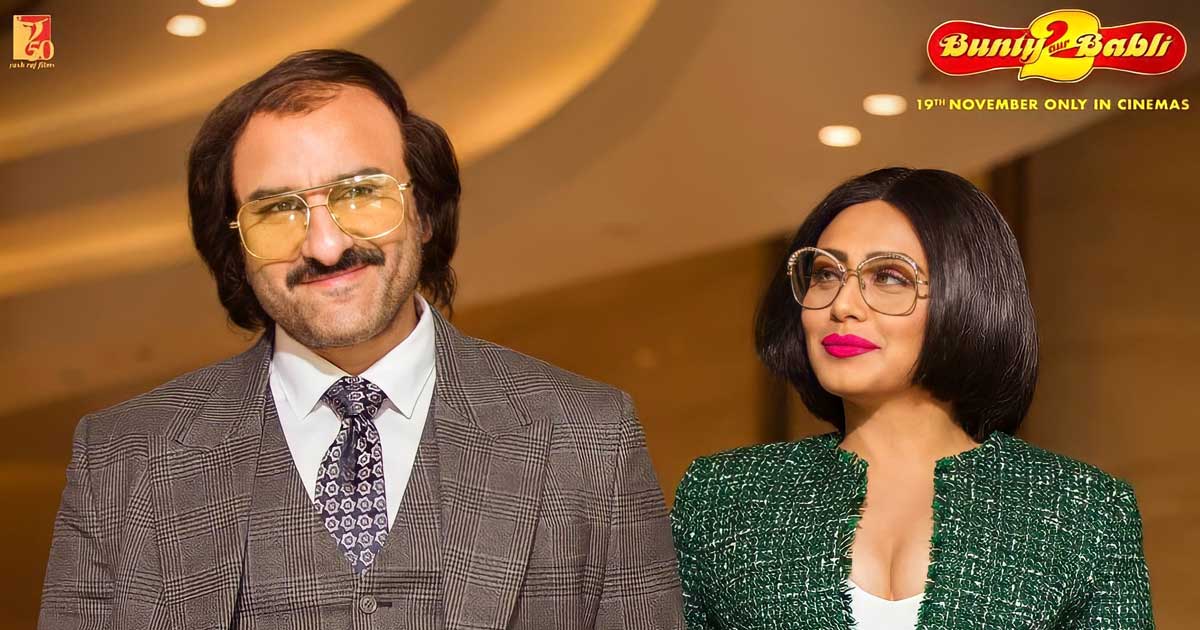 The only characters that are tolerable are the new Bunty and Babli – Siddhant Chaturvedi’s Kunal and Sharvari Wagh’s Sonia. They are suave compared to Vimmi and Rakesh, and far more likable. They have a proper story-graph – having turned to con after facing unemployment. There, the writer even tries to push a relatable story of lack of jobs and crushes aspirations, albeit half-heartedly. There is also an attempt to create a pitch for a third in the series. I would hope not.