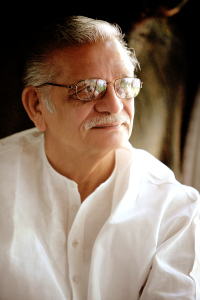 A few days back I had the opportunity to write an article on RD Burman for Fried Eye and I was inspired enough to go down the memory lane and listen to the golden melodies once again. While listening to the magically poetic Mera Kuch Samaan, I had the desire to write about some of the songs from hindi movies which had sheer poetry as lyrics . No matter what the situation be, hindi movies have a song for all occasion- be it a rainy passionate night, patriotism, love, betrayal and even dark situations like obsession, suspense and horror. Though it has touched nadir with the lot like “Chaar bottle vodka” but there was a period when poetry used to flow in the silver screen, set to beautiful music and rendered by some amazing voices, they used to weave magic. Even in black and white with no nudity at all, enacted and choreographed by some immensely talented actors, it used to be poetry in motion.

Of course times have changed. No more is classical poetry as popular now as it was before. It is more of at your face, common expressions that are used as lyrics of songs, though we do have occasionally passable numbers now and then, but none can match the songs from the yesteryear. I again admit I am no authority on the subject nor do I claim to have watched or claim awareness of each and every song ever shot. What I have compiled is based on my limited experience with a little help from my friends, especially a name I would like to mention here – Dr Jayati Nath and of course google, youtube and Wikipedia and my own sense of music and preferences. If I have excluded any masterpieces I apologise for my ignorance and assure you that it was unintentional. In fact I would very much like it if you enlighten me by posting links in the comment section below. I would consider myself blessed in fact.

Let’s begin with the song that started it all in my mind. This is from the movie Izaazat , a comparatively later –period movie but had some of the most melodious and nicest songs. It was one of the best of the famed Gulzaar RD Burman combination. Some songs if considered along with the situation have a better impact than being just listened to like that. This song was composed as a letter by the lady to her ex lover, after her belongings were sent back to her from his home. It basically says or rather asks– how will one return the little bitter sweet memories that one gathers while in a relationship. It is a lovely thought beautifully expressed in a song .

Paakeezah –a movie that is another name for or symbolises poetry is not a surprising choice. Some songs are shot or picturised with such an attention to artistic detail where everything about the situation or theme has to be perfect. Chalte chalte from Paakeezah is one such song which simply says- Perfect! The song, the ambiance, the colours, the actors –everything symbolizes poetry in motion.

A beautiful number by Geeta Dutt , which reflects how love sometimes become lost in time without any reason or rhyme. This is a comparatively short number which is strung meaningfully in verses to portray the strongest essence of separation. Kaifi Azmi at one of his best!

Khaamoshi was an iconic movie. But that is a discussion for some other day. Today it is about poetry and moods. There is something about nights that is so fascinating , dark yet soothing, mysteriously enchanting. No wonder most songs have been picturised on , at or about nights. And add to it a lover’s sighs of unending wait and love for his beloved, and you have a winner. Of all the night numbers , nothing can match the soulful Tum Pukaar lo by Hemant Kumar from Khamoshi and lyrics by none other than of course Gulzaar Sahab

Though I wished not to repeat from the same movie and of the same lyricist , I could not help but include this number as a song on the most talked about emotion – Love and a poet’s favorite muse. Gulzar again in Khamoshi brings out the essence of what love should be in this enchanting song- Pyar ko pyar hi rehne do, koi naam na do…! And with that he said it whatever needs to be said about love.

Life has always been a topic of discussion among philosophers and poets and so how can our movies stay behind. We have movies on the philosophical vagaries of life , struggles of life and beauty of life, and then of course we have songs on life or zindagi . Now here I was in a terrible dilemma on which to pick. There was Gulzaar Sahab’s Ae zindagi gale laga le from Sadma and on the other hand there was Yogesh’s Zindagi kaisi yeh paheli from the movie Anand. Though my personal favorite is Ae zindagi which is a far more complex and lyrical than Zindagi kaisi yeh paheli , but sometimes it is the simpler lucid one which touches your heart and can make you relate to it and of course it had the unmatchable Manna Dey’s voice to clinch the decision in its favour.

Now the movie Guide had some absolutely beautiful numbers which still remains ever popular. Who can forget the romantic Gaata rahe mera dil or the soulful Din dhal jaaye hain. But I pick Kaaton se kheech key yeh aanchal for its vivacious, full of life and inspiring lyrics. You can feel yourself flying and enjoying the exhilarating sense of freedom in the lyrics and feel like living with the characters- living their dreams and agony. Such was the magic of the songs!

A list cannot be completed without a dose of patriotism. We are Indians. We are known for shamelessly expressing our love for our country and we are proud of that. We crib no doubt, we become agitated , we scream, we sulk but in the end it is our love for our country that rules. My friend Jayati had pointed me out the strong one from Phir Subah hogi – Cheeno Arab hamare, but I felt that was more about the state of the country rather than a completely patriotic number. The song however is good , no doubt about it. However I over rode the choice to select Ae mere pyaare watan from Kabuliwala and why? Well for that you better listen and go through the lyrics.

If we talk about poetry in hindi movies, it will be incomplete without not mentioning ghazals and urdu poetry, Bazaar and Umrao Jaan being fine examples of which. Though one has to have a fair knowledge of urdu terms and words, but if you manage to get the gist , you will realize how meaningful and lyrical they are. They are in a class of their own which is cut above the rest and are in a niche category and of course cannot be compared with mainstream bollywood movie lyrics

However speaking of ghazals there are some lovely ones which have simpler lyrics and like as I said previously, sometimes simple and honest words have a stronger impact than you can imagine. Kaifi Azmi’s lyrics and Jagjit Singh’s voice makes the song , which is about the vagaries of life and love ,a memorable one.

And finally, Pyaasa . A list on poetry in songs without featuring this song from Pyaasa would completely go in vain. A song , which is about a poet’s ideals of refusing to compromise against the materialistic nature of the society, though not in entirety, but that which needs to be contemplated in present day Bollywood. Every time I watch this song I have goose bumps at the intense portrayal of the words. Sahir Ludhiyanvi does it unfailingly in this revolutionary composition rendered beautifully by Md Rafi and picturised on Guru Dutt.

That brings me to the end of my list of ten songs with most touching lyrics. What is yours ?