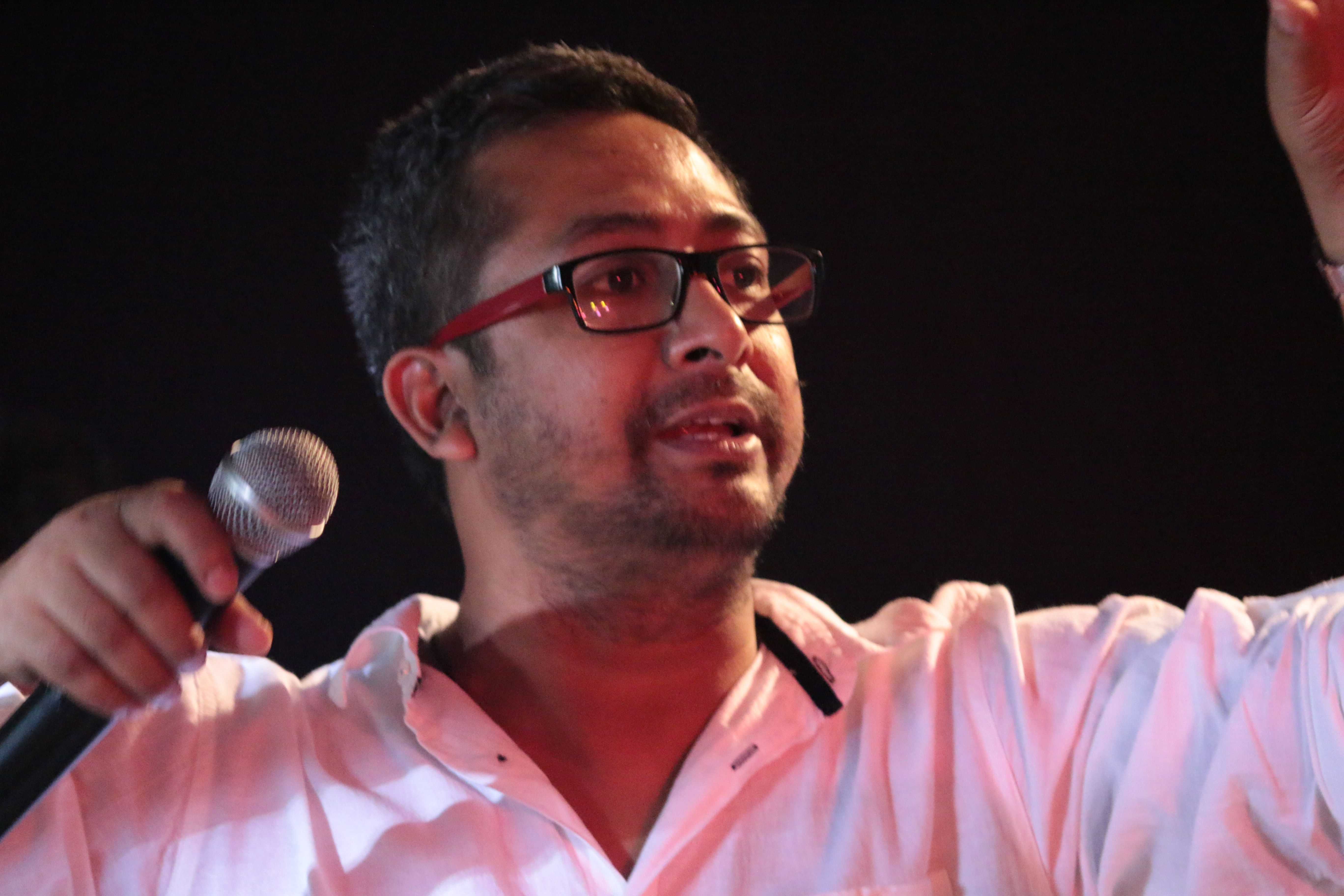 Aisa Yeh Jahaan is not just one of those rare Hindi films that have been shot in Assam, but it also plans to send out a very important message. As India’s first ‘Carbon neutral’ film the makers have not just promoted planting trees but gone ahead and put it into action. We had a chat with Biswajeet Bora, who debuts as a director with this film to know more about project that got Palash Sen back to acting! Aisa Yeh Jahaan is India’s first carbon neutral film. Could you explain what does that mean?

Yes, during shooting we pollute the environment in many ways. Since as a filmmaker I am telling a story about environment and importance of trees and plantation, so we thought of doing something in real life too. Then CERE (Center for Environmental Research & Education – Mumbai) came up and they gave me the idea of carbon neutral which was also very new to us. So to compensate the environmental loss, we have already planted around 480 trees all over Mumbai and rest 80 trees we are planning to plant in Assam. We have made an MOU with the villagers that they won’t be able to cut the trees for 15 years. It’s a great initiative and hope people will be more conscious after this film.

The trailer promises a lot, including spreading the messages of a greener world. Has your being brought up in Assam got anything to do with your love for trees?

I have come from a very small village of Assam and I grew close to nature. When I came to Mumbai I could see only buildings from my window and I used to wonder how people live amidst concrete surroundings… I felt a pain for this city as it is bereft of greens. Probably my attachment and love for nature is the reason for the birth of Aisa Yeh Jahaan.

There is a scene in the trailer when your lead actor tells another guy that Assam is very much a part of India. As someone who has worked in Mumbai how often have you ever faced any kind of racist remark?

I believe this is not about how much I or you have faced in terms of racial remarks but it is about respecting one another and respecting one’s sentiment. Though people think that Northeasterners are the easy targets, if we look broadly people everywhere are facing such kind of misbehavior, which is very unfair and derogatory.

Where do you think the racism against the people from the Northeast stem from?

It is in the mindset. The not-so-good exposure of our land and lack of geographical knowledge may be held responsible to some extent. We as Northeasterners have a larger role to play towards changing this mindset.

The film has received applause at the festival circuit. How has been that journey?

It’s been a great journey so far. We have won 3 international awards till date, which is really encouraging. I was surprised that the film got many awards as it looks more commercial in terms of presentation & making style.

Why did you choose to sign Palash Sen, better known for his music, as your lead actor?

When I met him first, I never thought I would cast him for the film. But meeting him was a different experience altogether. I felt connected to him and felt he would do justice to Rajib’s character. And he did it! The character in the film is very rooted and I feel Palash da is just like that in person.

Tell us about working with the likes of Yashpal Sharma and Bishnu Khargoria. How did they manage the Assamese and Hindi dialogues respectively?

It was not at all difficult. Actors have this capacity to gel with their characters. And they did it effortlessly. In the film Yashpal Sharma has a great role. He worked hard to play “Nalia Kai”s character. As a filmmaker I am happy to get these actors. Bishnu da is a legend. He knows how to adopt a character. As you ready for release, is there anything that you wish you could have done anything more for your first film?

As a creative person the longingness to do better never dies. I have learnt a lot during the process and there is much more to learn in future. I am hoping to learn from my mistakes.

You have assisted Jahnu Barua. How would you define his brand of cinema?

Jahnu Barua is an institution. The kind of brilliance his cinema has is unmatched. I am really blessed to have learnt under his guidance. I worked with him for many years, during that time I tried to learn not only about cinema, also about the human side.

As a filmmaker what kind of stories would you like to showcase. Would you continue making films in Hindi or will be looking at Assamese language films?

I want to tell stories from my heart. That’s the only way people connect to your vision. I love telling stories that have some social message. Of course I would love to do Assamese film but as of now I am concentrating on doing Hindi films.

As someone who has worked in Bollywood for some time, what do you think is lacking in Assamese film industry today?

I am aware of present Assamese film scenario, though I am not making one.  Assamese audiences are more drawn towards entertainment and they are ready to accept it. I believe we have a big market for cinema in Assam. Today Marathi cinema is growing fast due to quality of films. Content driven cinema takes the industry to a different level. We have to make good commercial films which people can connect; blaming audience, exhibitors, distributors are not an excuse. And if we want make a film with commercial prospective then we have to make a film up to the mark. I would like to add one more thing for the producers in Assam; completing a film is not enough reason for it to become a success. A film needs a P & A budget, which needs to be added to the overall budget. I am hopeful that I will be able to contribute something to this industry and take it a step forward.