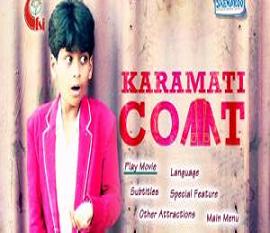 I remember watching the film Karamati Coat, as a six year old, back in the mid 1990s. All I remember is that the story was about a red, magic coat that gave a coin every time the little boy wearing it would put his hand inside the coat’s pocket. The film was entertaining and fun to watch. The message, if at all there was any, did not strike me. But when I watched the film again, years later, I understood the underlying messages about issues like child labour and poverty in the film. This film was one of the many productions of the Children’s Film Society of India.

The Children’s Film Society of India was founded soon after India’s independence by Pandit Jawaharlal Nehru, India’s first Prime Minister, whose affection for children is well known. Pandit Nehru established CFSI with the hope that indigenous and exclusive cinema for children would stimulate their creativity, compassion and critical thinking. The CFSI has till date come up with 250 films in 10 different languages and remains one of the primary producers of children’s films in India. However, not many such films with social messages were seen in films for children made by other filmmakers in India.

Some early attempts were made way back in the fifties by Raj Kapoor in Boot Polish and by Satyen Bose in Jagriti. Boot Polish was the story of two orphans, who after the death of their mother, are left to the care of their wicked aunt who forces them to beg on the streets. But a neighbour teaches them to earn money by polishing shoes. The story revolves around the journey of the two children from polishing people’s shoes to being adopted by a rich family at the end. Jagriti was the story of a trouble child Ajay who is sent away to a boarding school where the principal uses unorthodox methods of teaching. Here he befriends a handicapped boy Shakti. Despite Shakti’s attempts to make Ajay change his ways, Ajay continues to be the same and ends up running away from the hostel. When Shakti tries to go after him, he meets with an accident and dies, leaving Ajay feeling responsible for his death and making him a changed person thereafter. Both these films showed different aspects of children’s lives in the midst of social problems, and only subtle hints of social messages for the audience were present in them. In short, certain issues were raised, but not highlighted enough to make major impacts upon the minds of the people. They remained cinema for entertainment only.

Earlier children’s movies in India were meant for children alone. The few Children’s movies that were made used to be stories that simply entertained the child. The child would easily forget the story or the characters or the issue, after watching the film once. Apart from the ones made by the CFSI, like “Halo”, “Gattu”, “Heda Hoda” etc., no children’s film made any attempt to cover social issues of importance. For most of the years, children’s films only meant animation projects like “Bal Hanuman”, “Bal Ganesha” and “Ghatotkach”. However, that is not the case anymore. Children’s movies have come a long way from those stories to ones that attempt to convey a meaningful message not just for the children, but for the adults as well.

After 2000, the themes and storyline of children’s movies changed drastically. With Makdee (2002), attention was drawn to the grave issue of witches and witchcraft and people’s superstitions in such issues. The breakthrough came only in 2007 with Aamir Khan’s Taare Zameen Par starring the bucktoothed Darsheel Safari, which told the story of a young dyslexic boy who overcomes his learning disability with the persistent attempts of his supportive teacher Ram Kumar Nikumbh (Amir Khan). It went on to become one of the most successful children’s movies in the Bollywood box office. It totally changed the perspective that people maintained of children with any special need and challenges. More than that, it brought clarity in the way common people perceived and understood the differences between the different kind of disabilities as well as the importance of the education system finding a way to discover a child’s talent or skill and not to impose itself on a child’s imagination. Darsheel Safari’s portrayal of this dyslexic child left many parents moved, and increased the awareness and importance of special education in schools.

Soon, followed in 2009, two more such revolutionary children’s movies with messages for the grownups- Chillar Party, the story of a group of kids taking on a local politician and Stanley ka Dabba, another story of a teacher-student relationship. These films highlighted the importance of considering children as an important part of the society and also took into consideration the fact that children have their own special needs and their own perspective about different issues in life and they need to be told and expressed in their own way.

Social messages through children’s movies have now become the norm of the day post Taare Zameen Par. It is so probably because these are movies in which serious messages can be conveyed effectively through entertainment and fun.