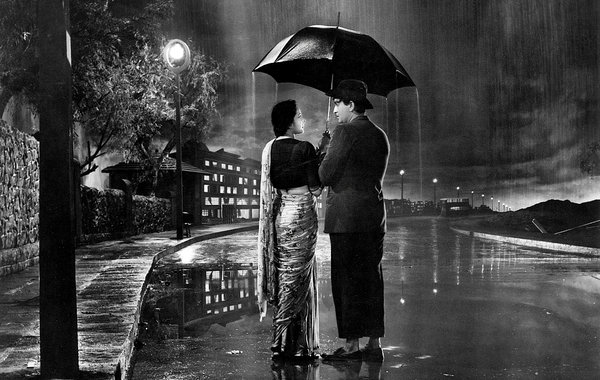 Rain… The word itself imbibes within us different memories and thoughts. It freshens up our mind with days and time spent with our loved ones, be it family or friends. The refreshing smell of the sand as soon as the rain drops fall on it, the sound of the rain drops falling on the roof tops of our houses, looking at the beautiful birds fluttering their drenched wings are common scenes we witness every time there is a downpour. 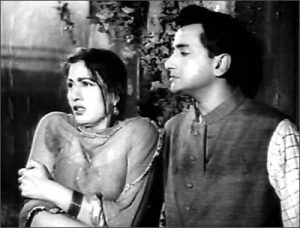 Rain is closely associated with Indian Hindi Cinema. The film industry believes any scene having rain in the backdrop forms the crux of the movie. The protagonist singing and dancing in the rain, happily moving around trees is a very common scene in Bollywood. When one thinks about rain numbers in Bollywood, the first and foremost song that comes into their mind is Pyar Hua Iqrar Hua, from the movie Shree 420, starring the legendary Raj Kapoor and Nargis, dancing under a black umbrella. This song is a legend in itself and portrays the Rain Effect in Hindi Cinema. Another movie where rain was made extensive use was the movie Chalti Ka Naam Gaadi, where a drenched Madhubala is crooned by Kishore Kumar with a very beautiful song Ek Ladki Bheegi Bhaagi Si.

The rain trends in Indian Cinema have been moving ahead with the change in time. Later also, many movies came up having rain numbers. Sridevi awed everyone with the famous rain number Kaante Nahi Kat Te in the movie Mr. India, starring Anil Kapoor and Lagi Aaj Sawan opposite Rishi Kapoor in the movie Chandni. This trend was carried on by Raveena Tandon in the movie Mohra opposite Akshay Kumar, in the song Tip Tip Barsa Pani. Anil Kapoor was left spellbound by Manisha Koirala’s beauty in the song Rimjhim Rimjhim, which also had rain in the backdrop, in the movie 1942: A Love Story.

Indian Cinema is well known for the dream sequences it can create and take people into another world. Rain has been used in many dream sequences in Bollywood. The most common ones are those seen in the movies like Sarfarosh, where Sonali Bendre imagines a rain number opposite Aamir Khan and the imaginatively penned Geela Pani, starring Urmila Matondkar, in the movie Satya. 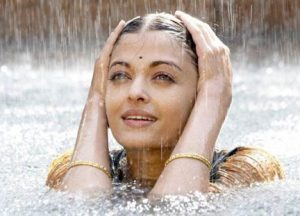 All modern day actresses are an integral part of rain numbers and many of the top notch actresses have starred in rain numbers. Kareena Kapoor surprised everybody with the beautiful number Behta Hain Maan Kahin in the movie Chameli, Aishwariya Rai Bachchan let her hair down in yet another rain number Barso Re, in the movie Guru, opposite husband Abhisekh Bachchan. Superstar Anil Kapoor’s daughter Sonam Kapoor started her Bollywood career in yet another outstanding rain number in her debut movie Saawariya, opposite Ranbir Kapoor.

With the ‘rain number’ trend becoming more popular with the change in Bollywood Cinema, I can clearly put that Rain Number is here to stay and the trend will be carried in the generations to come. It is something that will never go out of fashion in Indian Cinema. 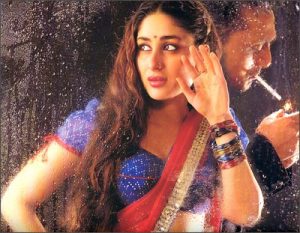 Rain scenes are not only applied in song sequences, but also in climax scenes where the unexpected happens. Lagaan is one legendary movie where the story and narration is clichéd onto rain itself. The movie Chameli starring Kareena Kapoor and Rahul Bose is about a story set in a single rainy night. Daag: A Poem of Love, starring Rajesh Khanna and Sharmila Tagore  is another movie where the whole story unfolds after a rainy night. Almost all Karan Johar’s movies have rain sequences in it, be it Kuch Kuch Hota Hain, Kabhie Khushi Kabhie Gham, Kal Ho Na Ho or Dilwale Dulhaniya Le Jayenge.

Thus rain is not only an integral part of Indian Cinema in the song sequences, but also in many climax sequences of the movies as well. We hope to see more of Bollywood Cinemas with rain in the backdrop.

Urshita is a masters student in the department of Mass Communication and Journalism, Tezpur University