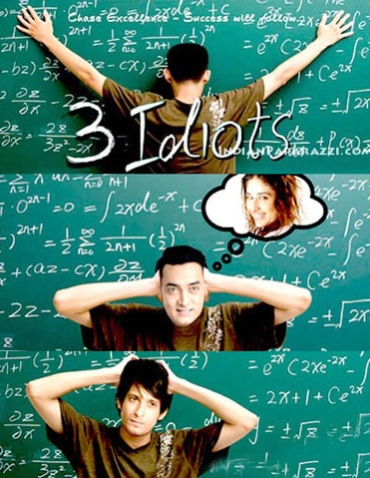 Bollywood and cricket is an inseparable component of most of the Indians. And so is the college life. 87.29 percent of Indians will agree on the fact that they had their best phase of life during college. A period of transformation, from a boy to a guy! Those were the days when they have been stepping up to a new level of life and started exploring various aspects of life.Here we will look at some of the fine movies of Indian Cinema based on various facets of college life.

College Masti:
The second name for college life is fun. Some consider it as a three/four year of paid vacation for them. Ask any person and most of them will tell you the best time they had spent is during college. This is the time when new friends step in to life and then starts a relationship with few people which lasts forever. This time is being celebrated in Indian Cinema since ages. The movies which have college fun embedded in them includes Khel Khel Mein, Khilaadi,Style, Waqt Hamara Hai, Rehna Hai Tere Dil Mein, Munna Bhai MBBS, Main Hoon Naa etc but the one which has been a landmark in exploring it is the 2009 movie 3 Idiots. Loosely based onChetan Bhagat’s novel Five Point Someone, this movie displays various aspects of college life and inspires and teaches too in the process, without being too preachy or boring, but in a light manner. The story revolves around three friends who meet in college and then forms a strong bond. From ragging to last night studies for the exams, from friendships to the love stories, from experiments to the muggers, the movie lists various characters and scenarios of a typical college life. The music has also been composed keeping the spirit of the movie and has been quite popular among the youth.

Love Blooms:
College time! The time when one start to ‘feel’ the things. The time when the platform for uncountable love stories is built. Those early days in college when that boy/girl can be separated from the others. This has been one of the most favourite plots for the filmmakers and thus there have been numerous love stories set in college live. The trend goes back to as old as Mere Mehboob of 1960s and since then the love stories in college has been presented in different forms over the ages. There has been Jawani Diwani, Tezaab,Phool Aur Kaante, Kya Kehna, Dil, Ishq Vishq, Tujhe Meri Kasam, Jaane Tu Ya Jaane Naa and many more coming of age movies which has impacted the youth. But the one that stands out and has been a landmark of Indian Cinema is Kuch Kuch Hota Hai. This directional debut of Karan Johar became a cultural icon and was the highest grossing movie of 1998. The story is juxtaposition of two stories, one of which is a love triangle and another is of a widower and his daughter. It stars one of the most popular on screen pair of Shahrukh Khan and Kajol and Rani Mukherjee in a supporting role. The story is based on the perception that the first step towards love is friendship. And the later it goes on discovering the love between the lead pair who had been great friends since college days. The performance has been poignant from all the actors in their respective roles. The music was also complimenting the story and has been very successful.

Discovering Oneself:
The youth in college times is not usually mature. They are lost and confused about what to do ahead. Should they go by the crowd, take the tried and tested route and took up a good job by scoring good grades or should they follow their passion and test themselves and their calibre. This is the time of discovering oneself. The time of choosing the path from where the returning will be a bit hard because as one realizes it might be too late. This aspect of confused youth has been brilliantly shown in some movies over the years. Notable ones are Yuva, Lakshya, Always Kabhi Kabhi, Isi Life Mein, Tezaab, Faaltu, Raakh, Wake Up Sid but the hard-hitting and phenomenal has been Rang De Basanti. This movie of 2006 shows the journey of a group of friends who are care-free, direction-less and escapists to the ones who can go ahead, set examples and light up the scenarios. This has been done connecting it to the proud freedom movement of India and thus adding patriotism in the backdrop which was a welcome change from the industry who was servingonly war movies to celebrate patriotism on the celluloid. The ending is thought provoking and evoked social awakening in the country for many. In the words of an actor of the movie Kunal Kapoor, the film was just a catalyst that presented patriotism in a package that the youngsters understood and empathised with. The star cast included Aamir Khan, Siddharth, Kunal Kapoor, Atul Kulkarni, Sharman Joshi, Waheeda Rehman, Soha Ali Khan, Alicee Pattenn in major roles and several others like Om Puri, Anupam Kher, Kirron Kher, Cyruss Sahukarin minor roles. The music was composed by A R Rehamn and was widely appreciated along with the lyrics by Prasoon Joshi.

Politics in colleges – an inseparable component:
College is a bridge between the childhood and the manhood. A person enters with his childhood and slowly starts to accept things from the other side. And unfortunately politics from the other side slides in too.Now a days it has been a part of college just like salt dissolved in water. Inseparable! Shiva(1990)  was probably the first movie which deals with the politics involved in colleges. Recently Gulaaland Dil Dosti Etchave also been based on the same theme. But it isthe movie Haasil of 2003 which exposes the politics in campus and the subsequent violence and other effects it brings to an educational institute. When released it was a failure on the box office as it was a product from a comparatively new, not very recognized team and actors at that time but due to strong performances and realistic storyline, screenplay and dialogues, lately it has seen a cult following.Of the lot,Irrfan gain his much deserved acclaim from this movie and went on the win several accolades for his portrayal of a fearless student leader who is an aspiring politician and uses the middle class boy Jimmy Shergill for his various purposes, apart from having an eye on the love interest of Jimmy, Hrishitaa Bhatt.

The Dark Side:
Just as a coin has two sides, sadly college life is no different from it. There can be a darker side of college life too. Very few movies have touched this aspect in Indian Cinema. Apart from the movie Hostel(2011), which portrays the ill-effects of ragging in college, 404 Error Not Found is a brilliant piece of work. This physiological thriller depicts another ugly face of college life where people can go to any length for their own sake of experimentation. They don’t mind if in the process a student can be affected mentally in the name of ragging. Again from a lesser known cast and depending solely on the performances and storyline, this movie is one of its kinds in Indian Cinema. A brave and bold experimentation as against the typical masala Bollywood, this movie also touches the science about the paranormal activities or what happens after the death. Compelling performances from Nishikant Kamath, Rajvvir Aroraa and Imaad Shah only increases the experience. 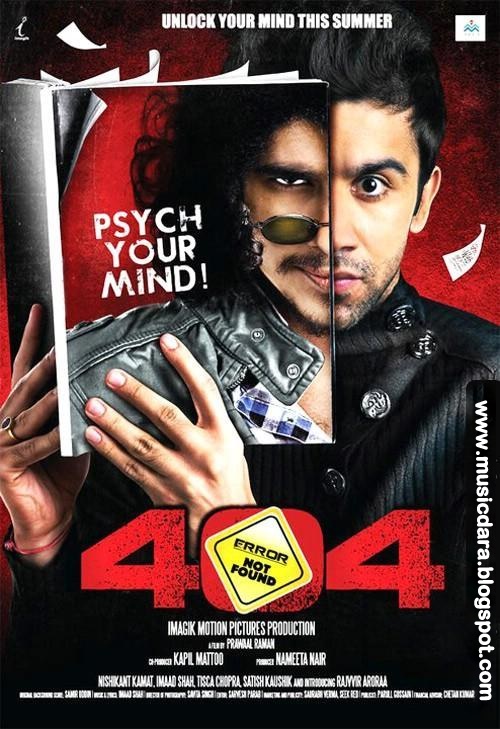