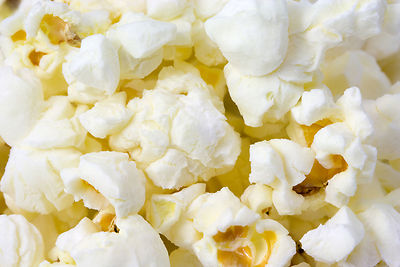 ‘The second half of the movie gets even better with popcorn’ reads the ad on the screen of a well known theater right after the intermission. And many rush to the snacks counter to get their fill. Soon the hall smells of samosa, popcorn and piping hot coffee. Soft drinks don’t really add to the environment, though it adds fantastically to taste.

Food has long been associated with cinema. Why so? That still remains to be answered. Does it actually add flavour to the genre? If so, what flavour would a ‘kerela juice’ add to a thriller? Just hypothetically asking…

While we ponder on that, let me add, food on screen definitely makes me hungrier. Does it do to you too? Point in case – No Reservations. A yummy Zeta Jones cooking up delicacies on screen. Oh! How hungry did that leave me? I was left craving for fish! (No offence to vegetarians . And all I could do with was momos, that were available fastest… mmm! And then of course I am still yearning to eat Chicken Khurana. Nothing to do with the hash that was added… But then when you see people relishing something you want it too. Like the way you want to eat what the person on the next table at a restaurant is eating… So yes, I will try Chicken Khurana some day. Some day after I figure how to make regular chicken curry well enough. Here I am not talking of tandoori murgi that you could ‘gatak le alcohol se’. We do not support item numbers per say, as an editorial policy. The number of women on board have made us believe women are as intelligent if not more than man… And definitely not akin to food items.

Back to the popcorn. So what does food add to your film? If it does… What would you like to have while watching a horror film? I believe chocolate works as an aphrodisiac  Maybe you could try that the next time you watch a Vishesh films product. No offense again! And sugar candy while while watching a Karan Johar film. Unless of course he decides to outdo himself again by making another My Name is Khan.

For me, popcorn has indeed added so often. Especially when I was forced to watch every movie released during my short career as a reviewer. It helped me not doze off, helping me get you honest reviews. But then again, at times I did feel… Did I have to waste more money than what I already wasted on the tickets. Let’s chuck all that. Let’s just enjoy the food. It is the season to celebrate food after all.