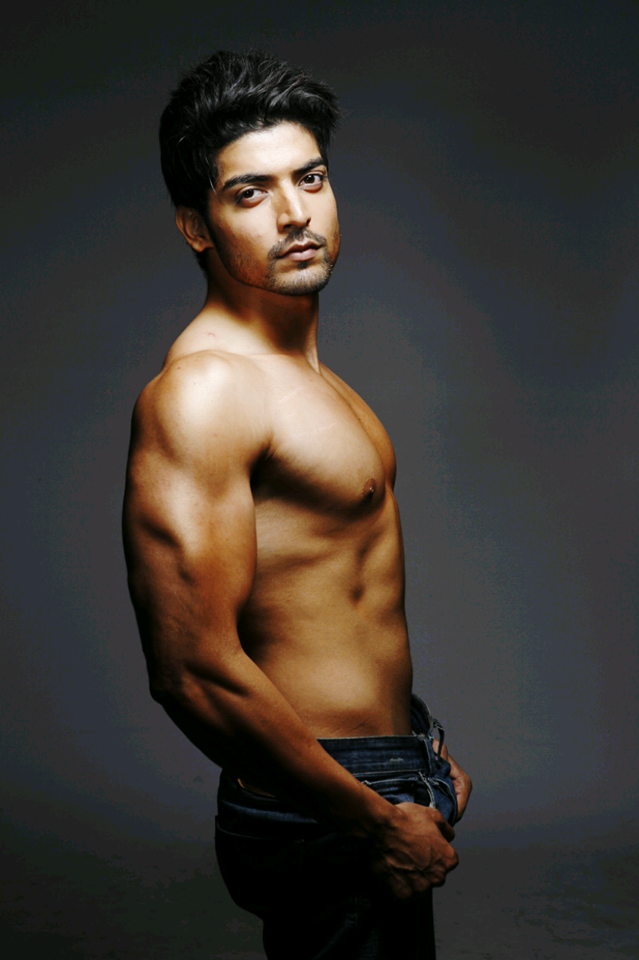 He is unabashedly romantic. At least that’s what we could make of him when we met him. He was telling us about his Valentine’s Day gift for his wife Debina Bonerji. He had taken her out for a helicopter ride across the city and even showed how their own house looks from up above. But that’s just one thing about Gurmeet Choudhary. Arguably one of the most popular faces on TV in recent years, we spoke to Gurmeet about work, life and a bit more…

You are one of the few actors who actually got a break in films before you did TV.

Yes I did my first movie, Cycle Kick, with Mukta Arts. I got a fantastic role. After that I did Ramayan. The film released much later. I tried to keep a track of the film’s release for two years.  It was an offbeat film and hence took time to release. But I really enjoyed shooting for it.

We believe people used to call you Shashi Kapoor while when you were a teenager.

(laughs) You know till date my friends call me by that name. And my elder brother, who went on to become a doctor, is called Raj Kapoor. My family is a fan of the Kapoor family!

Your love story is rather filmy. I am sure it would be interesting to get tips on how to date a co-actor!

Not many people know that we were living-in much before Ramayan happened. It is sheer coincidence and luck that both of us were selected to play Ram and Sita in the show. She was already shooting for films in the South but I told her that should give the show a try as I had auditioned for it too. The selectors did not know that we were dating. After being selected for the show we shifted to Baroda as the show was being shot there.

And you got married in between all of that?

In fact we got married much before Ramayan happened. We had met when we were merely 18. Of course we got officially wedded in 2011 but we had actually got married in a temple much earlier in a rather filmy turn of events. A few friends were a part of the ceremony and the families did not know. We had hidden it from the world as I wanted to do an official wedding when I was capable of fulfilling every wish of Debina.

How many times have you watched Qayamat Se Qayamat Tak?

Actually not. I mean we have watched it but that was hardly in our mind. You know when someone is working in films their lives at become filmy too.

And how did your parents react when they got to know?

Frankly we never really told our parents about the wedding at the temple. We never gathered the courage. We just did the registered marriage in 2011. They got to know about it when we were doing Nach Baliye and I decided it was a good time to tell the world that Debina married me when I was nothing. It was my way of telling the world that it’s not necessary that you should love a guy only if he has a good job etc. About the reaction, I have not got it yet!

A mainstream movie debut happened in Khamoshiyaan. How did your career change after it released?

I had already done the biggest reality shows on TV – Nach Baliye, Khatron Ke Khiladi and Jhalak Dikhhla Jaa. I did three hit daily shows. There hardly anything left to do on TV. I could have kept doing things but it would be only for the money or for the sake of work.  And that’s when I got a call from Vishesh Films for the film and it was perfectly times. I would like to mention here that not often do TV actors make it big in films. Primarily because of lot of actors take a film for the heck of it rather than wait it out for a proper banner. Your efforts go unnoticed if the film does not get a release. I waited for a good offer. Khamoshiyaan has changed my life quite a bit. Now I get offers for films and it’s up to me to choose what I want to do.

Yash Chopra apparently advised you to do TV. Tell us about his meeting.

I have a lot of respect for him. When I was very new in Mumbai I had randomly called him and he took the call. I told him I wanted to meet him and was pleasantly surprised when he actually asked me to reach his office. Ironically I was so new that I did not even know where the YRF office was and asked him for the address! He patiently told me where it was and I met him. It is then that he advised me that I should take up TV if I get a good offer as TV is going to be really big. This is way back in 2007 when TV was yet to become as big as today. Today of course we see stars like Mr Bachchan and Anil Kapoor doing fiction shows!

Tell us about your next “Laali Ki Shaadi Mein laddoo deewana”

It also features Akshara Haasan and Vivaan Shah. It is a fresh story and my fans will be able to see my in an avatar they will like. Can’t speak anything more about it right now.

About your childhood, how were you as a student?

I was an average student. My family would talk about how I never study the entire year but would study one month before the exams and pass. I would be busy with my martial arts and also had a lot of fun otherwise. Funnily while I would pass the others who would have fun with me would fail.

So you have a single-minded approach.

Yes. Whenever I do something I do it from all my heart.

You were to do Hate Story 3. Does it disappoint you that it did not happen or are you okay with it now?

Yes I was to do the film but there were various issues including dates and I could not be a part of it. But I knew from the first day that it is a film that would make money. There are things that do not work out.  Does not mean I would live with any regret or grief. I was happy when the film did well. I even spoke to T series when the film made money.

When you went out of the film there was things said by the director to which you had retaliated too.

Things keep happening in our industry. There are no enemies in our industry. You meet a person once and you are back to being friends. I don’t usually get angry and prefer to keep everything peaceful.

So do you continue doing TV, or will you film? And in TV, would be open to do daily soaps?

Well, I can’t do daily soaps because shooting for daily soaps mean you are shooting every day and I cannot give such commitments at this moment. Of course there are lot of fans who have been watching me on TV for last eight years and they consider me a part of their family. I get messages from them about how they miss me. So I keep looking out for opportunities like I Can Do That where I can show my talent and also learnt something. It was a difficult show and I still have pains from stunts done during that show. I need to keep going to the physiotherapist. I keep doing these for the fans. I would love to do some show like 24.  TV as a medium is huge today and we have a lot of film celebrities doing TV too.

You did get into modeling, won Mr Jabalpur. One thing that you enjoyed about modeling.

(laughs) This is something that everyone asks me. I won it really long back but people still ask me. It could be a great name for a film, Mr Jabalpur. Aside, I think modeling is a world where you learn a lot that grooms you before you can make an entry to the film industry. Modeling gave an entry in this industry. Eventually all models want to become actors.

4 thoughts on “Never had courage to tell parents about our wedding: Gurmeet Choudhary”