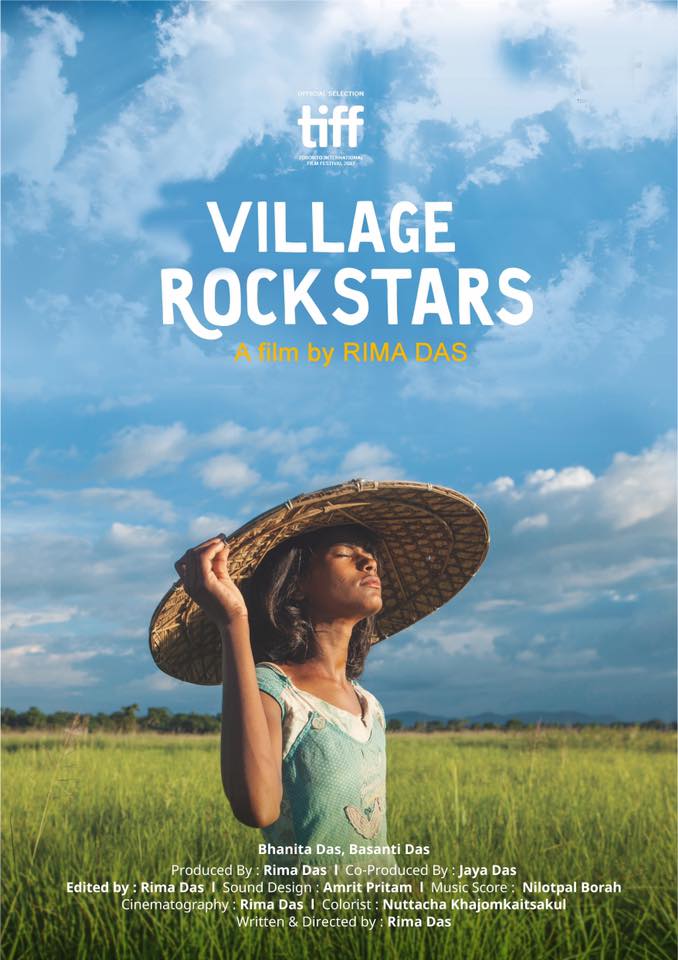 Somewhere midway through the Village Rockstars, an elderly teaches Dhunu, the young protagonist, about positivity and how her desire could be achieved with singlemindedness. And Dhunu’s believes that someday she could have her own guitar, a real one and not one cut out of thermocol as their kid rock band is used to. She has her aspirations. And unlike the boys who are a part of the kiddie band, she actually wishes to be a real Rockstar… but then a guitar is expensive. A little too expensive for a family barely earning enough for basic necessities.

Director Rima Das chooses to tell a story that she has probably lived with and experienced. And she chooses to tell the story with characters she knows well enough. This one is a story about the mind’s desire to accomplish the improbable, a desire that stays un-flinched at the face of the miseries that life takes one through. In this case, poverty and ravaging floods.

What is evident is that while Rima has her story in place, her screenplay probably evolved as she progressed exploring her characters. Screenplay hence is probably not the strongest virtue of Village Rockstars. Instead, what makes the film a delight is a rawness that the characters bring in, more because these are actual inhabitants of the village and behave very much like they do in real life. The director needs to be credited for making non-actors stay uninhibited in front of a camera.

Also remarkable is the way the film has been shot. Nature kissed moments as in abundance as the primary characters indulge in their daily chores. All these shot by the director herself, considering the film has been made by an elementary team where the kids have doubled up as a crew too!

And in telling its story, Village Rockstars also manages, rather subtly, to make a statement on women empowerment. It talks about the importance of a mother and how equality starts at home.

Village Rockstars is more about moments than a journey. Although there is the larger context at play, what makes it a pleasure is small bits that add to the larger story. Be it a plateful of rice without curry, or Dhunu harvesting betel nuts to earn money for her guitar, or she talking about the floods that took away her father…  this piece of beauty sends out a message to the universe. Stay at it, and you might make it. Like the director Rima Das did.

(The film was screened at MAMI Mumbai Film Festival 2017)