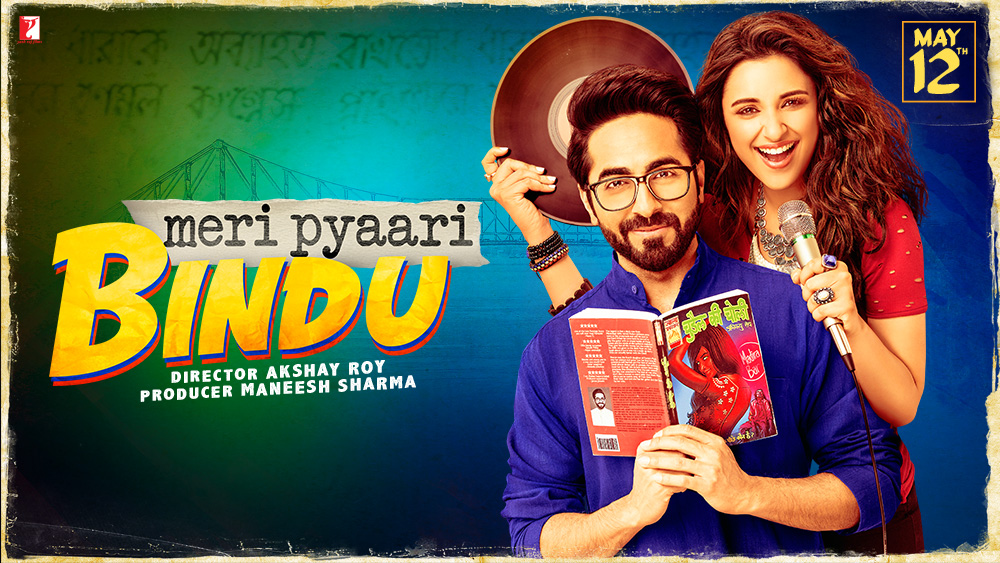 Childhood romances have their charm. They make nice stories, which can create an air of sweet nostalgia for the audience. Meri Pyaari Bindu is one of those. Abhimanyu ‘Bubla’ Roy meets Bindu Shankar Narayanan as a child and falls in love with her. They grow up to become best of friends, even as Bubla continue to love her. It is entirely likely that the story might find connect with many from the audience because situations that Bindu and Bubla go through are pretty real.

Of course to find a character exactly like Bindu in real life would be a difficult task. She has an impossible charm, enough to make her instantly likeable. On the outside, she looks like one who has absolute control of her life but she barely manages to fight her commitment issues, possibly stemming from the relationship between her parents. Bubla is the perfect support system and yet hardly manages to support his own dream. A relationship between such characters would be destined to be doomed. Growing up, they drift like most childhood friends do… albeit in his heart he carries the hope that someday they might cross paths.

Meri Pyaari Bindu is primarily a journey through a passage of time, more than a well-rounded story. It is about moments from the lives of Bubla and Bindu, moments that are made memorable by Bindu’s effervescence – something that Bubla fails to get over. Writer Suprotim Sengupta weaves a narrative that takes the viewer back and forth, between present day and the past… each memory being relived by Bubla as he tries to write his book. He uses some of the most memorable songs from Indian movies to bring up specific moments. So you shall be treated to some absolutely marvelous music for the yesteryears. 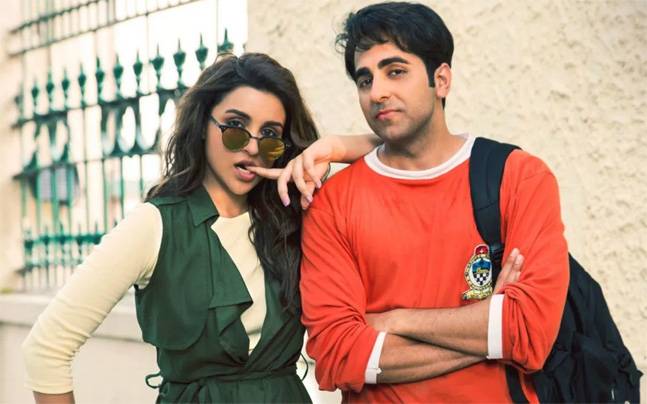 For the most part of the first half, the situations are humorous and making the film entertaining. The second half is when the screenplay takes slight dramatic turns, as Bubla’s the desperation is built. The writer even brings in a subtle reference to the classic Devdas – a story of doomed love – through a dog named Devdas. Devdas is a part of Bindu-Bubla’s perfect world.

The drama is where the film loses some of its punch, losing track and pace. Towards the end, there seem to be a couple of endless scenes which culminate to the perfect end.

MPB rides on some great dialogues. And Ayushmann Khurana and Parineeti Chopra mouthing those lines. The actors are perfectly cast and do not let the director,  debutant Akshay Roy, down as they get their respective characters bang on. And then there is the entire gang of supporting actors, each provided with a distinct character. They help keep the film entertaining. The internet generation will love Abish Mathew as Bubla’s friend.

Where MPB loses mark is Bubla as the horror fiction writer. Who writes Hindi fiction in the Roman alphabet?

Meri Pyaari Bindu sparks as a love story, one which does not quite have a certain fate. Watch for some fun moments and a near perfect end.