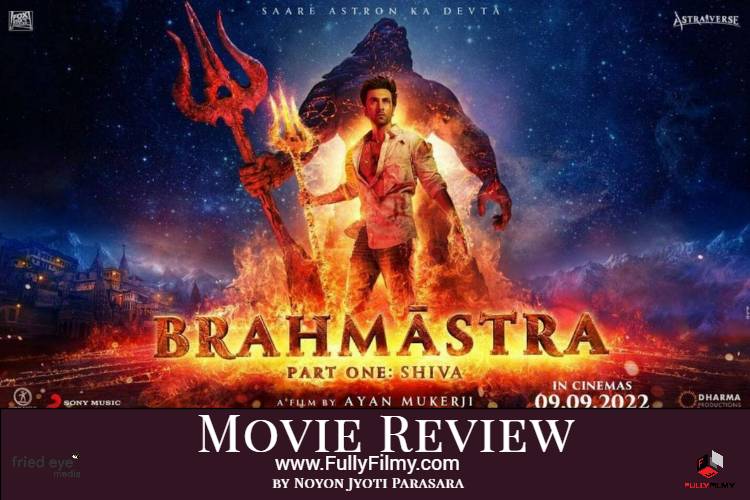 The first few minutes of Brahmāstra: Part One – Shiva could very well leave you flummoxed. For a film that is touted as the biggest Hindi movie ever made, the scenes look staged and the dialogues kiddish. But what you surely can’t deny is that the film projects opulence right from frame one. The money spent is visible and you are assured you are in for a larger-than-life spectacle.

Is the assurance fulfilled? Strictly from being a VFX wonder, Brahmāstra delivers. It in fact sets a benchmark for Indian films.

Yet, Brahmastra is well short of greatness. Having made Wake Up Sid and Yeh Jawaani Hai Deewani, Ayan Mukerji’s ability to create memorable characters and relationships on screen is well established. His biggest task, in Brahmastra, apart from delivering the scale, was to manage a relationship while keeping the thrill quotient high.

Brahmāstra: Part One – Shiva is the story of, well Shiva (Ranbir Kapoor), a guy from Mumbai who finds himself dragged into the middle of a cosmic power struggle. Some forces are after the foremost weapon – the Brahmastra, which has been broken into three parts for safekeeping. The forces have managed to get their hands on one part of it. As Shiva gets entangled in this, he is told he holds incredible power within himself, which he could harness to find the evil forces.

Shiva’s power is directly linked to him discovering love, which makes Isha (Alia Bhatt) an essential part of the story. And this is where Ayan finds himself challenged. In his earlier films, Ayan has had the entire stretch of the film to build the relationship. With Brahmastra he lands in unfamiliar territory – having to build a relationship that forms the crux of his story, and yet drives action and thrill at regular intervals building towards a final showdown. Shiva and Isha’s relationship feels forced, unlike what Ayan has managed in his earlier outings. That does not falter Ranbir and Alia’s chemistry and performances. Both the actors deliver their bests.

On the brighter side, things start falling into place towards the end of the first half as the pace sets in. The action scales up and you could well find yourself at the edge of your seats.

Also deserving of credit – Sudeep Chatterjee, Patrick Duroux, Pankaj Kumar, Manikandan & Vikash Nowlakha who lens it; Pritam for the music, Prakash Kurup for editing; and the whole team who works on the stunts.

The biggest win for Brahmastra is that it manages to create an origin story to an exciting new universe, which the makers have termed Astraverse. While Ayan borrows from Indian mythology, he is quick to make a departure and create his own. Also among its strengths is Brahmastra’s capability of transcending age barriers. Ayan clearly endeavours to provide something for all segments of audiences – kids to adults, multiplexes to single screens. He brings in some exciting cameos that promise to evolve into exciting stories for future installments in the Astraverse. We can only hope they work harder on the dialogues – clearly the weakest link in this film – for the next in the franchise.

Brahmastra in Hollywood lingo could be described as a quintessential “summer blockbuster”. As the old Hindi saying goes, “isme action hai, romance hai, drama hai…”! This is made for the big screen and nothing smaller will suffice.