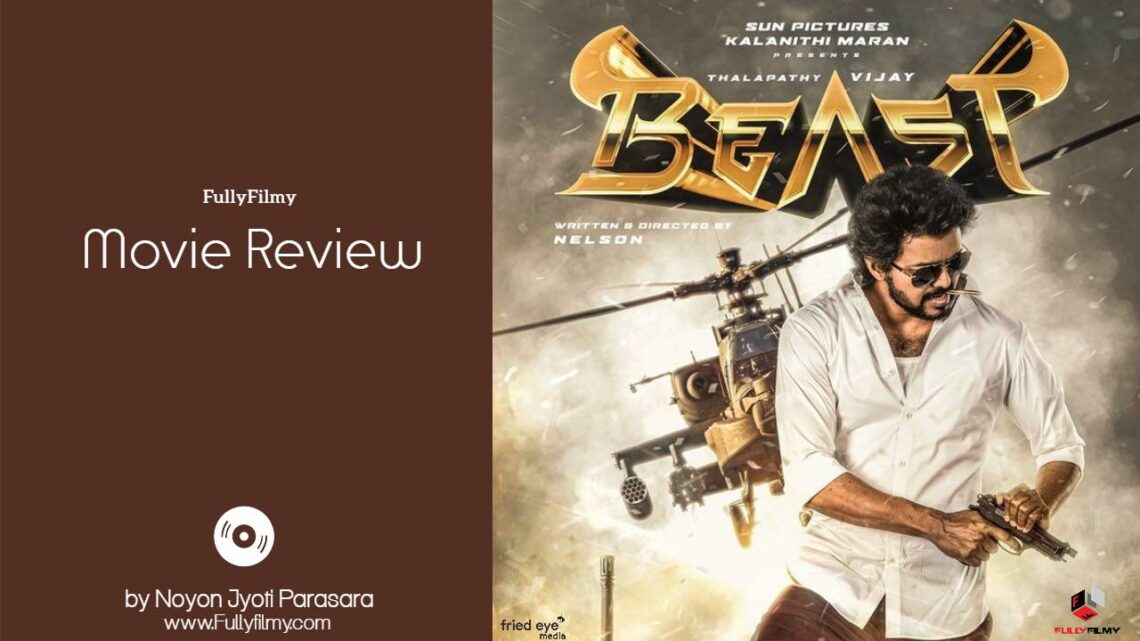 There is no easy way to put this. Vijay needs to reinvent. He needs to rethink how he wants to take this stardom ahead. There can never be a doubt that he is super charming on screen. He would not have been the star he is today without that. He acts well and dances fantastically. But over the last few years, his films have relied far too heavily on his charm than a screenplay. And with Beast/ War it seems Vijay is entirely okay with this arrangement. He can after all pull up wonders at the box office irrespective. But then times are changing, and we have seen some of the biggest stars of Indian cinema falling in recent years. Surely the Tamil audience would not be left behind.

My concern out of the way, let’s talk about Beast. Or War. Whatever you wish to call in, depending on the language you watch it in. 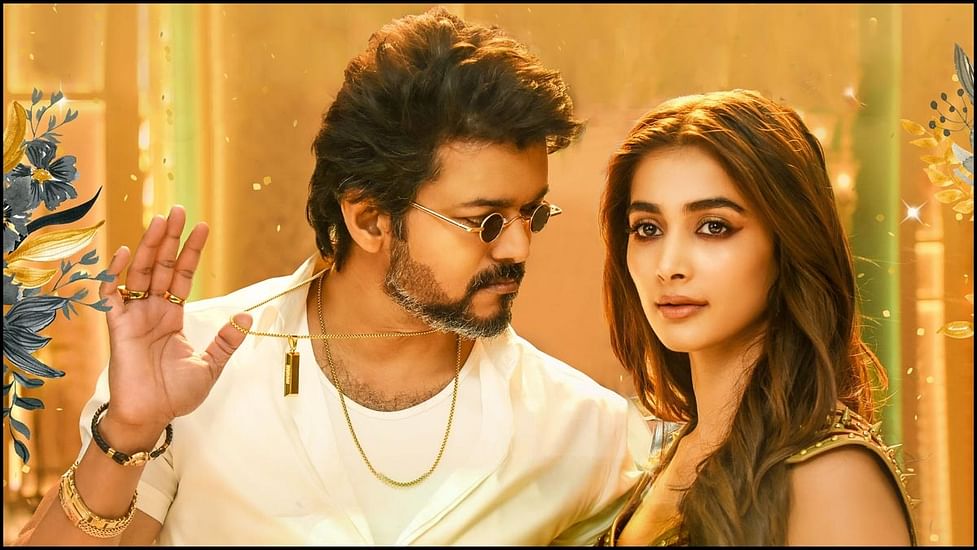 No marks for guessing what happens next. Our superhero, Veer Raghavan, takes on the terrorists and singlehandedly foils their plan, eliminating one after the other.

All good, except, the director decides to drag this tale for over 150 minutes. How, you ask? Remember the buffoon boss and the girlfriend? In between the daring operation, the director finds scope to infuse comedy, romance, and everything else that anyone sensible should have avoided. There is also a silly politician with a sinister plan.

What writer-director Nelson fails to get into the screenplay is genuine strategy and tactic that could create the required thrill and keep the viewer engaged.

Credit where due, Beast is slick. It’s shot well and the action choreography is a whole lot of fun. Where Beast fails completely is trying to make the viewer laugh. Director Nelson uses actors like VTV Ganesh and Yogi Babu to create characters that could be used as fillers in between the action sequences. But who wants fillers in a thriller?

Hostage dramas are not new. And we have had multiple thrillers with a single man taking down terrorists – from Salman Khan starrer Tiger Zinda Hai to Vidyut Jammwal’s Sanak. The very theme of a superhero-like personality taking on armed terrorists is about breaking away from what could be believable. And Vijay’s inherent swagger makes it easy for people to buy into the narrative that he is as capable as anyone could be. But he can only do that much.

At 150 minutes long, the film did feel like a hostage drama. I felt like a hostage. And no, even Annirudh’s music could not make it feel any less painful.

Beast / Raw is available on Netflix.