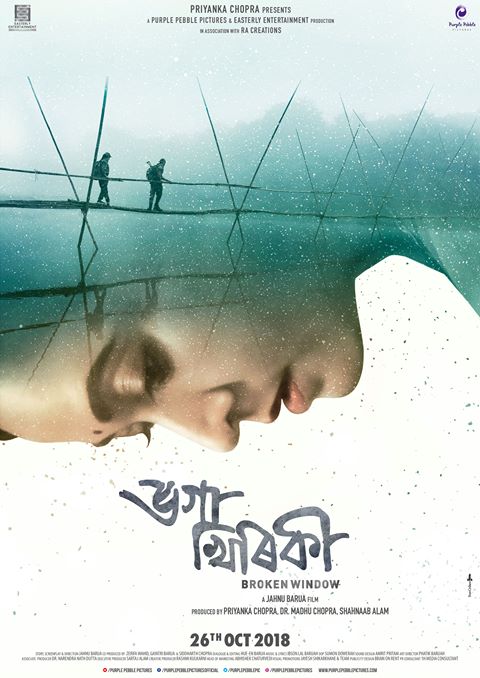 Jahnu Barua’s ‘Bhoga Khirikee’ produced by Priyanka Chopra’s Purple Pebble Pictures and Shahnaab Alam’s Easterly Entertainment will be the opening Film at the 2nd Guwahati International Film Festival. The Film will be screened during the Opening Ceremony of the GIFF at the Srimanta Sankaradeva Kalakshetra on the 25th October’2018.

The film has songs written and composed by Ibson Lal Baruah, sung by Anindita Paul and Ibson Lal Baruah. Camera work in the film is by Suman Dowerah and Art design by Phatik Baruah. Amrit Pritam Das has done the Sound design for the film, while it has been edited by Hu-en Barua. Debajit Changmai will do the Final Mix of the film.