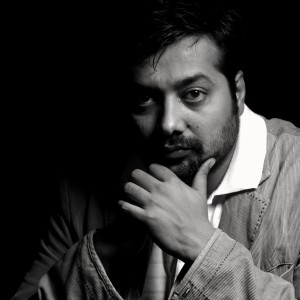 Though he tries not to take the tag of ‘poster boy’ of independent cinema in India, there is not much Anurag Kashyap can really do to shake it off.  For one, if he is not making his own film he is trying to promote someone else’s film – one which would probably not make it to the screens otherwise. That’s what he is currently doing now, pushing all his might behind a documentary called ‘The World Before Her’ – as the presenter.

Long in awaiting for release, The World Before Her has already created ripples across the world and won numerous awards. Its DVD is in fact even available in Amazon! But an Indian release has so far been one struggle that the producer could not manage. Not until Anurag stepped in and took it upon himself.

“I watched it three days in a row and could not get over it. I wanted to present the film because things were not working for it,” says the filmmaker who is currently going through rounds of interviews to talk about the film. And he assures that he earns nothing out of this. “If the documentary makes money it will go to the producer. I get nothing. But that’s how I have been all my life. Some people think I am stupid and some don’t think so. If someone feels that they could get some audience by putting my name in the film I am always willing to help,” he adds.

The World Before Her is a documentary featuring the stories of two girls. First being former Miss India Pooja Chopra, who was seen in last year’s hit Commando. The other one is Prachi, a member of Durga Vahini. The documentary is a commentary on women empowerment in the country and the money generated from donations online is being used to take the message of the film across the country.

“Generally as filmmakers we meet models who talk about desire to be in films. We dismiss them right away. That’s because we feel their entire life revolves around their looks. But after seeing this I realized there is so much more to Pooja. Also if you meet someone like Prachi you might just dismiss her as a fundamentalist. With this documentary you see where they are coming from. You see the fear of stepping into the world that they are stepping into. There is so much objectivity! The film is not about a Miss India or Durga Vahini. It is about these two girls who lived in a world where they wanted to live with dignity and respect. And they found that through the medium they chose to compete in,” he elaborates. It may be recalled that the world had sat up and took notice of Pooja Chopra when she revealed, right after her win at the pageant, how her mother had walked out of her marriage to save Pooja from being a victim of female infanticide. “And that’s when you feel that instead of judging people like that you that, should try and give them opportunities and options and probably create a better world for them. That’s what the documentary does to you,” explains Anurag.

And while he argues about the society, the filmmaker claims to be an anti-feminist. “I realized that pretty late. I think feminism brings in a false sense of empowerment. Why does women need to be empowered? That’s because we have to compensate them for creating such a world. Why can’t they just be?” he questions and adds, “I realized later why all feminists are so angry. They are angry because they are not empowered!” The filmmaker brings out the example of his daughter who he says is brought up in a way where she would not need to be a feminist or to be a Miss India to feel empowered. “My 13 year old daughter today knows that she can talk to me about anything and I will answer it,” he says.

Even as he promotes the film, there are apprehensions that the film’s release may be opposed by certain fractions such as VHP. “Let’s see what happens. Any kind of prohibition comes from fear. Our mindsets guide us as to reject whatever uncomfortable as wrong. Rather than dealing with our discomfort we curb that thing. There is nothing is the film that could bring such reaction. The film is not about RSS or Durga Vahini,” he says.

Interestingly, even though he believes in the power of documentaries, Anurag accepts that he has never managed to make one. “I have one subject but I don’t have the time to travel and research on the topic,” he informs. The filmmaker of course is busy with his films; currently midst post production of his biggest film so far – Bombay Velvet, starring Ranbir Kapoor and Katrina Kaif.

In the meantime, his Ugly is finally up for release. Long in waiting as the director was not willing to put the warnings against smoking during scenes of the film, he says the producer cannot wait for any longer. “The High Court says that the case is already in the Supreme Court since five years and is being fought by Bhatt saab… Now the last four sessions have taken a year. If we keep waiting the financier will go bankrupt and I cannot let that happen. They have already given a lot of time already. So yes Ugly will release.  That does not mean we stop fighting,” he concludes promising to keep his fire going.