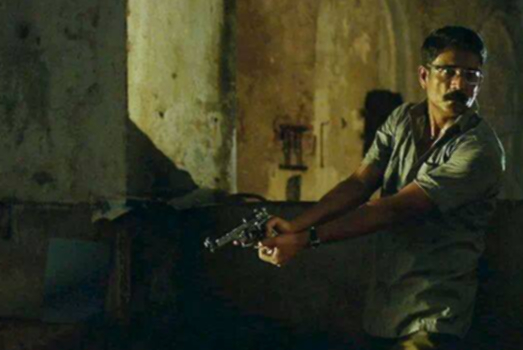 There’s no denying that for quite some time now, the name ‘Adil Hussain’  is creating buzz.  For those of you who are still wondering, Adil is an Indian stage, television and film actor from the state of Assam. We caught up with the actor recently and this is what he had to share with us… 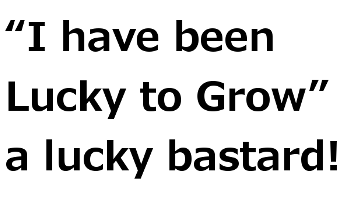 Fried Eye: Adil Hussain- undoubtedly one of the most popular actors on the block from Assam! Tell us how does it feel and what it takes to be recognized in the film industry?

Adil Hussain: At the onset I must acknowledge that a purpose of work and a sense of recognition occurred to me early in life. It all began when the common people started to recognized me as a stand-up comedian back in Assam. I was a young 18 year old back then, brimming with energy and a bag full of dreams. My first taste of paparazzi traces back to Shillong when I was first photographed (and my first autograph as well) while I was associated with the ‘Bhaya-Mama’ group. That was when a sense of utter accomplishment and a belief of public appreciation dawned upon me.

Though these feelings come across as productive boosters, I feel they are malignant and volatile.   I would rather put it in this way, “Photographs and autographs are like pain killers-they help you in numbing the pain but do not cure the want of inner satisfaction of a wandering soul”. Recognition came as a bonus in my journey all these years, I discovered my inner self, carved a niche for myself in the crowd, fell in love with solitude. Meanwhile, recognition came along at its own pace. I am fortunate that I have the capability to be recognized and share the recognition with the two most wonderful persons of my life- my wife and son.

Fried Eye: Why did you choose to return to Assam and work with ‘Hengul Theater’ after your course at Drama Studio, London?

Adil Hussain: I know it comes as a surprise that I chose to work with ‘Hengul Theater’ after Drama Studio, London but then I had my own ‘technical reasons’ for that matter. I intended to hone my acting skills under Khalid Tyabji and believe it or not, at that point of time I didn’t have the necessary resources to pay a fee of Rs 1000! With only Rs 100 in my pocket, I must acknowledge that I was lucky to be hired for Hengul. I performed everyday and it was a big-time opportunity to do four plays in nine months almost everyday! On top of that I got the money and managed to buy a motorbike, travel to some interior regions of India, meet humble tribal communities, interact with many individuals belonging to different societies etc and to add, the entire experience was an opportunity to learn about people and the different societal abilities. 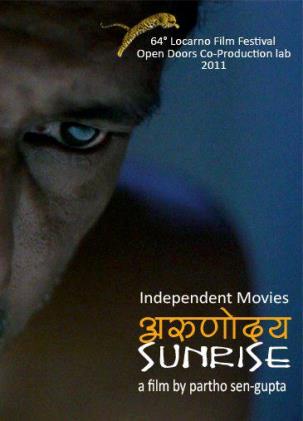 Fried Eye : Your choice of roles and scripts is a tad different from others. Is it true that Adil Hussain seeks complex roles in the industry?

Adil Hussain :(Chuckles)  Well, to be honest, I look for sensible opportunities that will enhance my growth in the industry.  Playing different shades are challenging.  I tell myself, “No challenges, no growth”.  During crises, the mind becomes restless and we spend sleepless nights, but it is in this process of recreating, resolving and responding to challenges that we learn to perform. Things happen. There’s a thin line between ‘making things happen’ and ‘letting things happen’. At any moment of our lives we have the power to make things happen instead of just letting them come by.

Fried Eye: Tell us where you draw your inspiration from. Who’s been that one person who acts as a source of unfailing motivation?

Adil Hussain: It will be wrong to say if I have one person. But yes, my spiritual mentor is Shri Dilip Shankar

Fried Eye: We know you started as a stand-up comedian in the hugely popular ‘Bhaya-Mama  group’ back in Assam. Tell us about your first performance and how have you grown ever since, both as individuals and as an actor.

Adil Hussain: During my stint with Bhaya-Mama, I met Shri Dhruva Kishore Choudhary. His performance was beyond any selfish motive. He didn’t perform because he had to earn a livelihood. He performed because he loved it! His love towards the common people, individual and society, his wit, humor , political satire – everything was unparalleled!  My ’education’ towards being a performer started with ‘Bhaya-Mama’. I was a teenager absolutely in love with acting. I met him, Shri Choudhury in 1982 and together we made a video called “Jook” where I played the role of  a Mahajan and he potrayed ‘Bansaram’. The philosophy behind performances was implanted in my mind by him but I admit that I still have questions unanswered. I hope I shall find better answers to them. 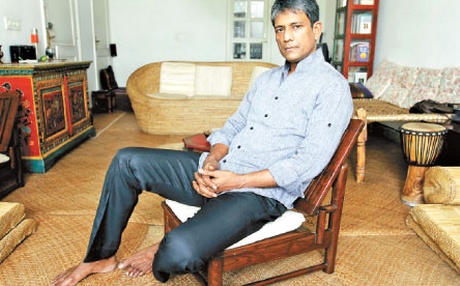 Fried Eye: Who would you vote as your best co-star till date?

Adil Hussain: Dilip Shankar in the play Othello: A Play in Black and White

Fried Eye: ‘Life of Pi’ was one of the biggest movies of 2012 grossing over $609 million worldwide and was all over The Academy Awards and The golden Globe. How do you feel being a part of such an international blockbuster?

Adil Hussain: I feel highly fortunate to have been chosen by Ang Lee . It’s not everyday that you get a movie like ‘Life of Pi’ which is dedicated more to art rather than money (If I have to work for money, I might have to speak insipid dialogues)

Fried Eye: Which has been your most memorable role so far?

Adil Hussain: Othello has been by far the most memorable role. The play rolled on for 10 years from 1999-2008. Also, the play Goodbye Desdemona by Roysten Abel. I owe to Othello and Roysten for I have been able to consolidate and fortify whatever I have learnt.

Fried Eye: What are the projects that you have in the offing-both in India and International arena?

Adil Hussain: In the near future I have a lot of collaborations lined-up. Blemished Light : an American-Indian collaboration , White Lies, directed by Oscar winning director Danis Tanovic (known for No Man’s Land), Sunrise , an Indo-French collaboration and Feast of Varanasi, a British India collaboration. In the Indian arena, audiences will see me in Subhash Ghai’s movie, Kaanchi, in Ranjit Kapoor’s, Jai ho Democracy, in a Bengali movie, Kaacher Deewar, and as a guest actor, in Parched directed by Leena Yadav. In this particular movie, I had the opportunity to work with Russell Carpenter, director of photography of Titanic fame. Also, the leading role in Chandraprakash Dwivedi’s movie Z-plus

Fried Eye: Now that you’re being looked upon by hundreds who wish to go your way, what would be your earnest advice to them?

Adil Hussain: Be transparent in your intensions, develop the courage to follow your inner heart, draw inspiration from your parents and also from the goodness of the society around you.  Lastly, take pride in learning from mistakes, for the learning is a ladder to success.

And with that we ended the beautiful conversation. I discovered Adil Hussain as a focused and humble human being with no celebrity- air around him. Fried Eye wishes him the best for his future projects!

(as discussed with  Sanzeeta for Fried Eye )