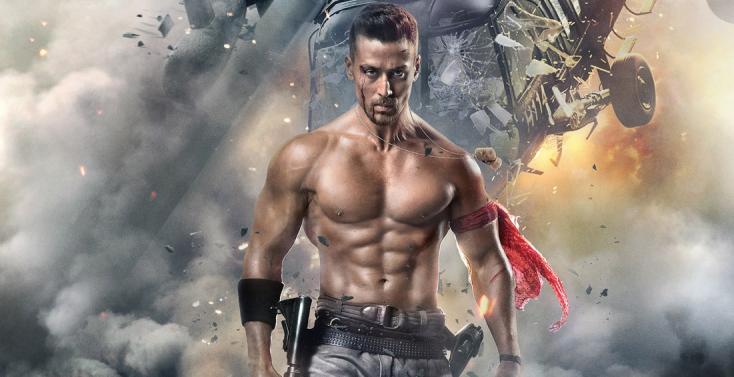 What happens when our Bollywood hero runs through an army of rogues, all armed with heavy artillery, spraying bullets at our man at will? They all get killed, while our man, a true brave heart, shows what being bulletproof actually means. Yes, that’s exactly what happens in Baaghi 2, as Tiger Shroff razes down an entire battalion of goons to the ground. Nope, I am not giving away any spoilers… if you have watched even a few Bollywood films you know exactly why this is not a spoiler. It is EXPECTED! Bhai, Bollywood hai after all!

And that is exactly why probably Baaghi 2 makes the cut. If you are one of the lakhs of people who are excited to watch this latest action adventure starring Tiger Shroff, you already know what you want to watch. You already know what to expect from the film. You already have watched the trailer. If not, I strongly suggest you watch the trailer pronto. No, this film does not promise anything close to realism. And it does not waste a moment in establishing that. Director Ahmed Khan sets it rolling right from the first shot.

Remake of the Telugu film Kshanam, Baaghi 2 has no connected with the 2016 prequel except the name of the hero – Ronny. This one in fact has a far better story, which of course has to be credited to the writers of the Telugu film. Where director Ahmed Khan does it making the scale much larger, and at the same time diluting the screenplay with some absolutely unnecessary song and dance routines. There are at least two songs which should have been left out from the final movie, if they wished to keep the screenplay tighter. But then, who cares for a screenplay when you have a hero who can dance and fight like Tiger does.

Tiger Shroff – easily new young generations most promising action star, and a worthy successor to Akshay Kumar, if he upgrades his acting skills, is like an action-director’s sweetest dream. Ripping muscles, stunning acrobatic skills… he is impossible to not watch, and marvel. And with Baaghi 2, Tiger has even managed to emote… wee bit, which gives us hope that he might just get better at delivering his lines. He is still young and has age on his sides.

The rest of the cast is just there because the producer probably decided he can sign them. And yet, Manoj Bajpayee, Randeep Hooda and Deepak Dobriyal manages to please…  Prateik Babbar playing a drug dealer also does well. Disha Patani looks stunning, though she could probably do better with some more work on her acting abilities. There is also a pretty ordinary Darshan Kumar and a bad Shaurya Bhardwaj as a commando.

The screenplay, as mentioned earlier, is compromised by the need to play to the gallery. Yet, it manages to hold the suspense fairly well till a little after the second half. A little girl has disappeared and her mother seeks the help of her ex-lover Ronny to find her. As Ronny investigates, he finds too many loopholes in the story of the mother to a point when it in unclear if the kid ever existed. If the director had it in him to show restraint, Baaghi 2 could have been a far superior film.

Baaghi 2 scores on action…. In fact for the lovers of the genre, the climax of the film would probably be what is termed in pop-lingo ‘paisa-vasool’. Like one of the goons in the film describe the hero, Tiger Shroff is unstoppable. And you have to give it to him there.

Baaghi 2 is nowhere close to being great.  But it is easily Tiger Shroff’s best so far. Director Ahmed Khan returns to direction after over a decade. His last two films were nothing great either, but with Baaghi 2 he takes the level much higher than what Sabir Khan had managed. Watch it just for the thrill of over-the-top action.