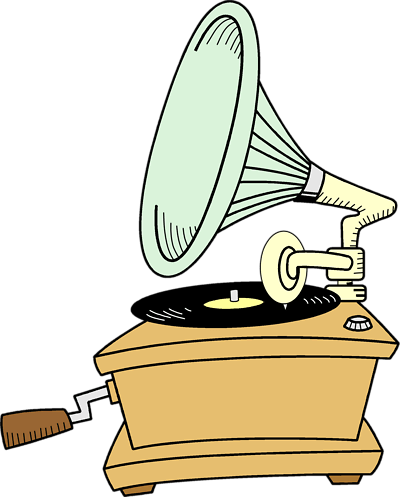 Movies have come a long way. First it was those street plays, then theaters and then silent cinemas and then to the cinemas that we see with full fledged dialogues.But one thing that has been witnessing this transition by being a silent spectator is the sound or music as we know it today. Music in itself and by itself has undergone a sea of change right from how the songs were recorded live at the scene to now where all the music director needs is the lead singer

True music aficionados would scorn at the current standards of music in the film industry. To them music is synonymous to MS Subbalakshmi crooning her kritis or keertanas or the ghazal maestros weaving their magic. India being a country with a varied culture and dynamics is home to a plethora of genres of music. Some of it is influenced by the west but majority of our love for music comes from our descent and it is ingrained into our psyche.

The most popular genre of music today is film music or light music.

Film music itself falls under various categories- melody, folk, rap, jazz so on and so forth.

Typically a scenario when a song is born goes somewhat like this. There is a particular emotion that the director of the film wants to convey be it love, happiness, tragedy etc at a particular point in the movie. He then along with the lyricist visits the composer and explains the situation and justifies the necessity of a song in that point of the movie. The lyricist then writes the song and the tune for the same is composed. This entire process has now undergone a change. It so happens for any BIG star there has to be an introduction song. The song is conceived and tuned even before the rest of the script is hard bound. So these fall under the FORMULA category where there are typically 5 songs. One song for the hero introduction, One for the heroine introduction ( it could be the one where the hero teases the heroine ) one song when the heroine falls in love with the hero. One song when there is a change in their relationship status or there is a rift in short a melodramatic song that yearns to tug at the heart strings of the listeners. The Fifth song which is nowadays a must for any movie irrespective of the language of the movie-The ITEM song where we have a popular heroine (donning skimpy outfits which we would be ashamed to wear in the confines of our own homes) and in a few cases a popular hero dancing ( most of the time provocatively). So thats the long and short of the genre of film music today. Very rarely do we see or listen to a song in only a native language. Say for eg. a pure tamil song or a pure hindi song or a pure telugu song. Understood and agreed that we being a multilingual country can efficiently speak more than three languages but still the essence of the song is lost when tried to put too many ingredients in it.

This article about film music would be incomplete without the mention of AR Rehman. The man who put Indian music on the world stage  and the style with which he did that. Yes SLUM DOG MILLIONAIRE the movie that changed the way our music industry was perceived by the west and the rest of the world. Yes, the Oscars and Grammys and every thing followed and it was a glorious year for our music.

Well at this juncture it is a must for me to elucidate on the so called Piracy of Music. Well not in the sense that we get to download the songs on line and stuff but it is that the current crop of music directors blatantly lift off music from other languages and pass of as their own with incredible credulity. Such is their gall and such is our gullible nature that we happily lap up whatever is dished at us. No one sues another for copyright infringement. Such cases come up during the promotional phase of the print and giving the movie maximum media mileage but once the movie is released these cases meet their surreptitious ends. Gone are the days when the music directors prided themselves in making chart busters. Now is the era of the internet so we have copies of English songs in Telugu and Tamil and Copy of tamil songs in Bollywood. In most of the cases the music directors of such songs are same and they find it a waste of their talent to give new tunes or may be the producers are to be blamed to getting the same tunes for less. We had a chart topping hindi number recently that was a lift off from a telugu flick. When entire movies are being remade what’s the fate of a single song.

The advent of internet and the social networking sites are helping the publicity of the music of a particular movie. Gone are the days when we used to have posters announcing the release of music. We now have live streams of music release functions on line. Music promotions, Online radio stations etc are all adding to the publicity of a movie and in particular the music of the movie. We indians are suckers for freebees so we have garrulous radio jockeys announcing free music cds or movie tickets to their caller and celebs who are perceived as demigods by their fans, themselves promoting the music of their movies.

I must not fail to mention the recent song ” Kolaveri Di” from the Aishwarya Dhanush Directed tamil movie “3” going viral. What was perceived as a leak then turned on to become the most viewed video as announced on CNN.It has more than 25 million hits on you tube. We have every one from a 4 year old boy to a 60 year old man and every nation from Pakistan to Germany making their version of the song and getting their two seconds of fame.

The movie industry and in particularly the music industry has seen a sea of change and will continue to see and experience the change for eons to come.

Music is ephemeral and so are lovers of music….