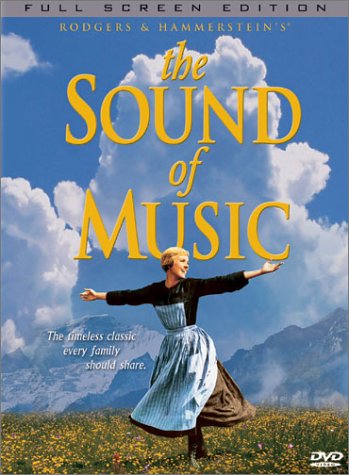 Seven brides for seven brothers is a musical from Hollywood from which the movie Sattte pe Sattta derived “inspiration” Well but we are not writing about the movie nor does it figure in our recommendations for the week which we have named as Seven musicals for seven days.We are bringing before you our seven DVD picks for the coming week and going with our theme we will feature seven musicals that one should watch at least once for a totally enjoyable musical experience. With this we have attempted to offer you a diverse selection through our DVD picks.

No list for Musicals can be complete without mentioning the ultimate Musical – Sound of music. A 1965 movie by Robert Wise starring Julie Andrews and Christopher Plummer, which caught the imagination of both the viewers and the movie makers, who kept on churning variations of the time tested formula of the movie.The movie is a story of a Governess, who had been handed the charge of highly indisciplined  children of a disciplined person and how she wins them over is the basis of the movie. The music and lyrics are by Richard Ledger and consists of classics as Do re mi , Sixteen going on seventeen and the Sound of music. 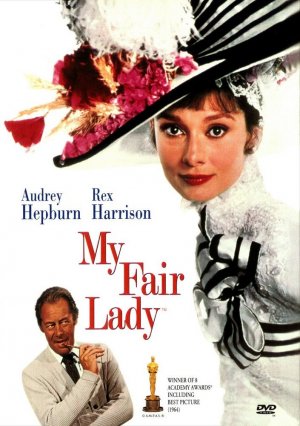 My fair lady , a 1964 movie adaptation of a stage musical of the same name  is again an adaptation of Pygmalion by George Bernard Shaw, directed by George Cukor and starring Audrey Hepburn and Rex Harrison. The plot if you are familiar with , you will remember it as that of a wager by the snobbish professor Higgins that he could make a flower girl presentable enough to pass her off as a Lady of the high society. The movie won eight Oscar awards, including the one for Original music score and can be recommended as a collector’s item. The music by Frederick Loewe is melodious and consists of the numbers such as I could have danced all night, The rain in Spain and You did it. 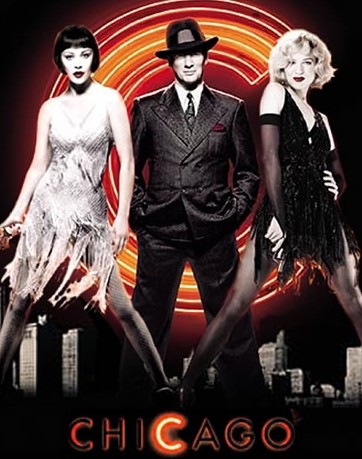 Let us move up a bit to the recent times. For a change from the pastel shaded romantic musicals to something red and hot. Yes Chicago , starring Catherine Zeta Jones, Rene Zeilwegger, Richard Gere . This 2002 release directed by Rob Marshall is just the thing to pump up your adrenaline with all the oomph and energy. It had won six Oscar awards and also was a huge commercial success. The plot in itself is a simple one about two murderesses Catherine and Rene who are on the death row for different charges and who fight for their fame as it is their only ticket to escape from the gallows. The performances of both the actresses are live wire and high energy and both sizzle their way through All that jazz! The music is by John Kander in almost all of the tracks and consists of popular numbers like All that Jazz, Chicago and Cell block tango. 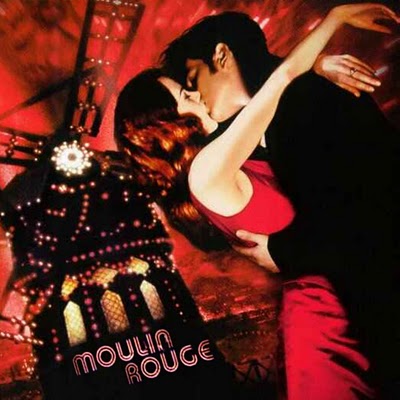 After the oomphy and red hot Chicago, lets move on to the colourful and glitzy Moulin Rouge with a comparatively mellower theme. Again a recent choice, from 2001, this Baz Luhrmann directed movie starring Nicole Kidman and Ewan Mc Gregor has all the elements of a masala bollywood movie , except  that it is a Hollywood production. The plot is  set in the nineteenth century with music from the current times, and the story builds up when the romance between a poet and the star courtesan of the Moulin Rouge, a night club unfolds with a third element, the Duke, a patron of the night club,who also desires Nicole . You will be interested to know that it features a track Hindi Sad Diamonds, which is a medley and features Chamma Chamma by Alka Yagnik. Other than that – The track, ‘The show must go’ on is the highlight of the movie 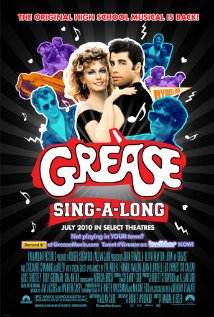 This 1978 movie , directed by Randal Kleiser and starring John Travolta and Olivia Newton John is considered among the top musicals of all times. A teenage musical love story, but it has the added advantage of show casing some groovy moves by Travolta . Music by Jim Jacobs has some really peppy numbers like You are the one I want, La Bamba, Rock n Roll Party Queen and Greased Lightning.

Phantom of the Opera- 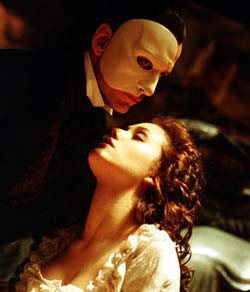 Leaving out Andrew Lloyd Webber from any list on musicals will be sacrilege. Hence we have  Phantom Of The Opera, a film adaptation of the play of the same name for you . A 2005 release , with an intense love story in the backdrop of French Opera House as the setting,  can good music  be behind? The plot itself is a fantasy romance cum thriller which goes as- An opera ghost falls in love with a chorus girl, and not only does it tutor her but also terrorizes the other crew and cast to benefit her. Things turn murky when the girl falls in love with someone else though. The movie stars Gerald Butler and Emmy Rossum and the music and performances comes as strong and powerful.

Sweeny Todd and the Demon Barber of Fleet Street – 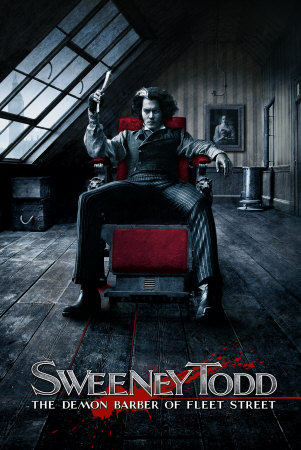 To finish off we slightly deviate from the oft repeated themes of musicals , which is usually romance, to something more deadlier and menacing. Johnny Depp does look crazy and menacing as the Demon Barber of fleet street , Sweeny Todd. A Tim Burton directed, Johnny Depp and Helena Bonham Carter  starred movie hardly goes wrong, and though this 2007 released movie is a musical, the dark and brooding theme of the story is not lost even among the numerous musical scores. Other than the music and the stars it also stars Alan Rickman and Timothy Spall of Harry Potter fame and their performances never fail.

Those were our recommendations for your week. Of course there is a vast library of other Musicals, which too are classics in their own right, but since we could pick only seven, so here is our list. Hope you have an enjoyable experience with them