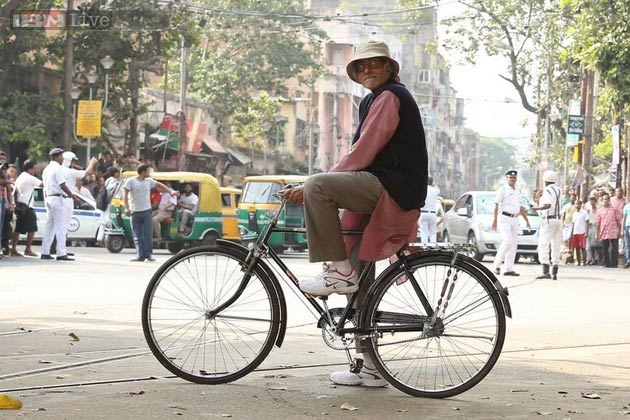 The team of Vicky Donor is back with PIKU, a quirky slice-of-life film ,that takes audiences on a roller coaster ride of a crazy father-daughter relationship essayed by Amitabh Bachchan and Deepika Padukone , along with Irrfan ,in a pivotal author backed role.

The three superstars launched the trailer of PIKU on Wednesday at a suburban multiplex in Mumbai, amidst a packed house that comprised of not just media personnel, but also their parents, in yet another marketing innovation by team Piku.

One of the most awaited films of 2015, Piku is a family comedy drama with some of the finest acting talent in the country today .The trailer was every bit a glimpse into the unconventional and quirky story, all told in signature Shoojit Sircar style!

Shoojit who is once again all set to create celluloid magic says, “Piku is a story that will warm your heart and make you smile! We have the best of the talent coming together for a refreshing tale of a father-daughter relationship. I am privileged to direct Mr. Bachchan along with Deepika and Irrfan.They are three powerhouse performers and it doesn’t get better than this for me. ”

‘Piku’ also marks coming together of Shoojit Sircar, Ronnie Lahiri and Juhi Chaturvedi, the team behind Vicky Donor.Produced by MSM Motion Pictures, Saraswati Entertainment and Rising Sun Films, the film releases May 8th and will be distributed worldwide by YRF.