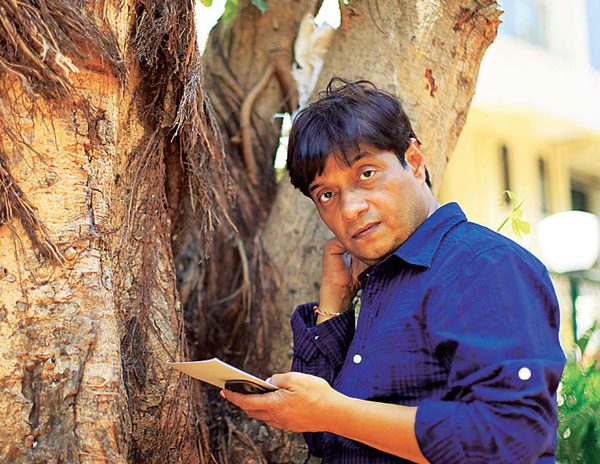 Actors who should be seen more often

Often you come across performances that make you sit up and take notice; make you wish that you saw the actor again, soon. Some of them totally new, and some veterans yet who are not taken seriously enough and who don’t make it to the nominations of best supporting actor, leave alone cast as lead actors. We spotted some such performances in 2014. I am sure most of you would not even know about this film. It went unwatched and unnoticed which is not tragic as it was far from remarkable. But Amol stood out. An IIT Delhi graduate, he played one of the friends of the lead. Playing a homosexual can be tricky, but he portrayed his part beautifully. There is a scene where he breaks down which I am sure will take your heart away. He is one such actor, whom I shall be delighted to see on screen again. Many of you would have seen Hansee To Phasee. If you have, you will not really be able to escape this guy. He plays the crazy Annu Malik fan called Abhinandan who breaks into one of the Malik’s songs at the slightest provocation. Needless to say that it was one delightful act. And the funny part is that he was rejected by the FTII, but thankfully Anil was not the one to give up. He graduated from Subhash Ghai’s Whistling Wood and I believe we shall be seeing him more often now. More recently we saw him playing a man dressed Lord Shiva in PK – the same scene that seems to have created a lot of controversy. You know him from Wake Up Sid and Ghanchakkar. Then he was again seen this year in Rajat Kapoor’s Ankhon Dekhi playing the scared boy in love, Namit displayed that he has more to him than just a comic side. Unfortunately, the film was not widely watched despite being one of the better films this year.  I am hoping to see more of him, in films to come and that too, apart from the ad commercials that he is doing. Neha played the mother to the protagonist in Amole Gupte’s Hawaa Hawaai and I have to admit that I have not seen a more convincing act in the longest while. While Partho and Saqib took away most of the limelight as the lead, it was Neha’s performance that stayed with me till much after the film. I would have surely given her an award if it was up to me!

More familiar in the theatre circuit, Kumud Mishra is one actor whom I would love to see more in films. As Mehmood in Filmistaan he almost deceived my eyes to believe that he was some new actor or kid on the block! You may know Kumud from Rockstar, where he played the disapproving college canteen owner who tells Jordan that he needs to have a heart break to become a musician. An actor with a very interesting face, Manav has an equally interesting talent to match. He played Vishnu, a security guy who goes astray in Hansal Mehta’s City Lights and justified the actor’s part brilliantly. Before City Lights, Manav was seen in Kai Po Che playing a fundamentalist politician and uncle to one of the leads. It is amazing to see how he has managed to make both roles so believable. It may be unfair putting them together but they are from the same film. Gaurav and Sahil played the best buddies of the hero Humpty, played by Varun Dhawan in the movie of the same name. I hope they get more films and do not disappear like so many actors do after playing best friends with the hero. He plays the young Father Francis in Finding Fanny and does not have a character of much significance in the story and yet Anand managed to make me laugh and found a place in my mind. His earnest effort is visible in his performances. Unfortunately the only film where he has actually got more than just a few scenes is Go Goa Gone, where he plays the scared Bunny. I am glad he will be seen in Detective Byomkesh Bakshy and hope he gets to do more in the film. Apart from all these actors, there is one, who has always been one of my favorites – Bijendra Kala. He is by far the most senior among the ones I have mentioned in this list. Hence it would be unfair to include him in it. But he is certainly one of the actors who has rarely been given a role big enough to justify his talent. This year alone he has been seen in PK, Bhoothnath Returns, Ankhon Dekhi and Youngistaan. Sadly none of the films, except Ankhon Dekhi to some extent, gave him any importance. Over the years I have seen him in bitsy roles in over a dozen films, rarely been given a role that could justify his potential. So, here’s hoping for him too!