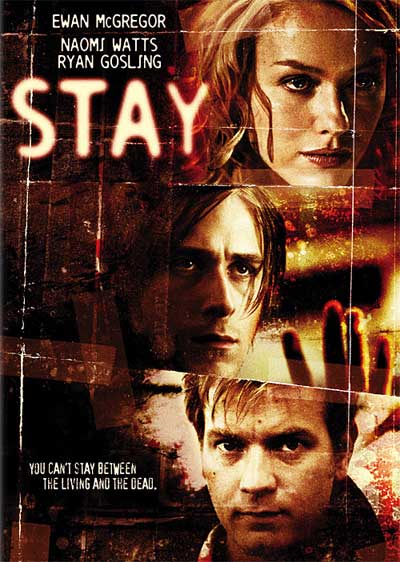 What are you watching this fortnight? Something sweetly romantic? No?

Good!  For what we have for you today is miles away from being sweet. And closer to being dark,in fact grey, mysterious, eerie or even sinister or more appropriate to be classified as x files.
The movies that we are recommending are not recent releases and have been almost forgotten but they are worth watching if X is your cup of tea. You have loved Avatar, been mesmerized with ET, enjoyed the chills of Psycho- yes those movies that have become eternal favorites but that is no reason to skip some of the lesser remembered yet equally remarkable movies and that is the reason, we have compiled our list of DVDs for the fortnight in keeping with our theme. They might not be the best of the genre as it is very tough to pick the best among the good, but we assure you they are among the best in the genre.
Contact 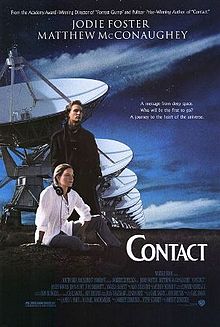 We begin with the Jodie Foster starrer  Contact which is a sci fi movie and deals with the question of existence of extra terrestrial beings in the universe. Though not as sweet and poignant as the ET nor as sinister as The War of the Worlds, the movie directed by Robert Zemeckies comes up as a plausible and thought provoking one . The movie not only deals with the presence of Extraterrestrial presence but also subtly touches the topic of Faith and Religion.
Jodie Foster is Ellie Arroway an astrophysicist in SETI (search for extra terrestrial institute ) who is having some funding problems for her project when she finds a benefactor in an Industrialist Hadden. Around the same period she receives some strange signal from the star Vega and which when decoded, is revealed to be a  transportation design and maybe a portal to establish contact with other extraterrestrial beings.
Stay

Remember how we had those strange dreams where we used to go round and round a road or the fall that never seem to end; of images blending into one another, of bizarre images and illogical sequences. Well Stay will remind you of your dreams and the movie is totally a psychology lovers’ delight with fugues, loops, suicides , the paranormal and everything.
Henry is shown as an accident survivor initially, who later turns out to be a patient of severe depression of a Dr Sam, a psychiatrist and who intends to commit suicide after a given time frame. What follows is a surreal trip that ultimately unfolds the mystery of the whole movie and even after the movie ends many of you will still be left dazed in its aura with your own interpretations of the plot. The Marc Forster directed Ryan Gosling and Ewan Mc Greggor starrer Stay indeed is a different and a unique experience and experiment and its tagline Between the worlds of the living and the dead there is a place you’re not supposed to stay says it all.
The Machinist

The Macbeth syndrome! The person to watch out in this movie literally is Christian Bale as the machinist who transformed himself into a living skeleton so as to fit in to the role of Trevor the protagonist of the movie, who is projected as a paranoid delusional man going mad with his own conspiracy theories. Trevor hasn’t slept since a year – the reason of which is revealed in the ending and that which forms the spine of the movie and the story is shown in flashes and flitting scenes representing Trevor’s own feelings and perceptions.
The movie is dark as can be and not for a lighter sunnier experience. The Brad Anderson directed movie is surely for the ones who love intense psychological stuff.
Being John Malkovich- 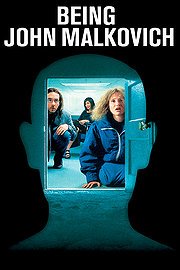 Director Spike Jonze debuted with this movie in the year 1999 and received critical acclaim as well as  won a couple of prominent awards . It boasts of three Oscar nominations and though it failed to win it made quite an impression among the viewers. The theme was categorised as fantasy or comedy, but in fact the plot is totally bizarre to the point of being called surreal. The John Cussack ,Cameron Diaz starrer is a story about a struggling Puppeteer (Cussack ) caught in a monotonous marriage with the de-glamorized  Diaz who takes up a filing job in a weird office located at 71/2 floor of a high rise. (Reminds us of the platform no 9 3/4 of Harry Potter isn’t it?) There, behind a cabinet he finds a portal that leads directly to the mind (yes, weird it is) of the actor John Malkovich (who plays himself) and through which one gets to be and act and feel like Mr Malkovich for 15 minutes before being ejected out of his mind physically through a ditch near a turnpike. What follows can be termed in a cliched manner as a web of love, deceit, betrayal and some serious extraordinary twists and turns where the only normal things are the love and betrayal. As for the rest, you have to watch it to believe it , absorb it and understand it. In the end all we have to say is that the movie redefines the term Mind games in a paranormal way ably supported with some great performances by the lead actors.
The Blair Witch Project 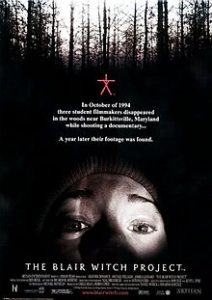 A cleverly crafted movie which was a resounding success and which later on inspired many on similar lines. Not your usual thrown at your face horror movie, Blair Witch Project terrifies you with its tense psychological build up of the horror of the unknown; the gradual realisation of being in a situation with no escape and finally a slow terrible end, all of which without even showing a single monster or ghost.
The true story gimmick coupled with the amateur camera handling gives an air of authenticity and that which caught the imagination of cinegoers in the truest sense and makes it one of the landmark movies of its genre.
These were our carefully chosen selection for you for a chilled out weekend . Do you have the heart to try it out? Do give us your inputs if you dare to go through them . We would love to have them

The noir of Bollywood!