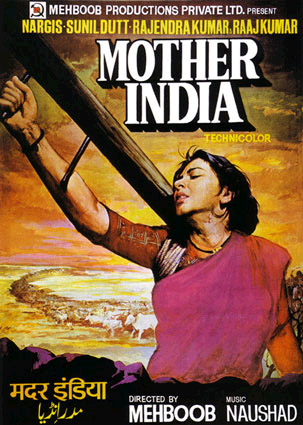 A hundred years of running successfully:

It hurts, it prods, it shakes, it stirs, it entertains and it even runs. The only thing (apart from life) which can accomplish something this diverse is cinema. A motion picture not just tells a story but drags the audience right into the middle of it. And the journey began a 100 years ago in India. A 100 years of some of the best stories brought live on the screen. A 100 years of smiles, tears, emotions, faith and love. A 100 years of life.

First brought to life by the honourable Dadasaheb Phalke, the motion picture industry in India has never looked back. From telling the story of the King Harishchandra to the science fiction of the Robot, Indian Cinema has come a long way. Beginning with the humble hand rolled motion monster cameras; the cinema industry’s journey has seen the transition from analogue to digital technology. Stuntmen and wrestling stars have made way for special and creative computer aided effects. The journey of Indian Cinema has not just been entertaining but also enlightening.

The Indian film industry has also grown with the new age of Cinema. The early days saw an unorganised forum of artists and visionaries struggling to put together a story onto the screen. The early 60s and the 70s saw this unorganised forum evolve into an industry with managers and corporate production houses taking over the management of a film. Various unions and support groups emerged for the betterment of their kin and the focus turned to profitability than just mere creativity.
Over the years however, the Indian Cinema has developed its own format of entertainment with the right amount of comedy and the unforgettable music with each hit. Unlike the rest of the World Cinema which has been deeply influenced by the Hollywood genre of movie making, Indian Cinema has dared to stand its own. A style with songs breaking out in the middle of the movie, the Indian cinematic style is now being copied the world over.
The coming years would be interesting to watch for the Indian Cinema industry is no longer just an amateur body. With 3D technology already making inroads into the industry, it will be interesting to see what the movie magicians will have up their sleeves. Another interesting technology to watch out for is the creative effects. The computer aided effects have already been explored to bring the dead back to life and to make fictional character real. India has already emerged as a hub for everything technical and the effects industry is no different.
To sit and recount the hits that the Indian film industry has given the world would be a task which cannot be put into a couple of pages. Nor can the debate ever end as to what has been a hit and what has been not. However, the entire Indian film industry, including the regional ones has been instrumental in bringing to the world audiences some every extraordinary pieces of storytelling and some exceptional acting skills.
As India steps into the centenary year of this magical industry, it does feel proud to look back and admire this wonderful legacy called Cinema.