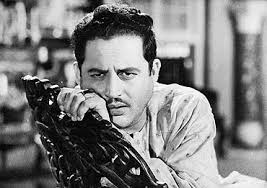 5 Indian Biopics I Want To Watch On Silver Screen

March 15, 2014 0 By Victor Mukherjee
Let’s face it, Bollywood filmmakers have not been able to treat a biopic properly since the last hundred odd years. Well it’s not that they haven’t tried, some films even came close to being called a proper biopic. ‘Paan Singh Tomar’ was one of the very good ones, ‘Bhaag Milkha Bhaag’ came close but the vain attempt to make it commercial at the same time, killed the essence of the film. Well box office collections and the award show organizers will beg to differ with me on this, but let them beg, who cares!…Over the years, Filmmakers in Bollywood have tried three different formulas while approaching a bio-pic, but never treated it like one. A lot of those were commercially successful like ‘Dirty Picture’, but they lacked good screenwriting, treatment of the lead character and ended up just as a gimmicky run of the mill film ‘inspired’ by someone’s life
I love watching biopics, not because I am that overtly intellectual snob who takes inspirations (claims to) from others life and try to apply in his own life, but for some completely different reasons. Biopics make a real life turn into fantasy, and I am a sucker for fantasies. It shows the different layers in someones character and it tests the acting capabilities of an actor, to literally get into someones shoes. I don’t watch biopics for the stories, I watch biopics for the acting. Some of my favorite biopics would be ‘Bronson’, ‘Capote’ (long live PSH), ‘Finding Neverland’, ‘The Doors’, ‘Ed Wood’, ‘Malcolm X’, the list would just go on. But we are here to talk about the five Hindi Biopics, that I want to watch on silver screen. Well, in the next couple of years, we will have at least three sports biopics coming our way. The Mary Kom one, the one on Azharuddin’s life and the biopic of the legendary Dhyanchand. I would love to watch all the three movies, especially the Dhyanchand one. But my list doesn’t feature them. Before we start getting to the list, I would like to mention that this is not a top five list, It’s just my personal wishlist of five eminent personalities…
5. GURU DUTT

..Who better than the Indian ‘Orson Welles’ to start with. A man born before time, a visionary director, a passionate lover, a loyal friend and India’s first celebrity who od’ed. What more do you need from this story.Set in the backdrop against a post World War II Indian glam industry, this biopic will very well cover the ups and downs of his life as a director, his relationship with Geeta Dutt and the alleged affair with Waheeda Rehman, his friendship with Dev Anand and the alcohol and substance abuse which eventually led to his death. A noir treatment will add to the film.
Dream Cast Abhay Deol as Gurudutt/ Deepika Padukone as Waheeda Rehman/ Jimmy Shergill as Dev Anand/ Rani Mukherjee as Geeta Dutt/Arundhati Nag as Vasanthi Padukone (his mother)
Dream director
Mani Ratnam. period. Guru was as close as it can get.
4. SANJAY GANDHI

The prodigal son, the future leader prospect, the cunning politician, the entrepreneur, the assassination attempt, the reforms and the film controversy and the untimely death (allegedly a sabotage). That’s a Frederick Forsyth novel on your plate.

The film can start in the backdrop of the pre-emergency period with him working at Rolls-Royce. It can cover his pilot’s training, starting of Maruti Udyog and planning the Indian middle-class car, marrying Maneka Gandhi, entering hardcore politics with the emergency and outshining Indira Gandhi, running the sterilization program, getting imprisoned for ‘Kissa Kursi Ka’, assasination attempt, him getting elected as the secretary general of congress party, to his death a month later in a copter crash. Just add a conspiracy theory and it is a political thriller.

Shoojit Sircar. He nailed it in Madras Cafe…

Our very own John Nash, Mathematics genius, child prodigy, Guiness book of world record holder, author and the pioneer of homosexuality studies in India. This one is a national award winning role if done properly.

This biopic will have to cover huge time span from a pre-independent India to the new millenium. It should start at her fathers circus where he was a trapeze artist, lion tamer, rope walker and a magician, where she memorised a card game at the age of three. Her dad’s roadshows with her, performing at Mysore university at the age of six, them moving to London,her Europe tour, coming back, marrying the advocate, performance at NYC, divorce,  Guiness book of world records and the piece on her by Arthur Jensen, her fight for decriminalizing homosexuality. The film has the spices of a brilliant biopic using the narrative style.

A brilliant musician with four different ladies in his life. Mind blowing backdrop for a musical biopic.

The film can cover his growing up years when his dad left their family, his relationship with dancer brother Uday Shankar, training from Ustaad Allauddin Khan to marrying his daughter Annapurna Devi, separation, relationship with Kamala Shastri and later Sue Jones revolving around his different tours and then marrying Sukanya Rajan and relationship with his two daughters. A tale of Love &andpassion in the backdrop of music.

Romance cant ever be better than this. One of the best poets in India with three love stories in her life and her words which can kill and make you feel alive at the same time.

Set in the backdrop of the pre independent India, her first collection of romantics poems, marrying Pritam Singh, moving on to social causes, career in All India Radio, relationship with Sahir Ludhianvi, her work during partition, divorcing Pritam Singh and love life with Imroz, numerous awards and the play based on her by M.S. Sathyu. The film can be narration through M.S. Sathyu and should finish at the screening of Ek thee amrita. A very poetic screenplay with some amazing music.

While writing this, there are so many other personalities which came in my mind but I could put them in the most-wanted list. Want to mention five among those names…

6. Prannoy Roy: A man who made news out of news. A biopic seriously needed for the ‘Television personality of the millenium’.

9. Tenzing Norgay: Aint no mountain high enough for the most popular Sherpa

10. Mughal emperor Aurangzeb: The most power hungry human being born on Indian soil.

That sums up my list. To all the readers, I want to mention that this is a list based on what I feel and its totally my perspective. Well you might like a movie made on Akash Chopras life for all that matters,  but this list is MINE and I demand to watch these personalities on screen. So please inform your filmmaker friends to go through my list very carefully if they are short of any ideas. Just let them know, I would charge a meager five percent of the story fee as concept charge. Until then, this viking is signing off with a thought worth pondering over.

[The writer is Mumbai-based entertainment professional and Creative Director of Mango People Media. He can be reached at @Victionary on Twitter]