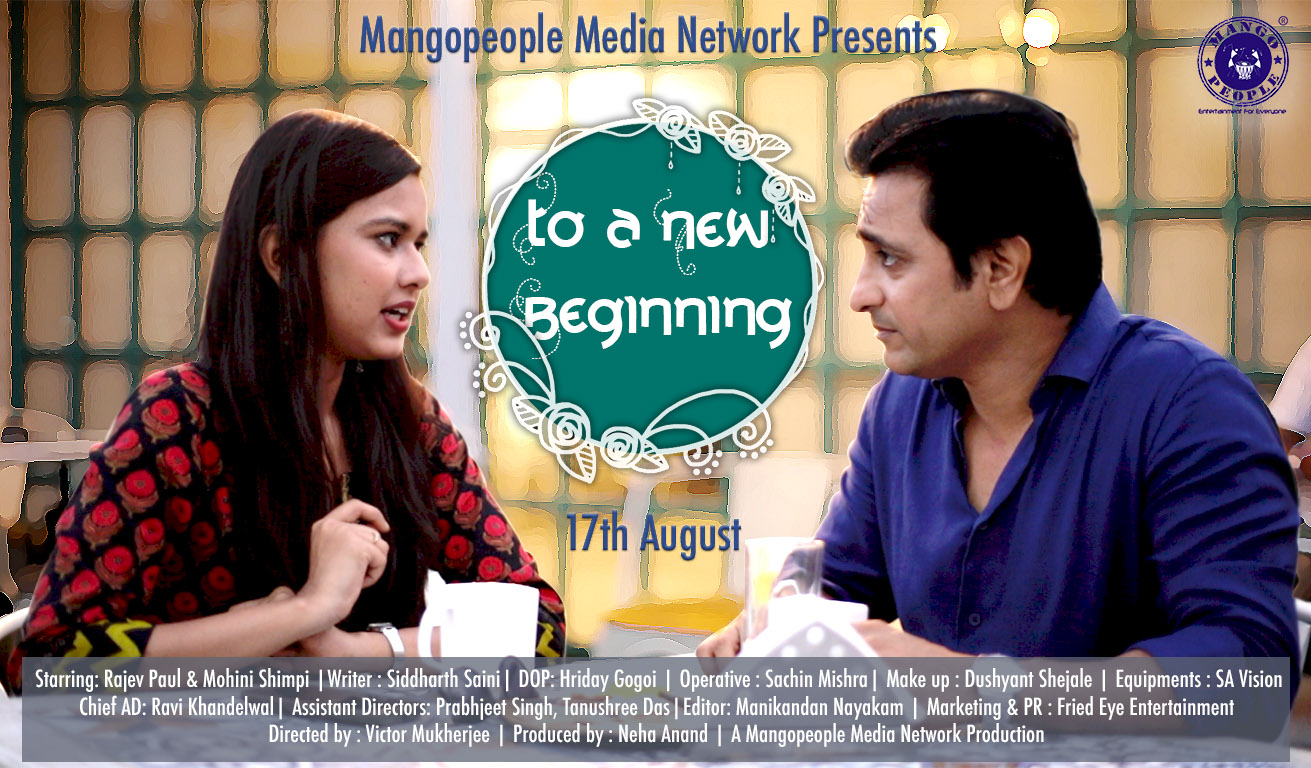 A Man Met A Young Girl To Talk About Marriage And You Won’t Believe What Happened Next!

What happens when you see two people – a man and a woman – meeting over a quiet cup of coffee to talk about ‘marriage’?  Samar and Sia met in a Mumbai cafe and they talk about everything… from personal likes and dislikes to surnames. But is everything that you perceive true?

Mango People Media’s new short film ‘A New Beginning’ featuring Rajev Paul and Mohini Shimpi delves into the situation… “We strongly believe in creating content which is easily appreciated and enjoyed by common man. Keeping this philosophy, we started a series of simple yet very meaningful stories of people which unfold just over a cup of coffee”, says Neha from Mango People Media.

“All our stories are deceptive, you think it’s something, but it turns out to be something else.  Amongst all other stories, this story has the potential to touch many people’s heart. That’s why we decided to make this film.” says Victor Mukherjee from Mango People Media.

Directed by Victor Mukherjee and produced by Neha Anand, ‘A New Beginning’ is the first time well known Rajev Paul is seen in a short film. Incidentally he had recently shared a picture of him with Mohini on his Facebook wall, creating speculations that she is the new girl in his life. Some media outlets even went ahead and claimed that Rajev is getting married on August 17, which is the day he had announced as ‘a new beginning’ indicating his film!  “While I am humbled that they are so interested in my personal life, I am stumped at the fact that people reported I am getting married on Aug 17 without even actually checking with me. In fact a channel ran the story despite my denial. All I can say is I am touched by the love, but if you do check my facebook post I had merely said ‘To A New Beginning…the D Day is 17th Aug’, which basically was the name of the film along with the date it was to be released on,” clarifies Rajev, adding, “I would like to take this opportunity to thank my fans who have loaded me with queries since last two days, congratulating me. I really hope they like the film as this is the first time they get to see me doing something like this.”