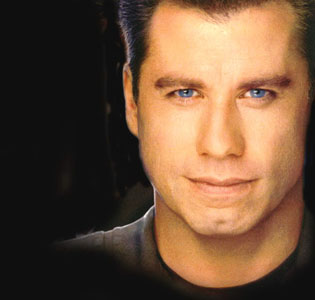 America is all set to witness the unique convergence of Hollywood and Indian Cinema, as IIFA (International Indian Film Academy) rolls out its Green Carpet in Tampa Bay. The Award Winning Actor John Travolta is set to make an appearance at India’s biggest celebration of cinema, the 15th Videocon D2H IIFA Weekend and Tata Motors IIFA Awards later this month. The actor will also receive a special honour at the Awards ceremony, being the ‘Most Popular All time International star in India’.

The superstar’s presence at IIFA is symbolic to the coming together of the two distinctive film industries. Travolta will grace the extravaganza extending his support and appreciation of the Indian Film Industry and its spectacular influence world over. An iconic name in Hollywood, John Travolta has seen staggering success as an actor, singer and dancer. Travolta has starred in numerous eponymous blockbusters including Saturday Night Fever, Pulp Fiction, Grease, Swordfish, Face Off, Broken Arrow and Ladder 49. The multitalented star has been nominated for the Academy Award twice and nominated for 7 Golden Globes. He went on to win 2 Golden Globes including one for his performance in the critically acclaimed film Get Shorty.

The third day of the Videocon d2h IIFA Weekend (25th of April) will see the IIFA Magic of the Movies and Technical Awards. Held at The Mid Florida Credit Union Amphitheatre, it will be a night of music, dance and awards, with performances from Kareena Kapoor Khan, Sonakshi Sinha, Farhan Akthar, Pritam, Bipasha Basu and a special musical act by the Ustad Rahat Fateh Ali Khan. The 26th night, the Tata Motors IIFA Awards will see performances by Hrithik Roshan, Priyanka Chopra, Ranveer Singh, Madhuri Dixit-Nene, Siddharth Malhotra and Deepika Padukone among others.

The 15th IIFA Weekend & Awards will be celebrated in Tampa Bay, Florida from the 23rd-26th of April. This will be IIFA’s debut in the United States.