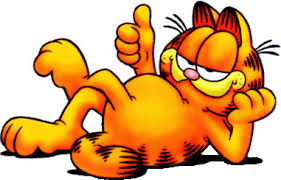 How to bell the cat?

DISCLAIMER:
“In case you manage to mess up your lives with this piece of shit, you didn’t hear it from me. Period.
P.S. The use of the name of an animal is strictly metaphorical and isn’t intended to cause any insult or pain to the animal or those people who keep them in their houses as pet and claim that their souls are united, as an extension. No offence meant. “

Have you ever been in a situation when the presence of a certain acquaintance in your company infuriated you to the point of extreme hatred and you wished you could blast off the guy/gal with your laser eyes like Cyclops? Have you ever felt that a certain extended friend/relative always plays spoilsport to your plans while hanging out with your friends and you wished s/he dropped dead? Do you ever feel vexed when a certain individual steals the limelight just on your moment of triumph, and is showered with heaps of praise that s/he doesn’t deserve at all, while you’re left with a teary, sunken face? If your answer to all these queries is yes, then you might just read on. This might just be the perfect remedy for all your afflictions.You can thank me for that later while for others, you might just as well read on. You will see, perhaps in your later life, that the world is indeed full of cats and to bell them is, indeed, a highly specialized craft and a convenient skill.

No! This isn’t some shape-shifter conspiracy theory. Nor is this some magical paper on the theory of Animagus, which, by the way, I’d love to author one day! The aim is to create awareness among people about a certain species of human-kind who, sometimes, wreak havoc in our lives without leaving a trace.They are as sly and soft-footed as the cat. Hence, the name. The worst part is that the victim has to endure all that and still can’t do anything about it without jeopardizing his own life. So, with this noble intention in my heart, here I begin my treatise on the subject.

In order to find a cure for your ailment a la doctor style, it’s imperative that you are exactly aware what your diagnosis is. You need to identify the Cat or Cats who make your life a living hell. Now who’s the Cat? He is known by many names – obnoxious snob, the Devil, bitch, douchebag et al being the most popular and kind among them.When tempers are flying high, most English-speaking people around the world however prefer a certain name starting with the alphabet M or an A. As for the rest of the world, I firmly believe, the feeling isn’t lost in translation! Now these Cats are of various kinds and comes in different shades of grey. However, one thing is common in them and that is, their ability to suck out the happiness from people’s lives.He may be the guy in your extended friend circle who bitches behind your back but is all sweet as a sugar and smooth as butter, up front. You hear rumour of all this dirty linen being washed in the street but you can’t afford to confront him bluntly about it because then he will simply deny any such wrongdoing. And with no proof on your hands, you run the risk of people around you starting to doubt you and transferring their allegiance to the Cat. There is this other kind who never misses a chance to take pot-shots at you, whether at work or while you’re chilling out with your gang.He thinks he is very funny because everyone laughs along with him but you know he is no better than a despicable low-life. And all the while you have to fight that urge to punch him on the face and say “Who’s laughing now?”

Retribution or revenge in such cases hasn’t been seen to bear much fruit. Often it’s you who will have to pay when you go on the war-path. The reason, perhaps is that the Cat is often more practiced in the art of direct attack. What I recommend, is a much subtle approach that puts an end to the menace without getting screwed yourself.

“The supreme art of war is to subdue the enemy without fighting.”

Now, to bell the Cat, is in fact an art very few could master. It requires a lot of skill and cunning. But then, with a bit of planning and luck, you can surely do it!

Victory! The Cat now knows his place and will, in probability, stay away from you and refrain from his antics. You can now have your peace of mind and enjoy life!