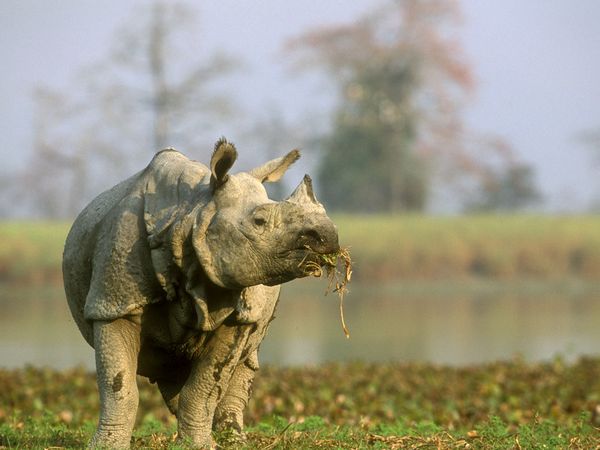 PTI | New Delhi, December 10’2013: The National Green Tribunal gave time till January 9 to the Environment Ministry to submit its report on ways to protect the environment inside Kaziranga sanctuary as also the wild life there which is being affected by traffic movement on National Highway 37 passing through it.

The Ministry of Environment and Forests (MoEF) had been directed by NGT to furnish its report after holding a meeting with the Ministries of Petroleum and Transport as well as the Assam government.

However, the ministry today informed a bench, headed by NGT Chairperson Justice Swatanter Kumar, that more time is required to furnish its final report as it will also include technical aspects like whether underpasses or flyovers can be built in the area and the extent to which vehicular speed can be regulated/checked on the 18 km stretch of NH-37 through Kaziranga, famous for its rhinos.

MOEF also informed the tribunal that one meeting had been held on December 2 and another will be held soon.

NGT had on November 19 directed the three ministries and the Assam government to “immediately hold a meeting to suggest measures which have to be taken for protecting the environment on the National Highway as well as injury to wildlife and human beings particularly with regard to stretch of 18 km (through the sanctuary).”

The NGT’s order had come on a plea filed by RTI activist Rohit Choudhury opposing expansion of the NH-37 stretch running through the national park, claiming that “continued unregulated use of NH-37 is leading to death of wild animals and reptiles in large numbers in road accidents”.

How to transform a messy breakup into a positive ‘life-changing’ episode?

How to bell the cat?