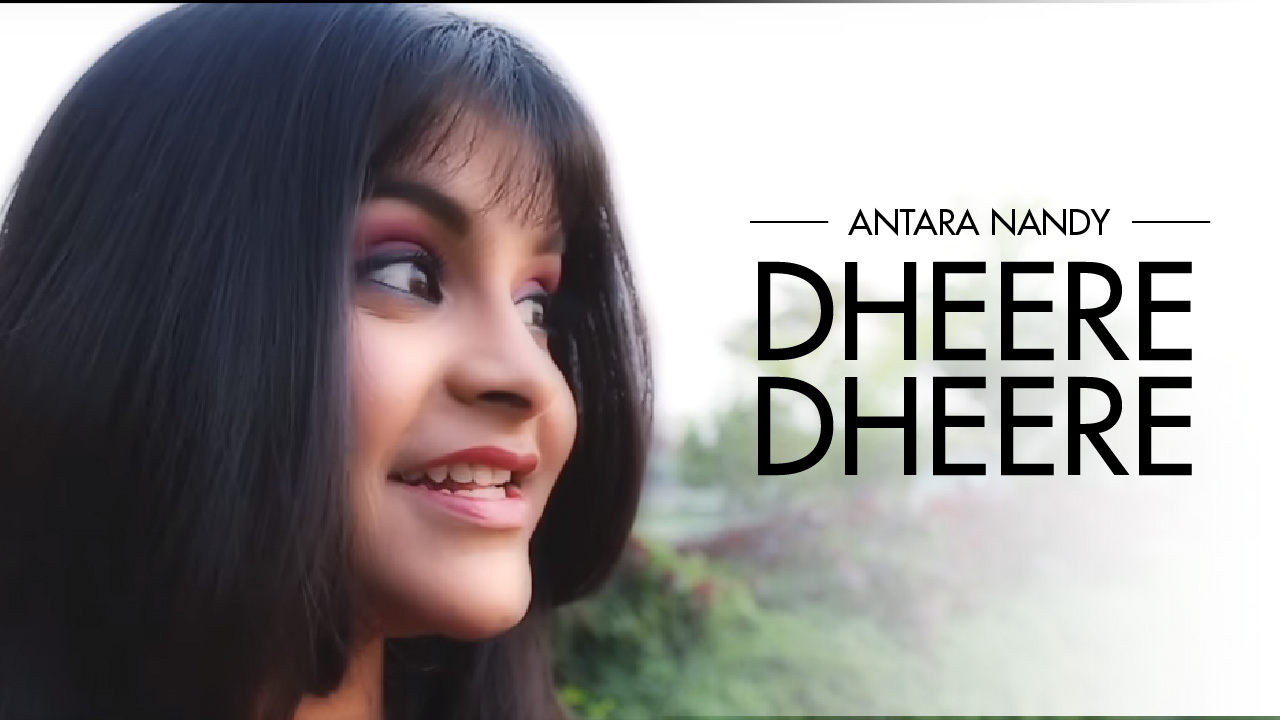 ‘Dheere Dheere’ is a song which depicts ‘love’ and ‘pseudo love’ (Infatuation) of a girl pursuing her dreams. The song has been written and composed by well known lyricist Rajdweep. The video is directed by Bengali filmmaker Partho Ganguli.

The singer has been consistently putting up new songs over last few months. Her last song, a cover version of ‘Agar Tum Saath Ho’ from the film Tamasha was received extremely well and she is hoping that hew new song achieves as much success. Antara had also composed and sung ‘Ya Devi’, a song celebrating womenhood, last year. The song went on to win the best composition in the “Delhi Shorts International Film Festival” and “Best Jury Award in the Mumbai Shorts International Film Festival” in December’15. Always eager to experiment her next is an original Tamil song!