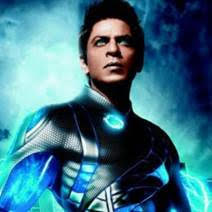 5 Bollywood actors who fit the bill of a ‘desi’ Terminator

Arnold Schwarzenegger is back! As promised, the most loved robot will be seen again in Terminator: Genisys, releasing on 3rd July. With fans in India eager to watch it, we can’t help but think about which of our desi heroes would make a good Terminator. Here’s a list:

Shahrukh Khan: He has already played Ra.One, one of the few superheroes of Bollywood. The actor fits the bill of the Terminator perfectly with his ability to play all characters with ease.  From KKK Kiran to TTT Terminator, Shah Rukh Khan goes futuristic! Akshay Kumar: Khiladi of Bollywood is another name that comes to mind when it’s about the Terminator. Akki standing in the same pose as Arnold does in the film series, with a machine gun and sun glasses ready to kill anyone who comes his way. The mixed martial arts expert who performs stunts himself will be an apt choice. Rajnikanth: Legendary actor Rajnikanth’s class act in the film ‘Robot’ as Chittiwas a super hit amongst the audience. Similar to Terminator, Chitti is a human-loving, intelligent machine.  So if there is an Indian spin to the international series, then Rajnikath is sure to be a candidate to play the popular role. Vivek Oberoi: The actor was highly appreciated as ‘Kaal’ in Krissh 3. After his power packed performance as a villain, he has showcased his ability to play varied characters. He can aptly portrayboth the calm and furious side of the Terminator. Ajay Devgn: The ‘Singham of Bollywood’ doesn’t need a gun to face his enemies, he just beats them up! That’s what the Terminator will do if this actor ever portrays the role. Ajay will give this iconic character an Indian feel.