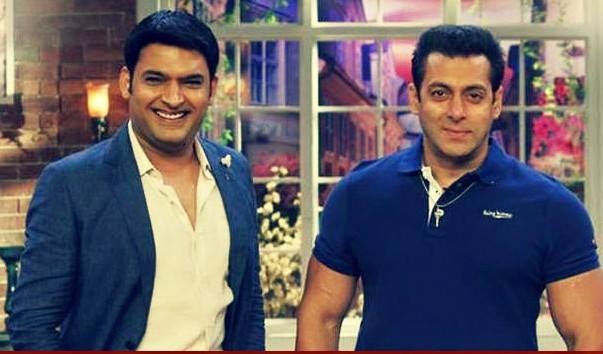 While fans have been going crazy about ‘Bajrangi Bhaijaan’, the recent phenomena is that they are not the only ones! Now popular celebrities have been going gaga and this was evident when Salman recently visited the sets of popular TV shows Indian Idol Junior, Dance India Dance 4, Comedy Nights with Kapil and a special episode he shot titled ‘Bajrangi Bhaijaan Kidnapped’ with kids. His visits resulted in a series of Dubsmash videos featuring popular dialogues from the film.

1. Here comes another one from the Bajrangi Bhaijaan himself – Salman Khan along with Actor Nawazuddin Siddiqui on the sets of Comedy Nights with Kapil

Now, this is the ultimate dubsmash combo. Check out Salman Khan & Nawazuddin Siddiqui taking it all to another level.

The Grand Master of Dance India Dance shows us the Pavan in him!Three cheers for Mithun Chakraborty for being so sporting.Dekh liya? Apna Dubsmash kaun bhejega?

4. Not one to be left behind, actor Kapil Sharma’s dubsmash is as funny as him, on the sets of his TV show

Check out the Dubsmash video of the man who has given Comedy a new definition! The king of Comedy Kapil sharma!

5. Ali Asgar AKA Daadi does a dubsmash her way on the sets of Comedy Nights with Kapil

5 Bollywood actors who fit the bill of a ‘desi’ Terminator