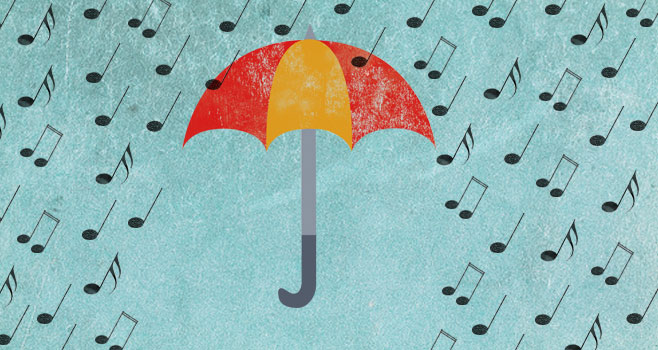 Music, Food and the Rain

The rains are there.

Ever thought how to cool off your brains on a hot sweaty summer day? Think of the rains. The mere thought cools you down. When you are in India, there are some typical parameters for the typical Indians which decide how much they look to enjoy a season. The parameters being the food and the music.  You might have guessed it even before you read… not tough considering that not most Indians are diet centric and restrict their food fetish to any level as long as they soothe their aching tongues for more of the platter. When it concerns rains, then you have to think of some of the old and tested snacks. The legendary spicy, oily, soft  yet munchable pakodas… 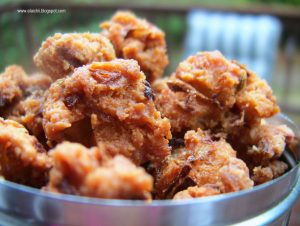 they have ruled  generations of Indian household in any part. In some parts, you get the pakodas customized to their available ingredient.  But while appreciating and applauding the pakoda, some more unconventional dishes also make a good impression when tasted in the rains. While I was in Shimla, I came across a very unique and yet warming dish. The undoubtedly unbeatable staple of the younger fraction of population, maggi  made as a soup and with indigenuous vegetables by a Himachali lady served with hot tea. The maggi thus falls in the category of rain compatible dishes you can check. The snacks also need a beverage to help in gulping down the high tongue burning bits sticking on to your mouth and throat. The proposed national drink, as we all have, the tea is a good one to experiment. Make use of good add ons and make it unique. The masala, nimbu, plain and milk varieties can be shuffled to breed out something uniquely warm. The coffee has always been a universal drink. Try and do something special with the same and you can get CCD to envy you… Moving on the next section…

The necessary and more useful part is the song.

When you talk about rain and the mood, then nothing can turn your mind in the right set than a good soothing number. The Bollywood music industry has given us over the years a lot of songs which have been either made on the element of rain, monsoon and the associated moods else they have been set with the more appealing visual creativity, as in form of the flash rain. In an ascending order, from over the years, songs like “Pyar hua, iqraar hua”

starring the legendary Raj Kapoor with Nargis Dutt, both under an umbrella have gone in the movie archives as a moment of ‘classy’ Bollywood. If nt much wrong, it is a most featured song in any chart which deals with the mentioned theme. The next song is opposite of the first one. You talk about raw “jump-get out-dance” songs and you get the one from Namak Halal, “Aaj rapat jaaye…” which was composed by the Disco man of India, Bappi Lahiri and it continues to rule the rain dances. This one has been one of the most raw and yet non vulgar rain songs. But, you must wait for the next one to define the “raw” in its actual sense. Think. Needless to say,  this is one of the most remixed and preferred one perhaps, the one from Mohra, picturised in the rain on Raveena Tandon dancing with her male star , making one of the most hormone pumping dances, “Tip tip barsa paani…” try and beat this song! From the more chemical to more slow and soothing songs, “Rimjhim, rimjhim..” from 1942- A Love Story, which was composed by the musical  legend, R.D. Burman has been one of the most sensible songs on the season of romance. When you talk of music and say legend, can you forget the man who has grabbed two shining Oscars? He composed one of the most soft and non-typical rain based numbers ever. The first one from the movie, Taal, is “Nahi saamne, alag baat…”which is filled with a slow and as you can say, breeze-kind of music, gliding and making you feel drenched, in the rainy and cool background where the lead actors are featured. The next one from the legendary composer  is for the millions of the super farmers in our country who feed the whole country. This  one is from Lagaan, and echoing the mood of the awaiting farmers as they call for the rains to  hug and bless their thirsty land,and then they celebrate the answer to their call by singing the song, “Ghanan ghanan…” can guess that it has been a top contender for any rain chart when you talk of adrenaline pumping numbers. But do not underestimate the feminine when it comes to calling the rains, Guru was a movie which had one such pep filled and all female voice based number, “Barso re…”, which shows the lead lady dancing in an Indian wear in sheer enthusiasm. She is seen celebrating the spirit of the Indian tradition, welcoming the clouds to pour their hearts to those who are ready to get soaked and dance to the beat of the falling drop.

The rain chart would be not complete if forget to mention some non Bollywood but yet noticeably well appreciated songs which have struck a chord with every musical aficionado. The song by Angaraag Mahanta, which speaks of the resemblance of the gentle river tides and a flowing open mind, “Dhauwe dhauwe..” is one song  which can be a good listen with a cup of hot tea, as you gaze out at the mild rains. The imbibed sound of the flowing water makes you feel at natural ease as you let your mind close to the fluid-kind instruments humming alongwith his deep voice. Another song which although has been composed abroad, but still can be a good youthful add to your chart, is Rihanna’s chartbuster “Umbrella…” this one has been a worldwide best chart topper, celebrating the spirit of youth and much needed clean minded bonding with people. For the dance floor across the world, jump with the chartbuster “Rain over me…” Need some more? There are too many good ones based on rain, but of them can be (in no particular manner), “Rain..” by The Beatles, then “When It Rains” by  Elvis Presley , “Rainmaker…” by Iron Maiden, “Rain on..”by Woods, then “ Rain…” by Breaking Benjamin, “Rain..” by Creed and the list continues!!

To conclude, try some instrumentals. For the information, check “Groovershark” and search more songs. You can always add more and better songs to your player.

Hence, with the mood set with the right rain based snack, the drink to go along, tea else coffee, and your preferred number playing, go out and get wet in the refreshing rains.

Till then, keep eating, listening, and grooving to the mood.

Kebabs and an Ode to Chacha Jaan