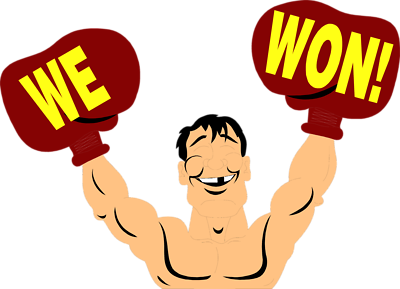 When I was young, I remember watching boxing matches with my Dad on TV. My mom would be disappointed with my Dad for making his three daughters watch the World Heavy Weight Championship on TV. Those days, I am talking about the 80’s here, I guess it was only the highlights which were telecast by Doordarshan and we would wait up until late night to watch those fights. While my sisters never liked them, I for some strange reason lingered till the last round. Back then I never understood the rules or why the men were hitting each other and getting hurt. For me it was more about being able to hang around with my Dad as the simple feeling of him being around made me happy. Now when I watch movies made on the lives of some of the great boxers, I realize why indeed they were called Champions.
Champions they were, they fought for a reason and believed in not giving up until the last breath. They say when there is a will there is a way, I say when you figure out the reason for why you’re fighting you will fight your best. It’s not important to chalk down a chart where you’ve put Goals vs. Deadline. Like 20’s get a job with 6 digit salary, 30s buy a house or become a VP!
I think it’s more important to figure out the actual reason as to why achieving that particular goal is important for you. When you know that you have to earn more to able to pay your bills, to give your kids a lavish life, you are motivated to achieve the goal and give in your best shot.
I am not a patron of the sport but what amazes me that these great guys endured so much pain. Behind every brutal blow received or let out, there was goal. It is so easy for us to judge and say that you know what; these boxer guys are crazy and are monsters. We never their stories don’t and neither did we try, because we are so blinded by our own fancies. We all read the simple phrase in school “Never judge a book by its cover” but judgemental we all are, including me. For a long time in my life, I never gave people a second chance. It was always black or white for me and could never accept grey. Do I regret? Honestly, yes at times. May be I lost a good chance to make a good friend, to earn respect from others or win the love of some. But I am learning and continue to do so and never give up until the last round. So before running behind something, I always try to figure out the fundamental reason that would drive me to run behind it. At times I fail, at times I succeed.