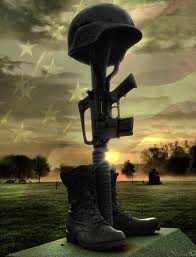 RD was a kid, less than seven years of service in uniform, just married, the father of  an infant, cheerful, happy, and commanding an Infantry Company around Tezpur!

My wife was thrilled to meet the kid! We called him over for dinner one day, but he could not attend! He came the next day, after ensuring a rain check!

We talked during the evening- he sang in a toneless voice, gave up midway but told us about his child, and a bit about his wife, perhaps he was to go on leave for a few days!

He compared life in Assam and J&K, as a young officer! He told us that to serve in J&K was pretty difficult. He added that the militants in Assam were no militants- that they were never capable of harming others!

Sometimes later, he went on a raid! The militants he was looking to capture had been apparently tipped off! Most had escaped, but the lone one who was cornered, had hidden! My friend was wearing his bullet-proof stuff alright! He went into the hut where the militant was hiding! It was dark. As stood silhouetted, the militant, a female shot him. The bullet found the gap, it entered RD’s chest from the side, instantly killing him! 1999 was the end of the road for the kid, and his kid! I do not regret the death of my own brother, Chanchal, as a captain in the Regiment of Artillery in J&K in January, 1978 as much I do, of the death of RD! My wife had never met CB!

The Sikh Regiment has its own memorial to Raman.

I have left the Army, but not my memories. I always remember, in a fit of sentiment, Raman had sung “Sare Jahan Se Achchha!”

Raman and his likes keep the Nation together!

Some however, try to break the Nation, hurting others, through utterances and inconsiderate deeds!

One Mumbai blast- you are shaken, we have the equivalent of a Mumbai blast every week, the Services, the BSF, the Police, the CISF and the CRPF!

Thirteen years out of uniform, I do not regret my decision to leave the Army. Civvie Street is also difficult- with the unbridled license to create mischief, the lack of orderly behavior, and rejection of any concept of civic sense!

I am hurt again by certain insensitive write ups about the Army! You have the right to say anything.

The men in uniform have the right to remain silent, and the privilege of taking shit!