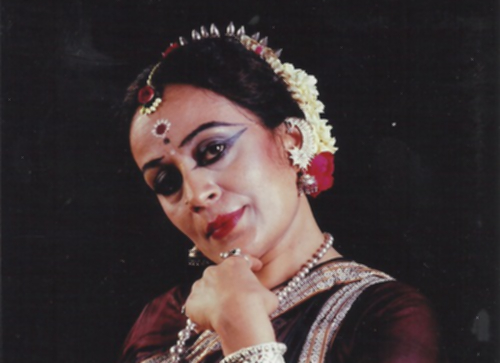 In conversation with Dr. Sonal Mansingh – Woman of Substance

It is said that once in a while it is imperative that you remind yourself, your friends and the world of the greatness that a human being can achieve by sheer dedication, perseverance and commitment to one’s purpose in life. As it is not possible always to lead by example, we follow the lead of example set by others. On women’s day , we pay our homage to the Woman of Substance Padma Vibhushan Dr Sonal Mansingh who has dedicated her life to dance as an instrument to create an awareness of one’s tradition and rich cultural history and many burning issues of the current times. She has been awarded the Sangeet Natak Academy award, The Padma Bhushan and finally the second highest civilian award the Padma Vibhushan  and many others for her endeavors and her brilliance in her chosen field. 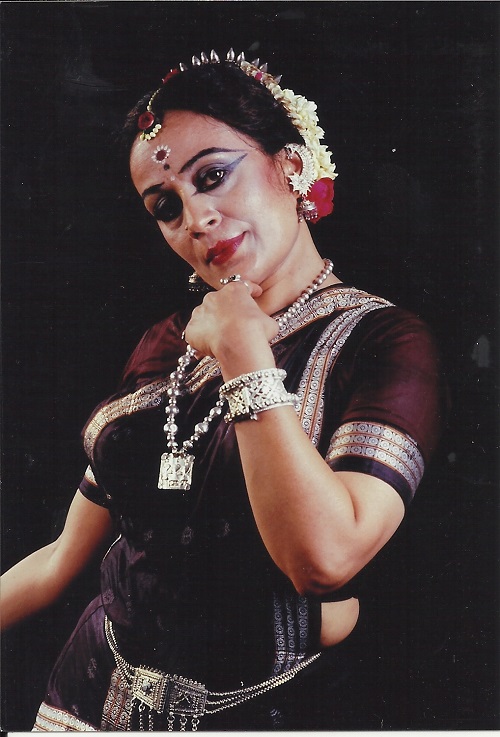 We bring before you an excerpt of a conversation that we had with Dr Sonal Mansingh , not surprisingly , on the 8th of March, 2014.

FE- You have played multiple roles of a dancer, choreographer, a guru, an activist, a teacher at various point of time in your life. Which of those roles did you feel closest to yourself right after your own heart?

The roles that you accounted are not roles as we understand. It is your work of life. For me dance is not even that. Dance is something that from childhood I loved. I was fortunate to have the opportunity, the family, the background that I could learn from the best of teachers, best gurus and also pursue the art. Dance is not just that learning and performing …It grows in life with age and experience. It all happens like a tree whose seed you planted. It doesn’t remain a seed. It grows branches, flowers and fruits.  All these are interconnected. I feel you have to share the understanding of your art; why this art form has stayed for such a long time, what is said behind all the beautiful movements? What are the traditions, mythology, legends depicted? Why the eternity of tradition?  Maybe there are other dancers who just dance, but for me dance is a vehicle, an instrument, a way to address issues of social relevance. So the roles as you say are all intermingled.

I don’t agree with you at all. There are dancers, boys and girls who are from villages who have taken dance as a part of their life.

We are here mixing up a kind of popular myth that has been created in the past ten fifteen years where break dance and hip hop are being counted as mainstream dance. I don’t agree with that at all

See, you are looking at artists who have now earned a name coming from various backgrounds even lower middle class, SC, ST, OBC.

But we never had this kind of distinctions. Great dancers like BalaSaraswati came from devadasi families which were not socially acceptable. While on the contrary there was Rukmini Devi who came from a Brahmin family who took it up as a challenge. I can give you thousands such names, examples. You should make a survey before making such pronouncements.

FE -Well actually it is considered sort of sacred…

Would you say corporate honchos, the big bankers, a ploughman, a farmer, weaver, for them their work isn’t sacred? Let us not bring in the ‘class’ here. Let us talk about the tradition which connects us to the nature cycle.Every activity in itself connects us to nature…Every stage and in every step we are interdependent and finally we are all dependent on nature’s cycle.

Dance as a tradition has permeated right from the Kings of yore. Every prince, noblemen, citizen used to learn dance and music along with horsemanship, swordsmanship because it was considered very important to understand the cycle of life., cycle of nature and to connect yourself to what you call sacred 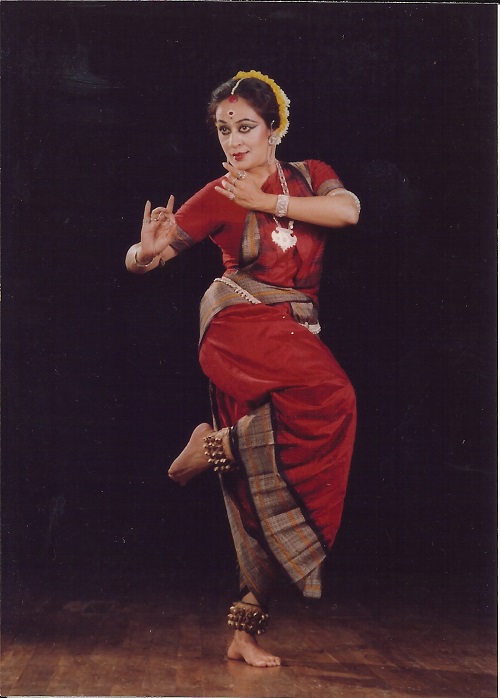 FE-You have always been innovative, experimental and unique in your thinking and actions. As like dancing at great heights at Kailash Mansarowar , performing on the theme of women’s issues and contemporary themes and like the time when you had performed with convicts of Tihar jail. Have you anytime faced great difficulties or resistance for the same?

From a very young age I was carving my own path. Those which you have mentioned happened in the last fifteen twenty years but before that also, my work dealt with women issues. My solo dance theatre Draupadi premiered in 1994 was performed all over India and abroad. I have whole list of festivals and performances which are based on some basic issue. I credit… it to my background, my values imparted by my grandfather who said that you do not exist for yourself. You are part of a larger humanity. So share, observe, experience, build your life on that. And Tihar was an offshoot of that thought.

I had been writing to the Lt. Governors of Delhi and also successive Home Ministers. I met up with the then DG of Tihar Kiran Bedi and put forth my proposal. I sent reminders without any result… But then during the NDA governmentt I spoke about my proposal to Vajpayi ji, LK Advani ji , Shri BP Singh who was the home secretary and they all thought that it was a great idea. I said why not take the prisoners away from it all and make them perform outside? But the question was how I would make them perform!

I specifically didn’t go to the women jail and instead went to the Number 1 jail which housed the most dangerous convicts.

For the first time in the world, convicted prisoners were brought on public stage at Sirifort stadium. Workshops ofcourse were conducted prior to the performance to create the format. Then again during Diwali we performed at each of the five jails every day.

FE-And it must have been a moving experience for some of the inmates?

Yes, some of them said- You opened something within us we didn’t even know existed!…You see, when you use your body, your mind, the Bhavna or the beautiful sentiments – they all combine in a different way in dance, which expresses in fluidity, rhythm and something mystic happens and that is the reason we call Shiva , the Nataraj , Sri Krishna as the Natanakar. So why were the titles given to them? Because dance is unique, godly.

FE-Speaking about mystic, how was your experience of dancing in Kailash Mansarovar?

Oh my God! What can I say about that! Now that was sacred! I cannot describe it in words…

I first prayed in my mind to Devi Gauri – Please o Devi, I pray through you …to recommend my case to your lord,… How can I even dare to lift a foot here, but this is my homage to you.

FE.- You have also danced in the Kamakhya festival in front of Ma Kamakhya … could you share with us the experience of dancing in the fest?

That was a beautiful experience too. Dance and music are the best offering that you can offer to your God. That’s what the shastras say and that’s what I believe. So when I was approached about it, I was ready to do it. For two years they listened to my suggestions and we did it with great faith, devotion and shraddha. I performed in front of the Bali mandap facing the Garbha Griha while the audience sat on the steps. But later they changed the set up, made a stage and all.. Mother wanted me to this, so I did it.

FE- Nowadays reality shows have really caught the imagination of the masses and that which has brought forth a new breed of dancers and performers. What would you like to say about the influence of such forms on existing dance forms? Do you feel that in some way it has had a negative impact to our traditional art forms?

That’s a question we have been struggling with for some time..We have a very open world view of things and I personally feel that apart from so called classical forms, Indian dance consists of thousands of folk forms, tribal dances and they exist all side by side.

Reality shows, except for my show in Doordarshan, Rumjhum, where I have tried to show that what they were doing is not how it should be done… perhaps, unfortunately by commercializing find it exactly as a way to just garner money

I am not belittling break dance or Hip Hop but they are expressions of uneven social tissue, fabric of the USA such as racism, poverty , social burden , inequality etc

So how can one put them at par with traditional art forms of India? They are entirely different from each other, in that they arose from different ideas, expressions, and sentiments so the juxtaposition with an Indian art form should be equal.

Secondly what we are seeing is rather athletics or acrobatics. So why shouldn’t I just go and see a proper circus? It is honest and is happening without retakes and technical support.

Where is the dance in what they are showing?

They have changed the whole definition of dance and I find that distasteful.

So my concept was Indian versus Non Indian and by Non Indian I don’t mean the West. I mean the whole world. 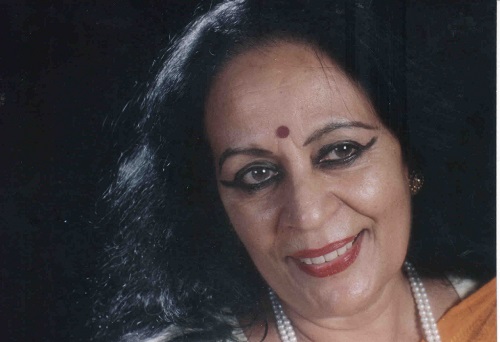 Dr SM -Even I am a contemporary dancer. I live in contemporary times. I am very contemporary. But classical dances like Odissi and Bharatanatyam, they are solo dance forms designed for a solo dancer where as Manipuri has always been a group dance and kathakali is a dance theatre.

The solo dance styles of India are unique in the world. Nowhere in the world will you find any dancer doing a solo. Even in a classical ballet the solo pieces do not last for more than two to five minutes.

These solo styles have now started incorporating widespread huge contemporary influences of group work where they have many dancers.

Secondly there is that what I call the khichidi repertory which has become popular and is supported by the government too where a group of dancers from every style do their individual little thing. But this has made the whole thing funny .. What I want to say is that we have just swallowed the concept, which may work in other cases, without considering if it is applicable here or not and what are the good things of ours that we should consolidate.