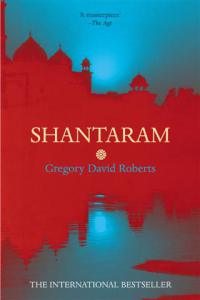 I don’t know what made me take up this book to read when I knew that I won’t have the time and patience to complete this near about 1000 page book. Whether it was the cover, the reviews at the back cover or my pure love for noir fiction (the book is not noir fiction) or something else. I don’t know, but I knew I had to take this book. Then I read the first para of the book:

“It took me long time and most of the world to learn what I know about love and fate and the choices we make, but the hearty of it came to me in an instant, while I was chained to wall and being tortured. I realised, somehow, through the screaming in my mind, that even in that shackled, bloody helplessness, I was still free: free to hate the men who were torturing me, or to forgive them. It doesn’t sound like much, I know. But, in the flinch and bite of the chain, when it’s all you’ve got, that freedom is the universe of pssibility. And the choice you make, between hating nad forgiving, can become the story of your life.”

It was the final nail in the coffin. I was walking back home with this heavy book in my hand with lots of excitation.

This book is the fictional adaptation of various events of the author’s life. In the early 80’s, Gregory David Roberts, an armed robber and heroin addict, escaped from the Australian prison to India. He lived in a Bombay slum, a Maharashtrian village, worked with the mafia as money launderer, Passport forger, acted in Bollywood movie and fought with Mujahideen in Afghanistan. He fell in love and also served imprisonment in an Indian Jail. In short, he had lots of meterial for a book like this to happen. It was very interesting to read a book on underworld by an author who had done first hand research for his book. Being an outsider, he had a very different perspective as well about India, which is vey interesting to see.

The story is narrated by the protagonist who comes to India with a false New Zealand Passport under a false name Lindsay who is popularly known as Lin or Linbaba. Throughout the book, the author maintains the narrative as per the high point or a low point of the story and the story moves forward like a sine wave. This makes the reader get involved in the story and feel like a part of the story.

The characterization has been done very well. Emphasis has been given to the smallest characters. Each character, however small their role may be comes out well in this epic sized book. However my personal favorite character apart from the protagonist has been Didier Levy. I feel the author has been partial in giving him all the best dialogues.

The book primarily deals with various aspects of love and betrayal. Throughout the book, the author describes various sources of love, be it romantic, friendly, brotherly, motherly, fatherly or some other kind of love like the love for the Bombay City. With each love, also comes betrayal. Another pair of emotions that is dealt in this book is humility and pride. The author successfully weaves the story around these emotions and the consequences due to these emotions. There is substantial part of the book when Lin discusses philosophy with Abdel Khader Khan, which are very interesting to read.

There has been many critiques who did not like the book but being an Indian and fed with Hindi movies right from childhood, I find the book to be full of masala and kept me hooked to it for days.

The book is well structured in 5 parts and 42 chapters representing the various phases and sub phases of the protagonists life.

P.S. : – The Book is an excellent meterial for a movie. I just hope that Mira Nair does justice to the book. I’m keeping my fingers crossed.

Some of my favorite dialogues from Didier Levy:

“Disgusting is a privilege I reserve, exclusively, for myself.”

“I’m French, I’m gay, I’m Jewish, and I’m a criminal, more or less in that order. Bombay is the only city I have ever found that allows me be all four of these things, at the same time.”

“The Shiv Sena is the face of the future in Bombay. Perhaps their mode and their politique is the future everywhere.

What kind of politics?

Oh, regional, language based, ethnic, us against them.”

“The only face more ruthless and cynical than the business of big politics is the politics of big business.”