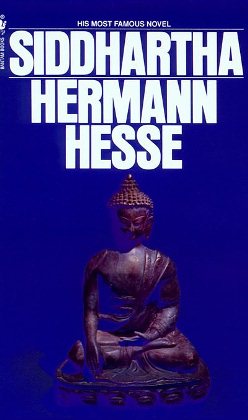 Is it possible to find lasting peace? “Siddhartha” by Hermann Hesse, the 1946 Literature Nobel Laureate describes its main character’s individual search for the answer to this question. This novella is a powerful manuscript depicting Hesse’s call for peace in the world. First published in 1922 and written after the First World War is based on an introspective and passive protagonist that appeals to a reader who is traumatized by the violence and aggression of the monotonous world. It has attained immense popularity in some circles for its unconventional definition of peace as an individual quest that can transform society as a whole.
This novella set in the sixth century India is based on a young man named, Siddhartha’s search for self enlightenment. The fact that the hero of “Siddhartha” very closely resembles Siddhartha Gautama, the Buddha, the founder of Buddhism is a sign that maybe Hesse might have intended this book to be a fictional biography of the Buddha himself.
Hesse first introduces Siddhartha as the child of a Brahmin, growing up with his best friend Govinda. Through born into a loving and intellectual home, he begins to question the teachings of his father and ultimately leaves his home to search for self illumination which he finds through experience. He learns the virtues of peace, patience and wisdom but fails to attain enlightenment. Marred by his failure he again turns onto worldly things and finally once again bored by those contemplates suicide. However at this very moment he hears the chanting of the word “Om” and attains enlightenment.
What Siddhartha’s story tells us is the individual’s ability to break free from narrow walls that are created by the society. An individual has the ability to learn on his own what peace and contentment is and has the ability to transform his life like the great Gautama Buddha himself. Hesse’s portrayal of this story has some limitations historically but he is correct ideologically and thus we get to learn something from someone who is a master at what he does.
This is for the contemporary reader, a classic novel because its accessible description of Buddhist philosophy for a Westernized audience. It speaks to a culture that has become jaded by the empty promises of material wealth and sceptical of organized religion, and to readers intent on finding peaceful solutions to all types of conflict.