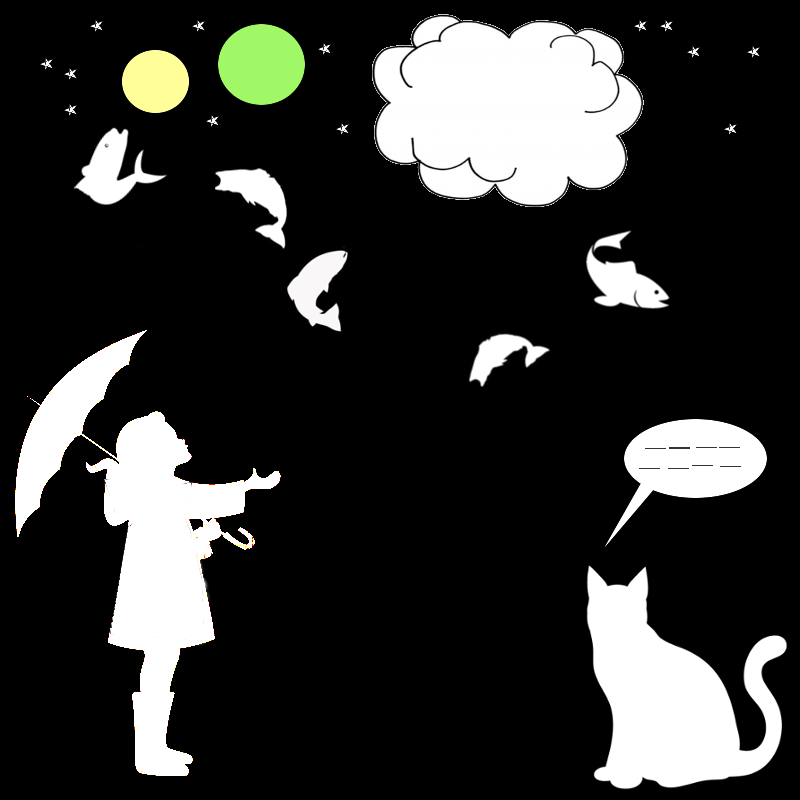 I collect records. And cats. I don’t have any cats right now. But if I’m taking a walk and I see a cat, I’m happy.

Winter mornings have an air of sordid calmness about them.

Stealthy the sunshine crept in through the boxed windows and fell upon a portrait whose eyes were nothing but Death. Sleep induced brain registered later, that I was looking at a portrait of Kafka that hung sadly in my room, but in that hazy confusion, the eyes were all that mattered. While I was trying with my might to understand those eyes, I remembered few lines from Eliot’s Prufrock.

When the evening is spread out against the sky

His eyes were that ‘evening’ to me and I shuddered and found myself under a sky with two moons and fishes pouring from the sky. I shuddered and remembered that socially challenged person, thrusting me in a vacuum of real and unreal, dream and illusion. I remembered the cat lover, the Jazz lover, Haruki Murakami.

I met Murakami in an accurate time setting, when my Time was hard and things were  amiss. The journey started with Norwegian Wood which was a ‘million copy bestseller’ and also paved his way to literary success. A story of love, sexuality and loss and Murakami’s de facto opinions about his generation, I was taken aback to read such a unique love story.

In an interview for The Paris Review, Murakami mentioned that writing this novel was nothing but a strategy. Being a surrealist writer, he wanted a breakthrough into the ‘mainstream’ because he understood that though his style and prose were easy to read but ‘the story is complicated and very hard to follow’. The strategy was implanted to attract readers to fall in love with him so that they rack their brains and assimilate all that he wrote, writes and will write. Thus, the pleasurably painful obsession began. Undoubtedly Norwegian Wood was a literary success but the pangs of loss and confusion, torn apart between heart wrenching pangs of love that is so fundamental like the perpetual sunrise and sunset is evident in the short novel named South of the Border, West of the Sun. Your mind will feel a repressed anger for the protagonist, Hajime but deep down somewhere, in an abyss filled with secrets in you, you will empathize with him.  When the novel ended within two sleepless nights in a row, I looked at things differently. I looked at Time and Space in open spectrums: at least I tried. In a documentary made on Murakami, Jay Rubin, who has translated many a works of Murakami from Japanese to English, rightly said that readers are bound to undergo an undeniable metamorphosis, almost equivalent to a physical transformation at times.

The colossal existence of fantasy, the border line of real and unreal is evident in Kafka on the Shore, 1Q84 and Dance Dance Dance. In the first mentioned novel, the protagonist Kafka Tamura turns out to be the ‘strongest’ fifteen year old boy accompanied by his alter ego named Crow. Murakami touches the chord of oedipal curse through the character. Latent sexuality oozes out through the story, so poetic at times metamorphosing into boundless romance concerning the character of Miss Saeki. Satoru Nakata conversing with cats will leave you with an indefinable awe where you will feel perplexed about the fact that whether you should feel mesmerized or feel an uncanny chill. 1Q84 is an amalgamation of all fundamental secrets of your existence. A world of two moons, incomplete love reaching its climactic completion- the novel minutely wove perfect fictionalized characters and situations in such a realistic manner, that I sometimes found myself looking out for two moons up in the sky or waiting for the NHK man to come knocking at the door. Dance Dance Dance deals with loss, abandonment and the surreal adventures of the unnamed protagonist who goes back to the Dolphin Hotel that he had been once, to solve the complex riddles that he has been infected with. The protagonist meets the Sheep Man there who is awkwardly dressed in sheep skin and speaks in an unpunctuated manner, and is said to be hiding from War and Civilization. The novel includes alienation and finally the curtain falls with human connection. The novels by this literary genius are not mere novels on paper and ink. They are metaphors and allegories that we need to detect, almost the key of our pithy existence. A mere lifetime won’t be enough in decoding these. Fantasy is a word that has been often used here to explain the texture of Murakami novels. In the interview for The Paris Review, he mentions that fantasy is a ‘way of escape’. He questions ‘If you can’t have fantasy, what’s the point of writing a book?’ In the introduction to Blind Willow, Sleeping Woman, which is a collection of 24 short stories, Murakami mentions that writing a short story is like a ‘jazz improvisation’; he will flow with the story and indeed he does. The two noteworthy stories that attracted attention were The Mirror and A ‘poor aunt’ story.

The fourteen year old Murakami developed an interest in Jazz and Classical music. He later opened a coffee house and jazz bar named Peter Cat. There is an undeniable presence of music in his novels. Norwegian Wood is named after a Beatles number, so is South of the Border, West of the Sun, South of the Border being a Nat King Cole number. Murakami manifests silence with Leos Janacek’s Sinfonietta in 1Q84. A friend who has been practicing music for the last 24 years did hit the right chord when he listened to the track. In broken phrases, he had emphasized on the word ‘quest’ and ‘transition of thoughts’ that was parallel with the transitions in the texture of music’. Aomame too had a cloud of thoughts and she too was searching for something unknown while she waited inside the cab amidst a traffic jam listening to this ethereal piece. He also stressed on dynamics and damage, a combination of steady and unsteady, a process of perpetual destruction and construction. The characters of 1Q84 are synonymous to the pattern of Sinfonietta. Everyone is rediscovering themselves, testing their limits, amending the loopholes and is going back to the motion of life. Therefore, Janacek’s Sinfonietta emerges out to be a metaphor in the novel.

There is a common saying that every good thing come to an end. In a stretch of nine months, completing some of the major works by Murakami has left me with an unquenchable thirst for the rest of his works but something stops me. Rewind is a warm word when it comes to these infinite creations by him.I shall rewind yet again, for the next nine months with these same novels again. The journey has begun with Kafka on the Shore. He rightly wrote that ‘once you let yourself grow close to someone, cutting the ties could be painful’. Indeed, it will be painful, or rather impossible to make this socially crippled man nonexistent in the novel reading process and post novel hangover mechanism.