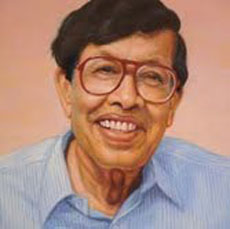 Anant Pai, or Uncle Pai as he is more popularly known as, the creator of the timeless delights for children- Amar Chitra Katha and Tinkle must have been the hero during most of our childhood.

Anant Pai used to get credited as Anant Pai ‘Partha’ in the initial Amar Chitrakathas. He ran Partha features for almost 21 years and the books that he wrote many self-help books to improve memory and develop self-confidence, and parenting. These books became best sellers, with more than 20 editions. Prior to that he was also involved with Indrajal Comics which was started by TOI in March, 196, right from its inception. With Indrajal Comics turning 50 years old this March, we bring to you a few excerpts of an exclusive interview of Anant Pai, which was taken by Alok Sharma, a few months before Anant Pai passed away in 2011. Here is Anant Pai recollecting memoirs of his journey with Indian comics-

“I was always interested in comics. Earlier I was a junior executive at India Book House. Later when TOI started their book division, I got a job there. 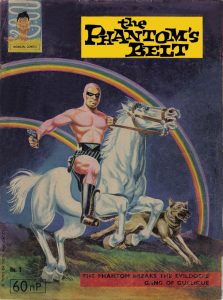 You might be surprised to know that Indrajal Comics was started only so that the unused printing machines at TOI could be put to some use. One day my boss PK Roy called me and said that we might get the copyright for Superman and asked me if it would be right to print it? I conducted a small survey in which about 60 people participated. I found that the most popular was Phantom. Why? Because it used to appear in several newspapers and magazines. We signed up for the rights of Phantom and thus started Indrajal Comics (IJC). But I was not happy about the fact that we were introducing our children to a foreign character.

So I suggested Mr Roy that we should print 16 pages of Phantom and get the rest done by Indian artists and writers and then present it to the children. Foreign comics may be circulated here but we can portray our mirror images only in comics made in India itself.

I then started a series called “Around the World with Kunju Pillai” for these remaining pages. This character called Kunju Pillai goes out on a world-tour and this is how children get to learn about the world from him.

I used to take Kunju Pillai to the Foreign Consulates with the hope to get some help from them so that we could make it better with more detailed information. It was not easy to make a comic.

Later, with the help of Feature Agency owner Ramesh Jain, Artist Pratap Mullick and writer Aabid Surti, I started Rangrekha Features as well, where we made suspense and action comics. 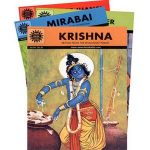 Telling stories through pictures is an ancient practice. Even the early man in the prehistoric age used to tell stories of his hunting experiences by drawing pictures. It is through storytelling that we can teach our children about our culture and show them the right path. And if the stories could be told through beautiful illustrations, then nothing can be better than that. With this thought in mind, we started Amar Chitrakatha.

For the naming of the comic, we took suggestions from many people. I was having lunch with B R Bhagwat in a hotel at MG Road, when I told him that we still haven’t been able to decide the name, and he suggested that we should name it Amar Chitrakatha.

In 1978 when I was in Delhi for the inauguration of Bagha Jatin ACK, to be inaugurated by the then education minister Prakash Chandra Chunder, he (Mr Chunder) told me that the target of providing primary education to all children is rarely fulfilled as most children do not even reach primary school. And that we have not yet been able to educate the children who reach primary school in a way that they find interesting. When he said this to me, I realized that we must make education more entertaining for our children and was reminded of my characters Ramu and Shamu in Rangrekha features. Through their stories I used to give lessons to children, but with a hint of fun and entertainment too. This was also how the concept for Tinkle was born in my mind. 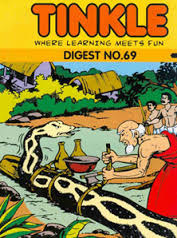 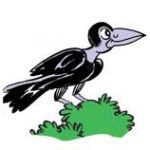 My wife used to feed crows from her kitchen window and of all the crows one crow was her favourite. This crow gave me the inspiration to create ‘Kaalia the crow’

Once I had gone to Solan for some work and when I was in my hotel room, I heard someone call me ‘Pai Sahab’. I was amazed as I was new there and nobody knew me. When I looked back, I saw that it was a Sardar ji who was calling me to return my handkerchief that I had dropped. And he was actually addressing me as ‘Bhai Sahab’ and not ‘Pai Sahab’.

But very soon, the entire country actually started knowing me as ‘Pai’. Children used to call me Uncle Pai. Thre are several instances as such. Once I was on my way to Guwahati and on the way I crossed Kendriya Vidyalayaa, Maligaon. I thought, “Let me go inside and see the school”. The principal almost forced me to stop and meet the children, and immediately announced my arrival on the microphone and arranged for a stage. “You cannot leave without meeting the children.” He said.

About the author- Alok Sharma is a well known writer who has written numerous TV shows and worked on many animation films. He has worked across media with experience in radio, television, animation and of course, comics. He is an avid movie buff, lives on graphic novels and has worked with Gotham Comics and Marvel Comics.