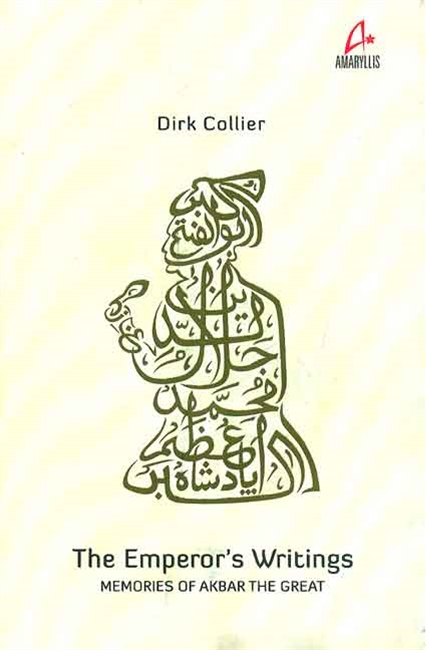 Since childhood, we have been told that Akbar was a very great king. Our history teacher told us how he had to take over the great Mughal Kingdom at the age of 13 but went on to become the greatest Mughal King. He also understood to expand the Mughal kingdom, he will have to befriend the Hindus. Many big budget movies has also been on him and during our childhood, Akbar Khan (of the The Sword of Tipu Sultan fame) also made a TV series on him. However, there has been little knowledge about Akbar the Great in person is with general public in India.

DIrk Collier tells us in his preface that he was reading a few books in the history of Goa in 2002, with vague intent of writing a hitorical novel about Goan inquisition when he discovered that Akbar had invited no less than three Jesuits missions to his court in order to understand Christianity. It was a remarkably tolerant and open-minded attitude for an absolute monarch of his time and this drew the fascination Collier and he admits that as western high schools paid little attention to Akbar in their school books, he has never heard of this great historical character. Collier vigorously researched about the great emperor and the result is this epic sized fictional autobiography.

Mr.Collier tries to show us the personal side of Emperor Akbar, starting from how he was made the Emperor at the age of 13 because of his father’s sudden death and his spectacular rise to power despite overwhelming odds. Akbar knew that nobody could rule over India for long by alienating the Hindus. So, he first abolished the pilgrimage tax on Hindus and then the much-hated jiziya. His philosophy of sulh-i-kul (peace among all) was as much a political masterstroke as personal secular belief. Not many understood this, but he proved to be a good administrator by having the last say.

Mr. Collier also did not shy away from the fact that Akbar, though largely compassionate could also be very vindictive while punishing people he hated. Towards the later part part of his life, he applies restraint to his anger by enacting a law that the death penalty need to be pronounced 3 times.

It was not that Akbar expanded his kingdom only by war. He offered to marry the the daughter of Raja Bihari Mal of Amer (Jaipur). At the time of the marriage, the girl’s family offered to convert to Islam, but .Akbar turned down the offer. There is no evidence that she had to convert to Islam nor her name was Jodha Bai as made popular by the Hindi movies tells Mr. Collier.

Akbar had dyslexia and could not read or write but it is believed that he might have learnt to write towards the end of his life. Mr. Collier used this bit of information to make Akbar write letters to his son Jahangir before making him the emperor of India and ending the strife. Though he had many wives but he had only 3 sons 2 of which had died because of excessive drinking. Salim, born out of his Rajput wife was his last hope.

Mr. Collier was successful in drawing a visual imagery. He slips of at times making minor glitches but he mostly gets it right and the novel becomes an interesting read. Akbar is the greatest Mughal and he is the person who first laid the foundation of Hindustan.

Writing was the last thing on my mind!: Prajwal Parajuly | Interview