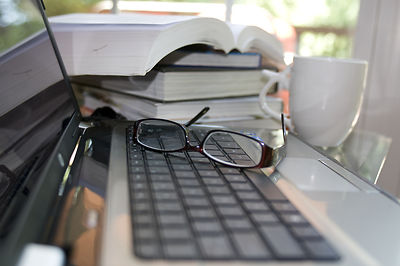 Ruskin Bond published his first novel at the age of 21 years. In fact the youngest author to publish a book in India is Ronen Chatterjee at a very young age of 15 years. Every writer’s dream is to see his valuable words being transformed into a  six and a half by four hard bound book selling at the book stores and being decorated at almost every book shelves conceivable, . but again every writer’s nightmare is getting a publisher to approve his manuscript and publishing it. The nightmare doesn’t end there as the next hard step is finding a distributor and getting it distributed at the retail outlets and of course there are other roadblocks on the way to fame. So in many cases what is usually thought to be the dazzling pathway to fame and glory turns out to be a silent road to ignominy. Why in spite of a publishing boom, increased spending power of the consumer and a receptive market for Indian Authors, only a Chetan Bhagat and an Amish Tripathy manages to grab readers interest. Why are the many talented authors and bloggers still wary of taking the plunge to the next level?

Many bloggers, though accomplished and talented and who are regular with their daily updates, find it difficult to commit themselves to a novel which is more extracting and a slower process than writing short stories or essays. Many opt for anthologies or short story collections, but as Nethra from Fablery publisher states, it is the novel and novella which finds a better market in the country. Worst hit are the poets, because inexplicably poetry doesn’t find a larger market in India. A glance at the poetry sections will only show you a Kamala Das, Rumi or Gulzar at the most. Most publishers are wary of publishing poetry. Most have to go the self publishing route and due to the lack of a professional marketing plan, their books do not get a better visibility.

However assuming a manuscript is done, the next course of action is to get it approved by a publisher. Though most of the publishing firms have an online submission option which makes it easy for an author to submit, it usually has a long waiting period before one can even get an approval . Penguin India in fact has a six month evaluation period before it gives the final nod. Getting a publisher interested in your work is probably the hardest part of the whole process if you are looking for traditional publishing. Harsh Agarwal who has published three books till date- Nazaqat, An excursion of insight and Life in a nutshell – has a fair knowledge of the publishing scenario  and  admits that it wasn’t easy finding a publisher . You have to be constantly after them. Some have taken the help of book agents but ultimately it is your hard work, talent and destiny that comes into play together as can be seen in the case of Kenny Basumatary who is a filmmaker and an author and who shares his experience of publishing his novel Chocolate, Guitars and Momos with us , with those words- ” I didn’t really make too much of an effort in the beginning. I tried to contact a few agents and might’ve mailed a couple of commissioning editors without much luck. Then my Sahitya Akademi Awardee friend Siddhartha Sarmah gave me a couple of email ids. I sent my sample chapters to both, one of them liked it, and that was that.”

But Ankush Saikia who is an accomplished writer from Meghalaya and one who was shortlisted for the Outlook /Picador India non-fiction writing award in 2005 is quite candid about the selection process – “How difficult it is to find a publisher depends on A- how good your book is, how much potential it shows, and, B- if you know anyone in publishing… It took me quite a while to find a publisher for my first book,” he said.

Then again there is the matter of rejections that can be quite a blow to the author’s morale. At a book signing event the famous author Ruskin Bond, had replied to an aspiring author’s concern about how he hadn’t found a publisher for his manuscript in spite of his efforts, as such- “One has to keep on looking for publishers. Someone will surely publish it. Keep trying; there is no other way out”

For the ones who can invest and may want to skip the struggles of finding a publisher , one can always opt for self publishing, which offers a complete package comprising of pre publishing issues, publishing , marketing and publicity too. But self publishing has not really caught on out here and even the few who has resorted to it, were not too satisfied as can be seen by Kenny’s statement – ” I’d thought of going down the self-publishing route, but no one would take you seriously that way. There are quite a few substandard publishing houses nowadays that print so much crap, that if you’ve had to self-publish your book, then it’s either probably very, very niche or very very bad.”

Another brilliant poet who doesn’t wish to be named,had brought out his first book by self publishing and was very much disappointed with the post production attitude of the publisher. There was reportedly no publicity or marketing of his book nor did he receive any communiqué regarding the sales figures and royalty of his book. Surprisingly the publisher had however sent him a proposal for bringing out a second book much later.

But not all had bitter experiences with self publishing. Manisha Rathi author of her successful book The Connection- A surgeon and a soldier, had self published her book from a publisher based in the US. She states that she had a pleasant experience with them and there was complete transparency in all the transactions and services promised.

Shahwar Hussain who has published articles and has done cover features for foreign as well as Indian magazines, is yet to take a plunge with a book. Like many others he is wary of the publishing scenario in India. Most of the time authors are clueless as to whom and how to approach so as to ensure his manuscript being read in all earnestness.

“I have no idea of self publishing but traditional publishing sometime asks for a lot of money and many writers don’t have much money to spare” says Shahwar voicing the concerns of the section of hesitant authors who are in the brink of taking the next step to publishing.

Even then, even after the book is published , the authors and in some cases the publishers, their woes don’t end there. There lies the next huge step of publicity and marketing to reach a mass audience. An inadequate marketing will spell the death sentence for a book no matter how good it is.

The success of Amish’s Shiva’s Trilogy is the perfect example of a brilliant marketing tactic.

Fablery which do not charge anything for publishing, keeps the condition that the bulk of marketing and publicity has to be undertaken by the author himself which is fair enough . Though social media is a great medium to advertise your books but with time it is getting more complex and innovative with Bollywood bonanza style book launches, book trailers and tours vying for the readers’ attention. If you can afford a PR agency or PR manager then you still have a better chance than those who don’t.

Though in the long run a book sells by its merit but having the right contacts, right tools is like enjoying the ‘headstart’ of a Temple run computer game , which is great initially but after which you are on your own to hold the readers’ attention and appreciation. But yes , that ‘headstart’ do matter a lot for starters.

No matter how much the hardship, publishing a book is still a safer and lucrative bet just like Harsh says-” I guess it’s good if you are confident that you can sell your books, but it takes a lot of effort And of course investment. But if you have right links, it is actually better.”

On asking about the post production issues of royalty, distribution and sales figure (as it is a grey area still, as far as tracing the sales of a book matter), of the authors, Nethra a publisher says, there has to be some amount of trust by the author upon the publishers too.

Kafka on the Shore – A book review !