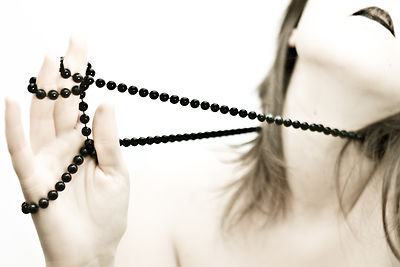 Why should Girls take all the Blame?

Girlfriends have been forever construed in a typical way. They are always portrayed in the limelight as a creature that is unpredictable and someone created to make the life of the opposite sex less happy in some way or another. Beginning from the childhood, when ‘woman hater club’ in Little Rascal tickles to Teenage when Chickipedia inspires, a girlfriend is nothing but harassment. They say girlfriends are unpredictable .To what extent is that agreeable. She cries when she is sad, she laughs when happy, she fights when she is jealous and she shouts when she is angry .Yes, she is emotional but it is emotions that fills your world with colours.

The aim of this piece is not to criticize boyfriends but an attempt to shift the focus from the one sided evaluation of a relation which has been always biased. Pyaar Ka Punchnama is applauded as the basic and exact scenario of a relation but He Is Not Just That into You is just another chick flick for boys. Every time Eve is used as an evidence to accuse woman as the cause of downfall. Eve is accused of persuading Adam to eat the forbidden apple. But how do you know that the snake via which Satan manipulated Eve was not a male. And come one, it was Adam’s fault if he was so dumb and weak that he couldn’t convince his girlfriend not to eat the apple.

There are all kinds of boyfriends. Girls, you need to know your kind and be secured. Based on my encounter with some nasty and disastrous relation experiences and on a general observation on relations of people around me, let me point out certain types of boyfriend.

He is always there for you, he forever takes care of you, and he fights for you, he gets jealous when you talk of other boys. In short, he does everything that a boyfriend does but when you pop up the question as to why he care so much, he is mute. He is a boyfriend without the tag because apparently he is allergic to the word ‘boyfriend’. Now, it may be because he is afraid of commitment or he is afraid to lose your friendship if the relation doesn’t work. But the fact remains that he loves you.

Let me be polite and not use the word possessive or nagging boyfriend .He will have question about every boy (be it friend, neighbour, classmate, the list goes on) and at one point or other, he will have problem with each of them. If your phone is busy, if you go somewhere without his knowledge, if you are friend with your ex, if you are with someone he doesn’t like, if his friends like you ,you are sure to have fights which will make no sense. I guess, it won’t be difficult to carry such a relation if you understand him well. But to understand him, you will need ways which doesn’t exist. So if you are with this species of boyfriend, Lord save you.

Adorable and harmless species. He may be socially incompetent and unable to make contact with girls, but if he says he love you, you are lucky .you are probably the only girl with whom he feels comfortable. You complete his world and he tries to be a good boyfriend. He may not always succeed to comply with your expectations but he tries. He is sweet. But wait; there are two kinds of geeks. a) The genuine geek and b) the fake ones. Initially the latter will bear the characteristics of the former type but when it rains, the paint comes off and you can make out the difference. He will appear as the innocent sufferer and make you feel like the comforter. He will have a long list of girlfriends in the past, not because he loves them but because every failure and miseries of his life are supposed to be dedicated to each of the past. Girls, if you are with the former, it’s easy but if you are trapped with the second, only God can save you

He loves you at this moment and the next moment he may not be happy with you. He loves you but he is not sure if he can keep you happy. He thanks you for making his life beautiful today; tomorrow he will complain to his friend that you make it hell. Today he may love you; tomorrow he may leave you for another girl. He is like the ‘fair weather boyfriend’. This species of boyfriend is risky. You must be careful

It gives me immense pleasure to vouch that this species of boyfriend exists. He will know you, fall in love with you and hold your hand never to leave you. He knows how to be happy and he keeps you happy. He may carry a baggage (everyone does) but he won’t lie or cheat. He accepts you as you are and love you for what you are. Starting from your family to friends, he wins everyone’s heart. He is Mr Right. It may take some time for him to reach you but when you have, don’t let him go.

Nobody is perfect. Everybody makes mistake. So why to make a big deal if girlfriends irritate or trouble at times. Boyfriends irritates and troubles too, but a relationship works because a girl in love understands the value of kindness and compromise. And as Cecily von Ziegesar  in  You Know You Love Me says “Give a girl a boyfriend and she becomes a total expert on relationships”